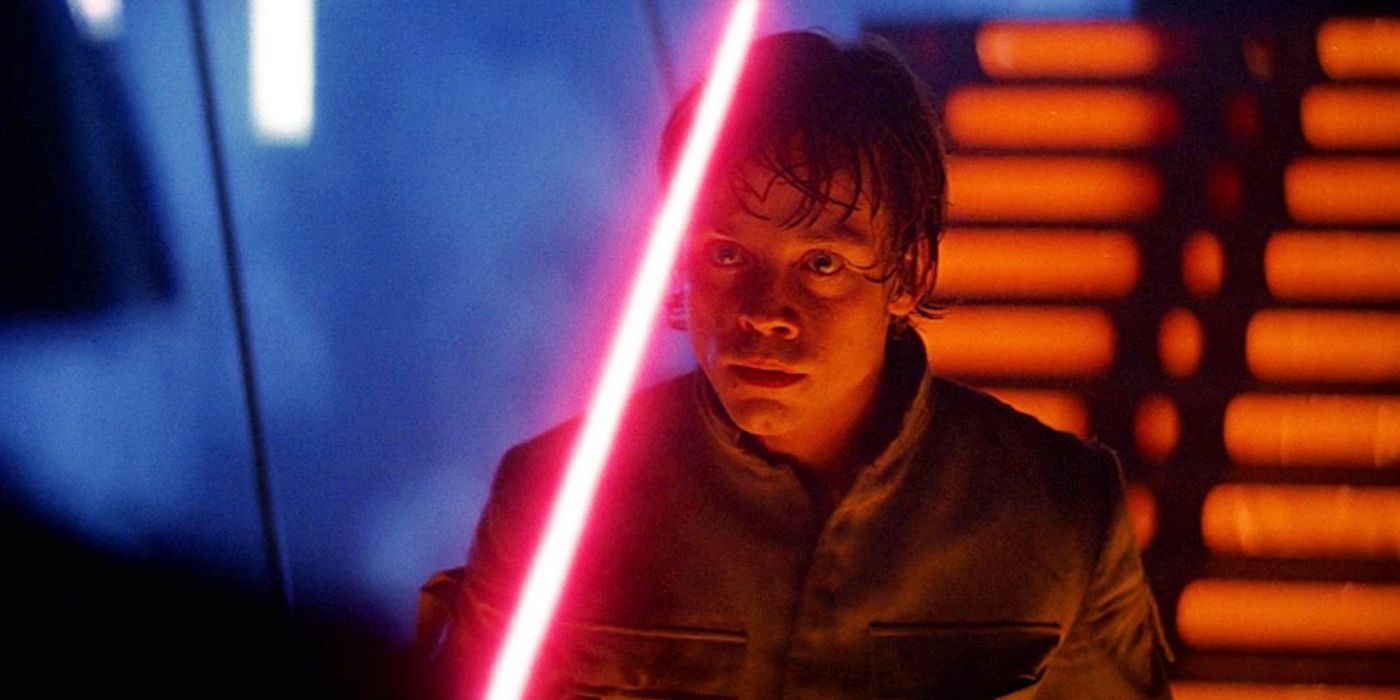 Mark Hamill reveals just how difficult it was to shoot the fateful lightsaber duel in Star Wars: The Empire Strikes Back. After Star Wars: A New Hope proved to be a massive success, Star Wars: The Empire Strikes Back follows Luke Skywalker’s journey to train with Master Yoda before facing off against Darth Vader – the person who supposedly killed his father. While dueling, Luke discovers the horrific fact that Vader truly is his father, and he has been manipulated all along. Unfortunately, he doesn’t have much time to process the revelation before jumping to near death.

While “I am your father” has become Star Wars‘ most famous quote, there is more to the scene than Vader’s admission. The lightsaber duel itself was a harsh and difficult affair that left even the actors struggling for breath — let alone the characters. In an interview with Empire Magazine, Hamill admitted that filming the lightsaber duel was so harsh that he was actively losing weight and sweating all over the set. It is a heavy burden to film a Star Wars: The Empire Strikes Back fight, even if Hamill views it positively. Check out Hamill’s quote below via CBR:

“They had to keep mopping me down because, as I would do the physicality of the fight choreography, I would sweat buckets. Once the choreography became second nature to me, it felt really good. Also, it was a great way to lose weight. You can eat anything you want, and you lose many pounds per week. It’s difficult but satisfying.”

Related: Star Wars’ Next Trilogy Can Learn From Lucas’ Prequels

How Lightsaber Battles Are Filmed

In Star Wars, lightsabers are usually a practical effect, mixed with some digital imaging after the filming is done. Originally, each saber was little more than an aluminum rod with reflective tape attached. Once the scene was finished filming, rotoscoping technology would be used to add the Star Wars lightsaber brightness and colors in post-production through digital animation. With Star Wars: The Empire Strikes Back, the reflective tape was removed, as it shone awkwardly in combat, and was eventually replaced with simple stick swords that were manipulated in later animation. With Hamill having to actually engage in practical sword fighting, it explains why he grew tired.

After Star Wars: The Empire Strikes Back and Star Wars: Return of the Jedi, CGI replaced much of the practical work. While there were physical lightsabers, they were little more than bland rods, while VFX artists took up the challenge of turning thin rods into bright and burning swords. In the sequel trilogy, the actors once again took advantage of illuminated rods, though they were made to look much more like lightsabers than simple glowing sticks. Post-production added more brightness and the iconic sounds of the lightsaber. While Andor is moving away from CGI trends, lightsabers always need some computer-generated help.

Will Luke Skywalker Ever Return To The Star Wars Universe?

After he died in Star Wars: The Last Jedi, Luke appeared in the Star Wars universe again, either as a Force ghost or in an earlier section of his timeline. With that in mind, it would be strange if Luke didn’t show up again in the wider Star Wars universe. As an ally in The Mandalorian and a major piece of the Rebellion that will rise out of Andor, Luke is likely to appear at some point before his death, especially with Ahsoka on the way. As for movies, Luke always has the opportunity to appear as a Force Ghost, as he did in Star Wars: The Rise of Skywalker, if a project is set after his demise. It is unclear if Star Wars will ever show Luke at his prime, but Mark Hamill will likely never have to shoot an arduous scene like a lightsaber duel in Star Wars: The Empire Strikes Back again.

More: The Sequels’ Luke Skywalker Change Was Revealed Earlier Than You Think