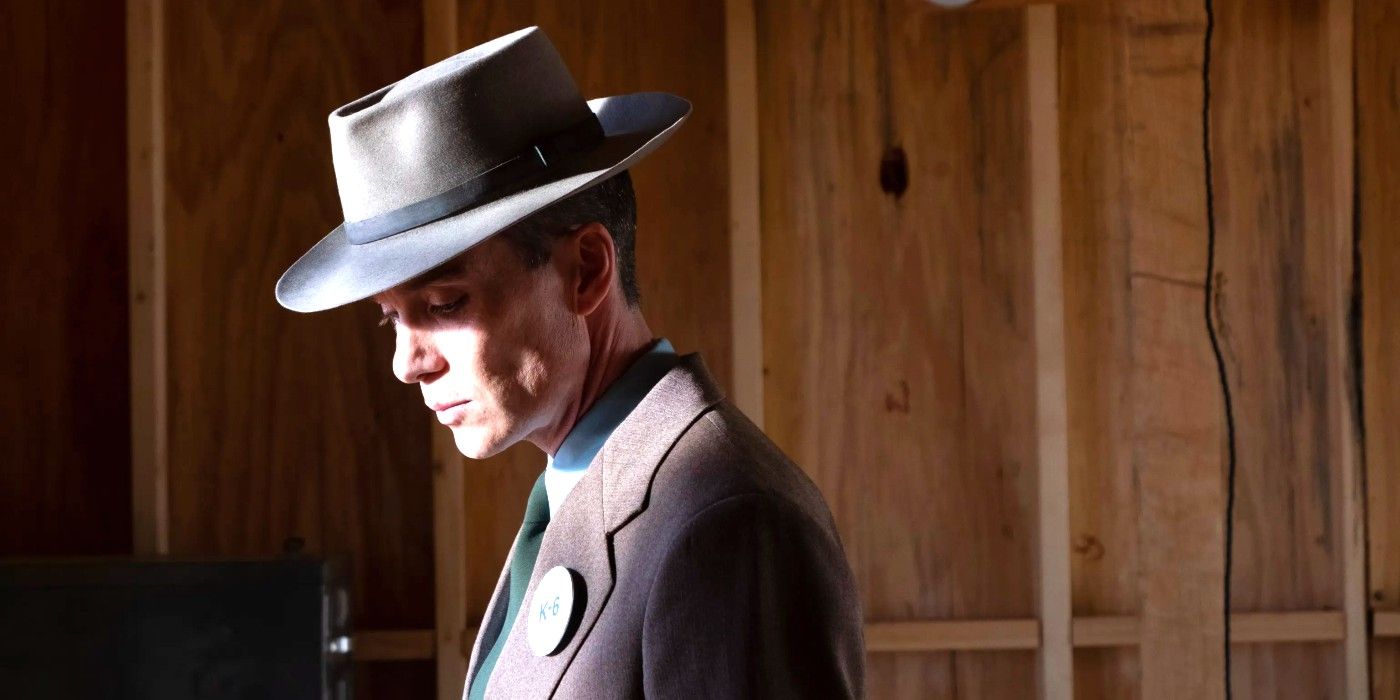 A new Oppenheimer image shows the titular physicist in vibrant color. After appearing in five Christopher Nolan films (The Dark Knight trilogy, Inception, and Dunkirk), Cillian Murphy leads the cast of the visionary director’s new movie as J. Robert Oppenheimer, a theoretical physicist whose work on the Manhattan Project led to the creation of the atomic bomb. While the film features a star-studded ensemble cast, Universal’s marketing campaign has mostly focused on the famous physicist while also showcasing the film’s historic black-and-white photography.

Now, in a departure from the past posters and images which have mostly been in black-and-white, the latest Oppenheimer image shows Murphy’s main character in vibrant color. Shared as part of USA Today‘s 2023 movie preview, the new image shows Oppenheimer stoically staring downward, his face illuminated by a mysterious glow, likely originating from a nuclear device. Check out the new image below:

Related: Why Oppenheimer Will Be Nolan’s Most Important Movie Since The Dark Knight

Oppenheimer’s Use of Black & White Vs. Color Explained

Nolan previously used both black-and-white and color in Memento, a technique that he brought back for Oppenheimer. In his breakout film from 2000, the director shifted between black-and-white and color to differentiate between the two timelines. In all likelihood, Nolan will use this visual trick similarly in his new film. Based on the second Oppenheimer trailer which was all in color and chronicled the creation of the bomb, the scenes in which Oppenheimer and his fellow Manhattan Project scientists are researching and developing the nuclear weapon will likely be presented in color.

In contrast, Oppenheimer‘s black-and-white scenes will likely take place after the bomb was created and detonated. During this time, Oppenheimer was faced with many concerns about the weapon he created and feared how it might be used in the future. The use of black-and-white during these scenes likely represents the bleakness of his inner conflict. Also, during the Red Scare, Oppenheimer’s affiliations with the Communist Party led to his security clearance being revoked after a high-publicized hearing, scenes which will likely be presented in black-and-white.

To shoot Oppenheimer‘s scenes in black-and-white for the IMAX experience, Nolan had Kodak and Fotokem develop an entirely new type of film to make this feat possible. As a result, Oppenheimer makes movie history as the first large-format film to ever shoot in black and white. Other than its star-studded cast and stunning nuclear explosions, Oppenheimer‘s use of black-and-white versus color will be one of the most intriguing visuals to see when Nolan’s latest spectacle releases in theaters on July 21, 2023.

More: Why Nolan’s Oppenheimer Movie Won’t Be As Divisive As Tenet