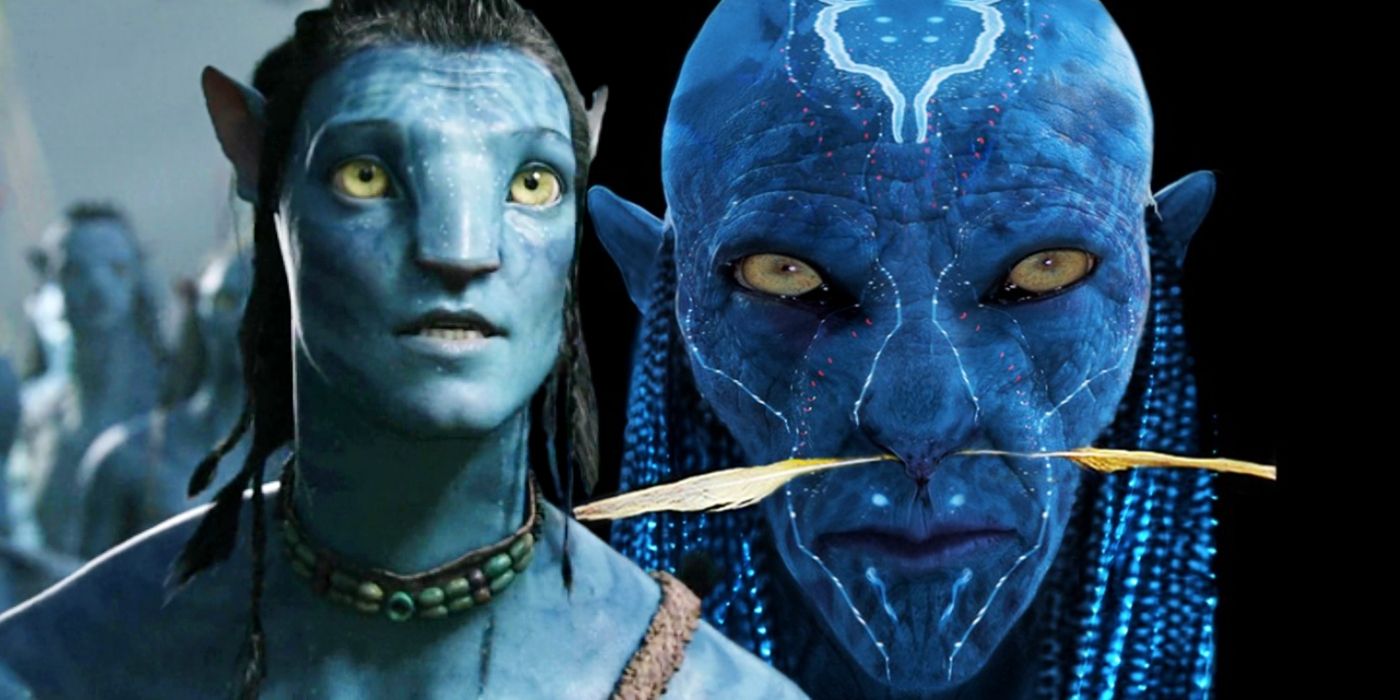 An alternate design for the Na’vi in James Cameron’s original Avatar is revealed in an early piece of concept art for the hit 2009 film.

An early piece of Avatar concept art reveals an unused design for a Na’vi elder in James Cameron’s original film. Released in 2009, Avatar tells the story of paraplegic marine Jake Sully (Sam Worthington), who is tasked with using an avatar body in order to infiltrate a community of Na’vi, the native inhabitants of the alien moon of Pandora. Jake’s task is made more complicated, however, when he falls in love with Neytiri (Zoe Saldaña), the daughter of a Na’vi chieftain. The film was a massive hit financially and was widely praised for its world-building and jaw-dropping visual effects. 13 years later, audiences returned to the world of Pandora in Avatar: The Way of Water, Cameron’s long-awaited follow-up.

A piece of concept art shared by artist Joseph C. Pepe, which is featured in The Art of Avatar: James Cameron’s Epic Adventure, highlights just how daunting a task it was to create all of Avatar‘s flora and fauna, especially the Na’vi.

The art, which is from very early on in development in 2004 long before creature designs had been finalized, is a mock-up of a male Na’vi elder. Although many elements of the design would be changed and refined as development went on, the Na’vis’ distinct bioluminescence was seemingly a key element from the very early stages.

Related: Avatar 2’s Coffee Obsession Is Deeper Than You Think

Although it was unclear whether there would still be any interest in the franchise after 13 years, Avatar: The Way of Water has been an undisputable success. The film is currently the 6th highest-grossing movie of all time and is likely to climb even further up that list in the weeks to come. Now, as has been confirmed by Cameron himself, the Avatar franchise is set to continue with a series of sequels. Avatar 3 was filmed concurrently with the most recent sequel and is currently in post-production, with a release date currently set for 2024. Even though the film is still two years away, plot details have already been released, teasing a further expansion of the world of the story, including new locations and a new volcano-based tribe of Na’vi.

In addition to Avatar 3, Cameron also has plans for Avatar 4 and 5. All four sequels to the first movie were planned and written at the same time, meaning the overarching story for the franchise and the Sully family has already been completely mapped out. Fewer details are known about Avatar 4 at this point, but Cameron has confirmed that part of the first act has already been filmed. The film is expected to further explore the world of the story and Cameron has teased that Avatar 4, in particular, features a major turning point for the franchise. It’s also been teased that the fifth and final movie will take place partially on Earth, a first for the Pandora-based franchise.

Many questions remain about the future Avatar sequels, but Cameron recently clarified that the entire Sully family will remain at the center of the story for all the films, assuaging any concerns that Jake and Neytiri will be passing the baton to the younger generation. Considering the third movie has already been filmed, it seems very likely that it will retain its 2024 release date, but it’s less clear if the subsequent Avatar sequels will keep their dates for 2026 and 2028, respectively. In any case, though, more Pandora and more Na’vi action is definitely on the way!