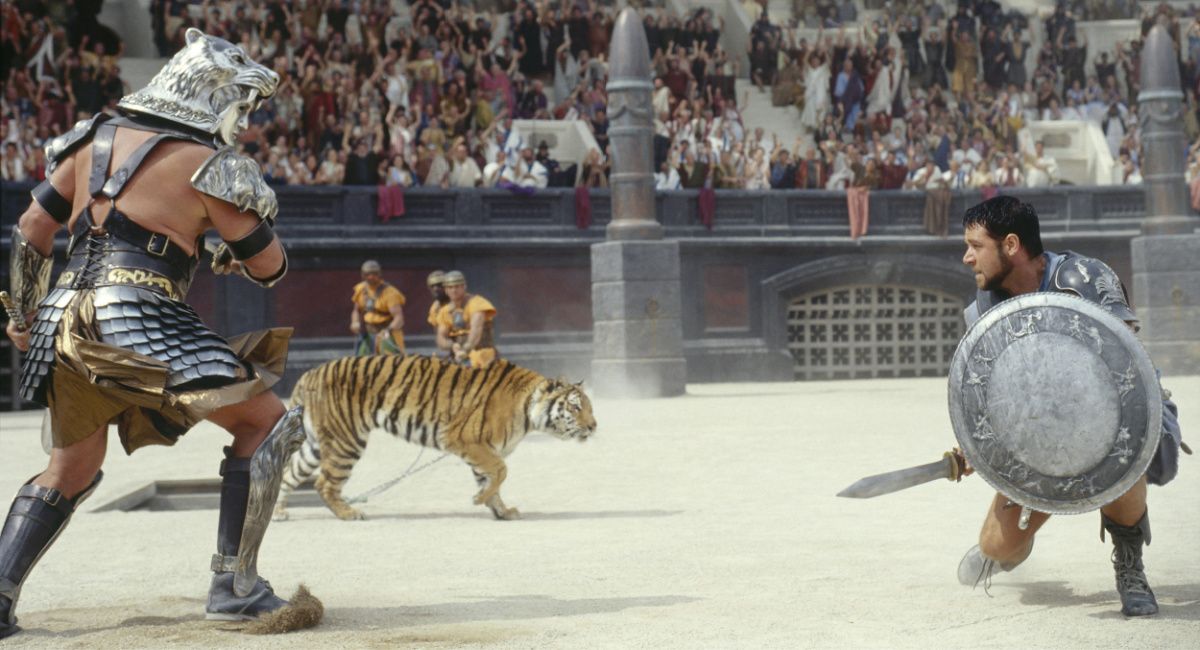 Ridley Scott is hoping you’ll be entertained all over again, as he’s now fully gearing up to make the sequel to 2000 epic ‘Gladiator’.

It has been a long (Roman) road to a sequel, with chatter about it popping up from time to time through the years and mentions of scripts having been bashed out.

The movie is much closer to happening now, with a current draft of the screenplay by David Scarpa, who previously wrote ‘All the Money in the World’ for the director.

Scott, who seems to become more prolific as he ages, has most recently been working on a movie about ‘Napoleon,’ starring Joaquin Phoenix, has decided that the time and the script is right to revisit the world of ‘Gladiator’, and Irish actor Paul Mescal is reportedly his choice for the lead role.

The original, as you may well know, starred Russell Crowe as Maximus Decimus Meridius, a successful general in the Roman army who was betrayed by incoming Emperor Commodus (Joaquin Phoenix) when the military man refused to swear allegiance to Commodus.

Exiled, his family murdered, he ended up a gladiator, rising through the ranks in the area until he was able to confront Commodus himself. But––and spoiler alert for a nearly 23-year-old film––while he was able to kill the sneering Emperor, it came at the cost of his own life. Which means that Crowe won’t be showing up in the sequel unless he’s become some sort of advisory ghost.

Paul Mescal from an exclusive interview with Moviefone for A24’s ‘God’s Creatures.’

According to Deadline, Mescal is now top choice to play Lucius, the son of Lucilla (Connie Nielsen), who now is a grown man as the story takes place years after the first film ended. Lucius was also the nephew of Commodus (Phoenix), the son of Roman leader Marcus Aurelius ( who murdered his father seized the throne and wound up in the gladiator ring with Maximus — who, though mortally wounded, skewered the emperor before fading into the great beyond to reunite with his slain wife and son. Maximus saved the boy and his mother while avenging his own family and left a strong impression on the young Lucius.

Mescal feels like a fine choice to play the grown Lucius, having shown the dramatic chops to carry a role such as this and the muscular physique the role might demand.

And though he hasn’t gravitated towards big studio projects––since ‘Normal People’ sent his star rising, he’s also appeared in the likes of indie drama ‘God’s Creatures’––working with Scott is something few actors would turn down.

Deadline’s report also includes mention that the actor had a great meeting with Scott about the role and though he was one of the first considered, he’s stuck in the director’s mind and a deal is now being hammered out for him to star.

Scott will reunite with the first film’s costume designer, Janty Yates and production designer Arthur Max. And while Universal and DreamWorks were behind the first film, Paramount is backing this one––though Universal has an option to jump aboard if the studio chooses.