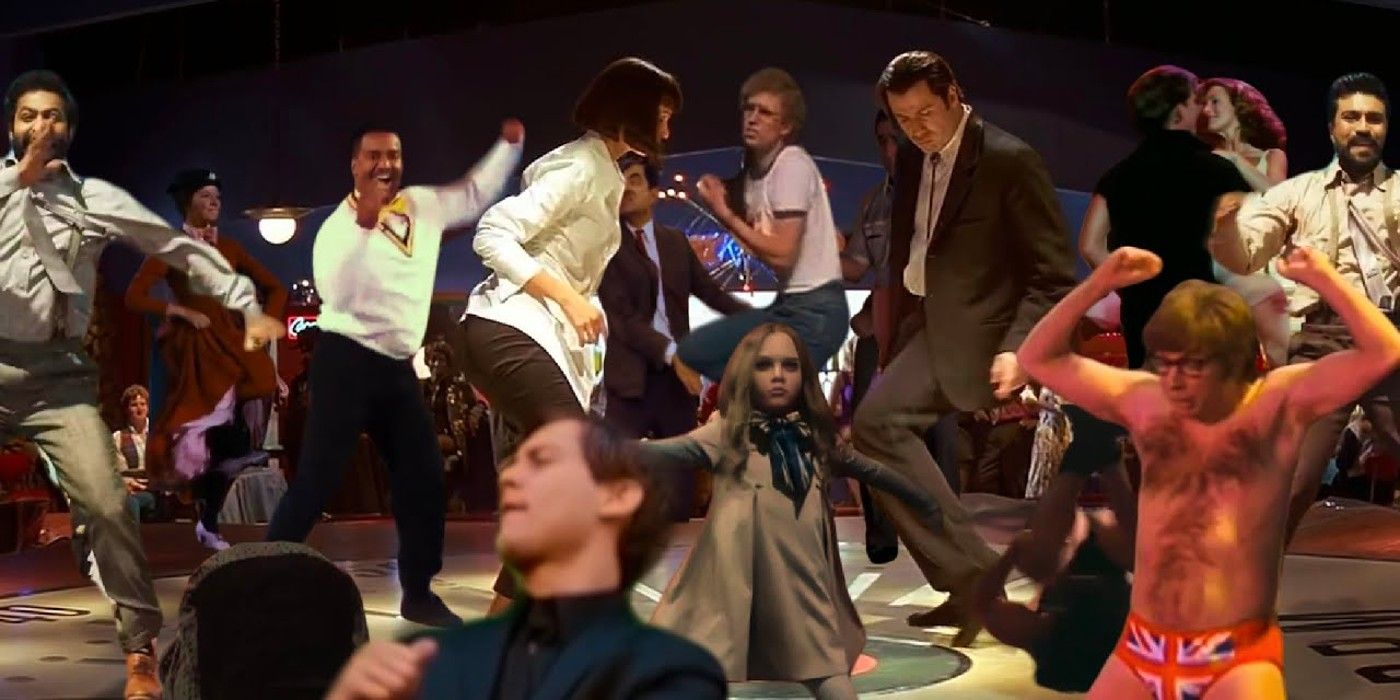 An ultimate dance party compilation video unites Pulp Fiction with M3GAN, Adam West’s Batman, and many more. Since the inception of motion pictures during the 1890s, the art of dance and film have been heavily intertwined, especially during the golden age of movie musicals which began in the 1930s, to the popular dance movies of the 1980s, such as Flash Dance, Foot Loose, and Dirty Dancing. However, it wasn’t until 1994 that one of the best dance sequences in history was put on film in Quentin Tarantino’s seminal masterpiece, Pulp Fiction.

Now, an ultimate dance party compilation created by comedian and filmmaker Matthew Highton is mashing up some of the most famous dance sequences from movies and television.

Using John Travolta and Uma Thurman’s famous Pulp Fiction dance as its foundation, the video brings in a bunch of famous dance moments from M3GAN, the 1960’s Batman series, Netflix’s Wednesday, Spider-Man 3‘s Bully Maguire, and many more. Watch the video above.

Every Movie & TV Show Featured In The Dance Party Video

In just one minute and 15 seconds, the ultimate dance party video manages to cram in over 30 of the most famous dance sequences from film and television. The video starts with Pulp Fiction and Napoleon Dynamite while showing glimpses of 1980s classics, such as Flash Dance, The Blues Brothers, Dirty Dancing, Kickboxer, The Breakfast Club, and Big. A few more modern inclusions are M3GAN, Wednesday, and the “Naatu Naatu” dance from the Indian blockbuster RRR, which recently won the Golden Globe for Best Original Song.

The ultimate compilation includes superhero dances, especially Adam West’s Batman and Bully Maguire from Spider-Man 3, making well-deserved appearances. A few other unexpected but welcome inclusions in the video are Ross and Monica’s dance from Friends, Oscar Isaac from the sci-fi film Ex Machina, and Nicolas Cage in Willy’s Wonderland. On the other hand, it’s not surprising to see Mr. Bean’s Holiday, 1964’s Mary Poppins, Magic Mike, Austin Powers, You Got Served, Saturday Night Fever, Risky Business, Mrs. Doubtfire, and Carlton’s dance from Fresh Prince of Bel-Air. Like Pulp Fiction, a few other 1990s classics in the video are Titanic, The Dude from The Big Lebowski, Jim Carrey’s The Mask, and the somewhat forgotten Romy and Michele’s High School Reunion.

The compilation also has Wednesday and M3GAN‘s dances, which have recently become viral sensations online. These dances are so enjoyable to watch since the inherently cheerful activity contrasts with the morose teen and the killer robot, and multiple TikTok dance tutorials have sprung up online and inspired the masses to replicate the dance routines. The advent of social media has only increased the popularity of dance in film and television, and from Pulp Fiction‘s lasting popularity to new sensations like Jenna Ortega’s Wednesday and M3GAN‘s killer doll dance, it doesn’t appear to be going out of style anytime soon.