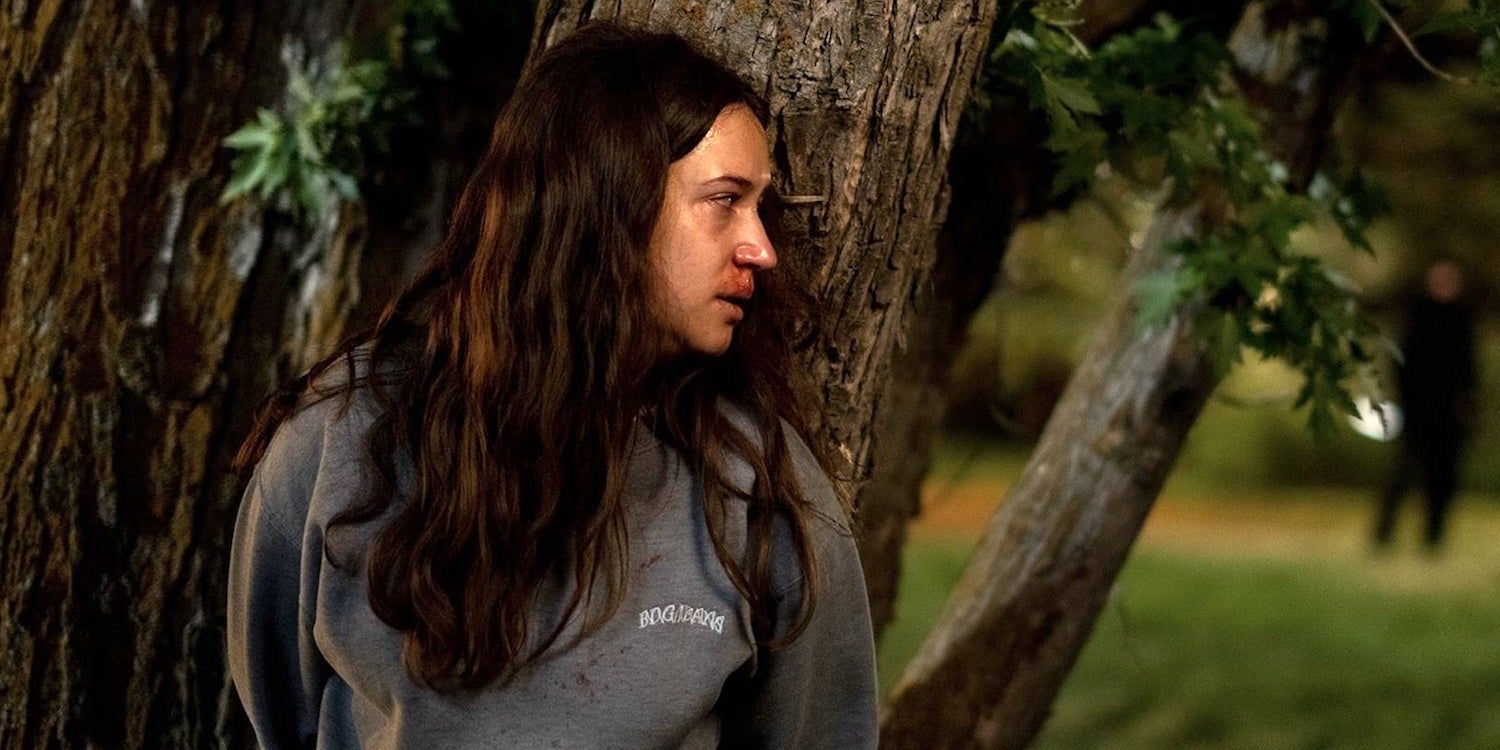 The official trailer has arrived for Sick, a new slasher based on an original story from Scream screenwriter Kevin Williamson, with the screenplay written by Katelynn Crabb. The film is premiering on Peacock on – appropriately – this month’s upcoming Friday the 13th, exactly one week from the time of writing. Set in the early days of the COVID-19 pandemic in April 2020, the film follows two young women who decide to spend quarantine in a lavish vacation home by the lake, only to have a masked killer arrive at the property ready to wreak havoc. Directed by John Hyams, Sick stars Gideon Adlon, Bethlehem Million, Marc Menchaca, Jane Adams, and Teen Wolf‘s Dylan Sprayberry.

Today, Peacock shared the official trailer for Sick, offering a closer glimpse at the horror film’s blend of fright and laughs. A horror-comedy in the vein of Scream, the film offers a satirical look at the ways different people responded to COVID safety precautions (including masking and wiping down their groceries). However, it doesn’t skimp on the scares, showing just how dangerous true isolation can be when a knife-wielding killer is on the loose. Check out the trailer below:

Related: Breaking Down Every Scream 6 Story Clue Hidden In The Poster

Williamson has never strayed too far from the slasher genre, continuing to shepherd the Scream franchise even after he stepped down as the main screenwriter. However, his primary work in recent years has been in shepherding various popular television properties to the screen, including The Vampire Diaries and Dawson’s Creek. Sick will be the first time he has returned to the slasher genre in a writing capacity since 2011’s Scream 4, which itself was his first return since providing the story for 2000’s Scream 3.

Despite prioritizing other genres in recent years, Williamson is a titanic figure in the state of the modern slasher film. After the Golden Era of the subgenre, which had its heyday in the 1980s with franchises including Friday the 13th, A Nightmare on Elm Street, and Halloween, the slasher was thought to be dead by the mid-1990s until Williamson swooped in with his loving homage in 1996’s Scream. The smash hit film single-handedly launched a long-running franchise and revitalized the genre, sending it in a more postmodern, self-referential direction.

After Scream there was a glut of slasher films, both original properties like Urban Legend and sequels from then-dormant franchises like Bride of Chucky. Williamson himself contributed to this boom with films including I Know What You Did Last Summer and Scream 2, as well as his largely uncredited work on Halloween H20: Twenty Years Later. Sick looks to be a return to form for the iconic slasher maven, which should delight horror fans around the world.

More: Scream 6 Drops A Subtle Hint Sam Is Now The Key To The Franchise