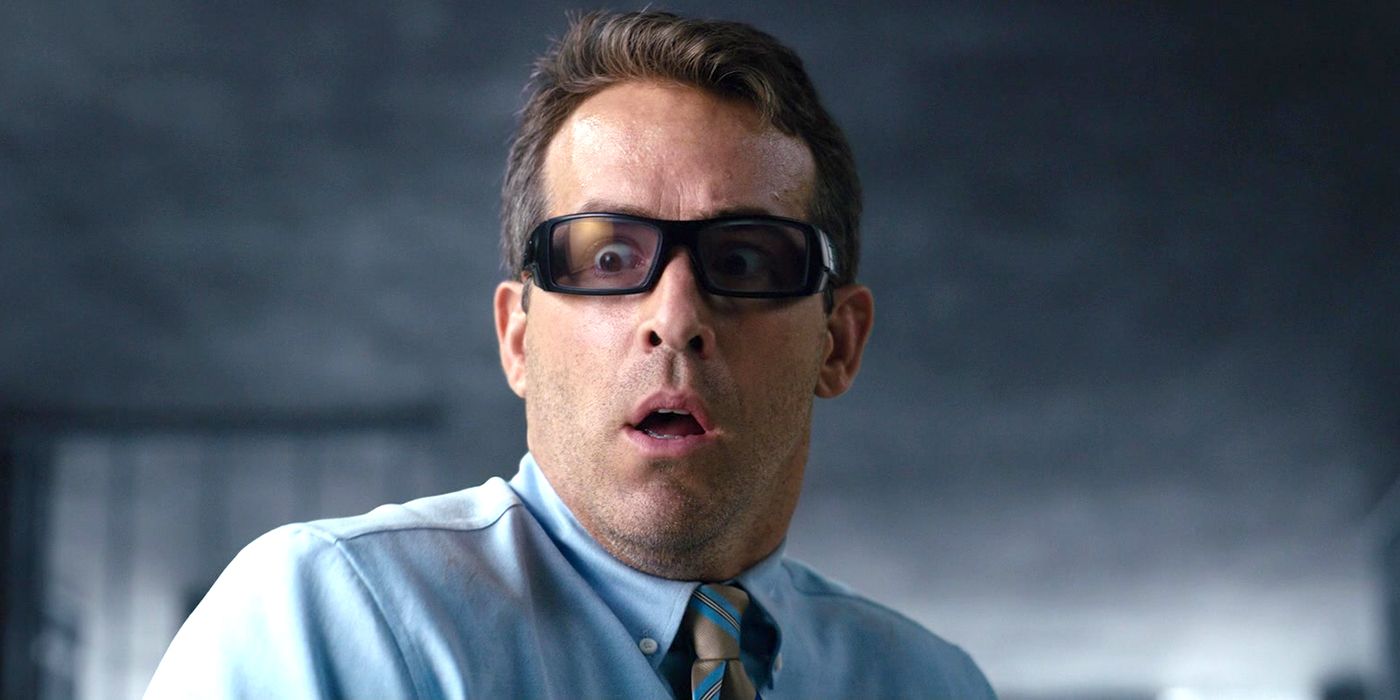 There was a serious Free Guy stuntman injury that has left Daniel Stevens injured long after the movie finished, and it was ultimately left on-screen.

Despite a stuntman being seriously injured on set of Free Guy, the injury itself is actually shown on-screen. A movie centering around a massive multiplayer video game universe, Free Guy explores the story of a non-player character named Blue Shirt Guy as he figures out the reality of his artificial existence and the sense of freedom that comes with it. With the ever-present danger of the game being rebooted or replaced with a sequel, Guy has to fight to save the other NPCs, while also learning to get along with the player characters.

Because the universe of Free Guy features video game physics and unrealistic action, the stuntmen for the film had their work cut out for them. Meant to mimic games like Call of Duty, PlayerUnknown’s Battlegrounds and other shooters, Fall Guy is a violent movie, which means that the stuntmen needed to be thrown around and face serious danger. In an interview with Corridor Crew, Ryan Reynolds’ stunt double Daniel Stevens reveals that he actually was brutally injured after being thrown into a pillar during filming, and Free Guy actually used that footage in the movie. Check out his quote below:

My back’s not good. Two herniated disks. One of them actually was in Free Guy, where I was flying flat, and I was meant to hit face-first into a pillar and then spin off it, and there’s a deadman lying right on my back which is meant as soon as I get there, what’s supposed to spin me back. But because I flew in, I ended up going more head-first and then just scorpioned my back. So back bent backwards, and I heard a crack in my neck and my lower back. I’m on the mat going ‘Oh, let me see if I can still move my toes.’ I’m like ‘Yeah, I think I can’, but that was not good. Funny thing was it cuts from my practical hit then into another visual effects stunt to the ground, so it could have been all visual effect.

Related: What Movie Universe Is Free Guy Set In?

Other Recent Injuries On Hollywood Sets

While Stevens faced a major injury while filming Free Guy, he isn’t the only person on a Hollywood set to face a serious injury recently. Even Matilda the Musical, which hardly seems to be that dangerous a production, featured an injury that made Emma Thompson question stunts entirely, after she fell over and injured her ankle. While filming for She-Hulk: Attorney at Law, Jameela Jamil also suffered a major injury after tearing a muscle, and Aaron Taylor-Johnson was sent to the hospital after severely injuring his hand while filming Bullet Train. Jason Momoa, too, earned a hernia and several broken ribs on set of Aquaman and the Lost Kingdom.

With the increasing prevalence of CGI, it remains to be seen why actors are put in such dangerous positions when it can be artificially visualized instead. Even Stevens mentioned that, since his effect is melded with CGI work, Free Guy could have simply avoided the practical effect entirely. While Christopher Nolan avoids CGI because it may not look as realistic on screen, the benefit of avoiding life-long injuries for actors and stuntmen should be considered. The cast and crew may sign up for risky stunts, but if an injury can be avoided with practical effects, production would benefit more from keeping the actor on set and out of the hospital.

Will Free Guy Ever Get A Sequel?

Though Free Guy 2 is in development, it is likely a long ways away. Despite the fact that the script is nearly finished and Reynolds is expected to return to his role as Guy, the Free Guy sequel isn’t confirmed yet. The studio doesn’t plan to rush the sequel and instead intends to slowly develop it with care, so there may be a few years before it hits theaters or is even officially acknowledged and placed on 20th Century Studio’s schedule. Free Guy 2 will likely follow the same formula as the original by exploring the reality of the video game world and the real world, but it will take more development before the production actually gets there. Hopefully, it will avoid injuring more stuntmen along the way.