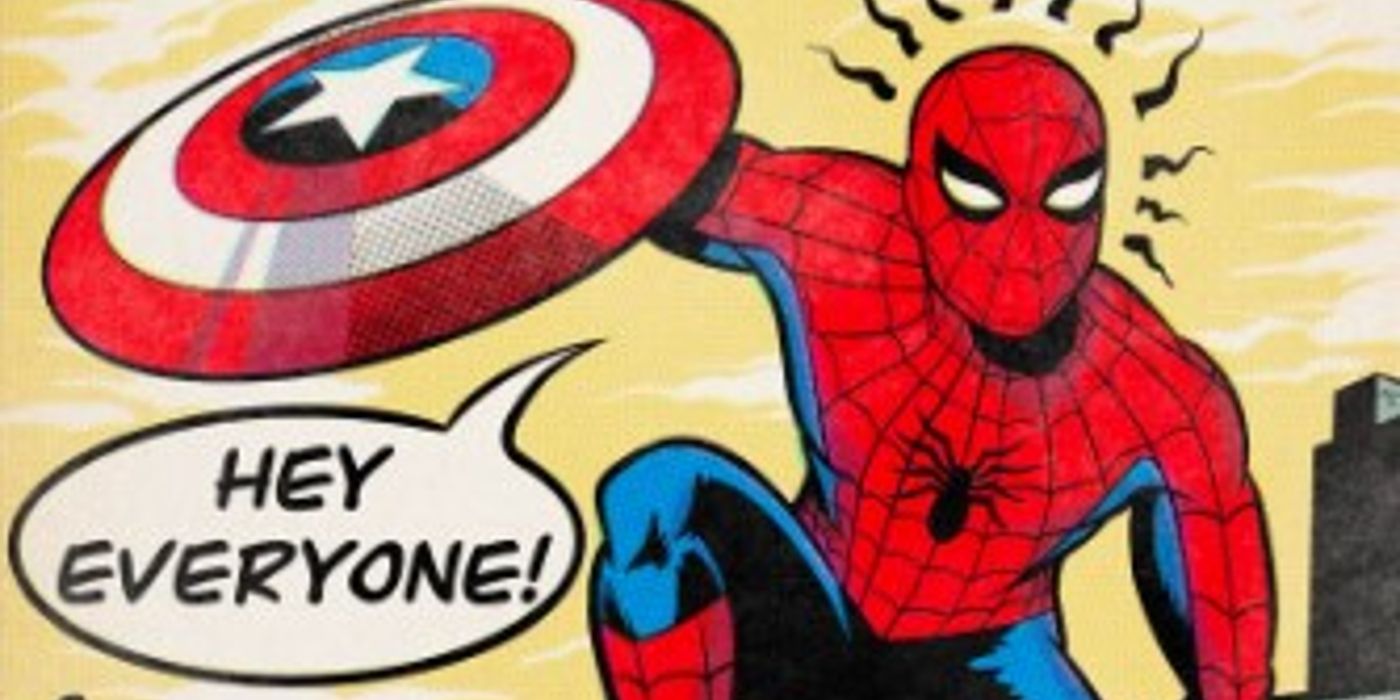 Stunning new fan art has transformed Spider-Man’s introductory scene in the Marvel Cinematic Universe from Captain America: Civil War into a retro-style comic strip. Released in 2016, Spider-Man had not yet made an appearance in the MCU as a result of Sony’s ownership of the character. Following the critical and box office failure of The Amazing Spider-Man 2, which featured Andrew Garfield as the web-slinger, Sony decided to scrap their plans for The Amazing Spider-Man 3 and an entire Spider-Man universe, and instead recast the role for use in the MCU by making a deal with Marvel, culminating in Tom Holland’s role in the third entry in the Captain America series.

There is no doubting Spider-Man’s popularity in the MCU, with Tom Holland being confirmed for another trilogy following the wild success of the first trilogy, particularly Spider-Man: No Way Home which is the sixth highest-grossing film of all time at the time of writing.

Holland gained instant popularity when he snatched away Captain America’s shield in Captain America: Civil War trailer and film. Talented artist SpikeyTortoise has now reimagined this iconic scene in the form of a throwback-style comic strip, complete with added scene descriptions and Iron Man’s line to summon Spider-Man. The artwork can be seen above.

What Is Spider-Man’s MCU Future?

Though Sony is currently gearing up to release the hotly anticipated Spider-Man: Across the Spider-Verse, news on Peter Parker’s MCU future is far more uncertain. Since the announcement by Marvel Studios in November 2021 that a fourth Spider-Man film was in active development, there has been no substantial news regarding future films, though Sony chairman Tom Rothman recently reassured audiences that a fourth film is still in active development. Given the immense popularity of the preceding trilogy, Sony and Marvel alike will be intent on producing another three entries. Tom Holland is set to reprise the role, but no further confirmation of any other details has yet been given.

In addition to two more Spider-Verse movies, Sony has also been actively developing their own Spider-Man universe. Sony could potentially share Tom Holland’s iteration of the character with Marvel, and though he hasn’t yet appeared in any Sony spinoff movie yet, aside from a mid-credits scene in Venom 2: Let There Be Carnage – and being mentioned several times. With last year’s Morbius teasing the introduction of the Sinister Six, and four more Sony films – Kraven the Hunter, El Muerto, Madame Web, and Venom 3 – planned for release, it seems that it’s only a matter of time before Holland enters the Sony universe.

It is unknown whether a Spider-Man sequel would release before the first part of the Multiverse Saga’s culmination in Avengers: The Kang Dynasty, but there may still be time for Peter Parker to return before then. Though he won’t have Iron Man to help him onto the stage this time like in Captain America: Civil War, there are many possibilities for his story going forward. When he returns to the MCU remains to be seen, but will certainly be celebrated when it occurs.

Next: Thunderbolts’ Rumored Villain Can Provide A Spider-Man 4 Clue