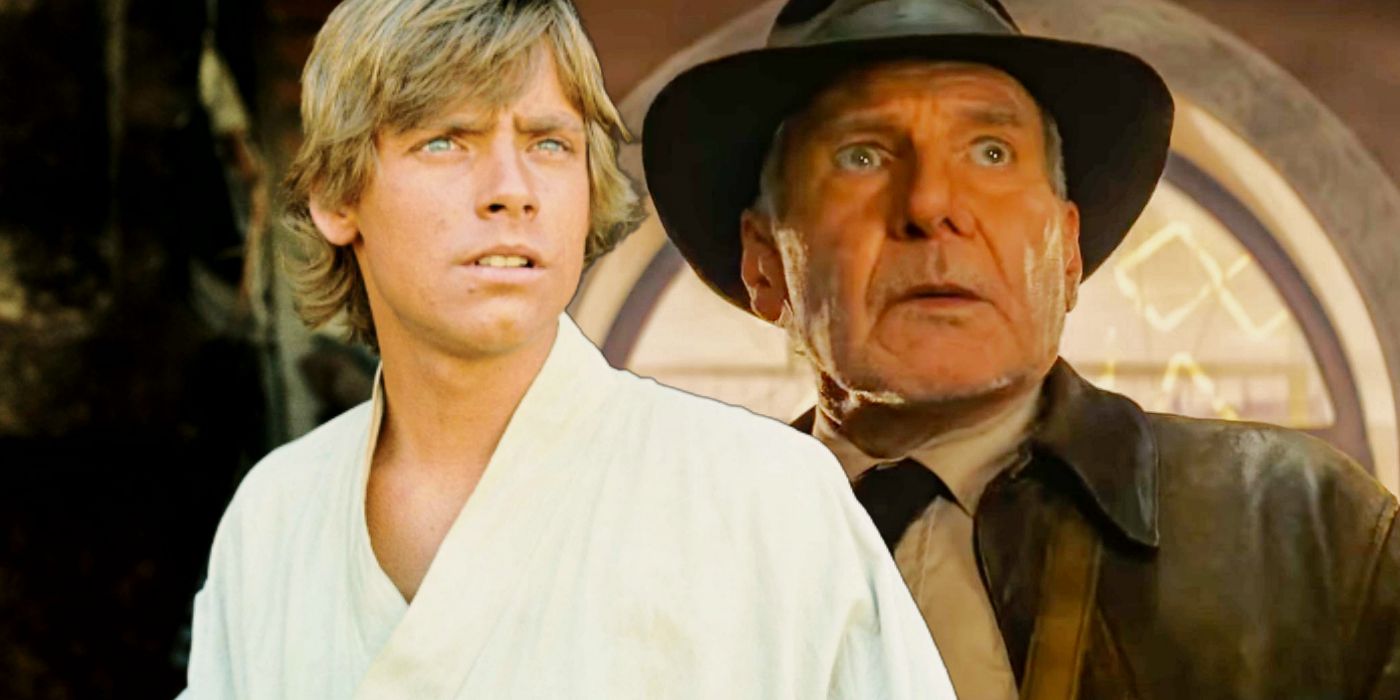 Legendary composer and frequent Steven Spielberg collaborator John Williams won’t be retiring after Indiana Jones and the Dial of Destiny.

John Williams won’t be retiring after Indiana Jones and the Dial of Destiny as he previously intended. The legendary composer has recently scored a couple of films – Steven Spielberg’s semi-autobiographical film The Fabelmans and Indiana Jones and the Dial of Destiny (releasing this summer). The upcoming Indiana Jones movie is the first film in the series not directed by Spielberg, though he remains on board as an executive producer. After the release of those two movies, Williams previously announced his intention to retire from composing film scores; however, it appears that won’t be the case after all.

During a recent event alongside Steven Spielberg promoting The Fabelmans, John Williams reversed course and announced he won’t be retiring after all. Per The Hollywood Reporter, the legendary composer was asked a question about packing it in, and he stunned everyone, including Spielberg, when he walked back his initial comments about retiring after Indiana Jones and the Dial of Destiny. Read what Williams said below:

“Steven is a lot of things. He’s a director, he’s a producer, he’s a studio head, he’s a writer, he’s a philanthropist, he’s an educator. One thing he isn’t is a man you can say “no” to… I’ve got 10 more years to go. I’ll stick around for a while! Also, you can’t “retire” from music. It’s like breathing. It’s your life. It’s my life. A day without music is a mistake.”

After rescinding his previous declaration about retiring, John Williams will continue the most prolific composing career in the history of cinema. In a career that has spanned seven decades, he has composed some of the most iconic franchise film scores, including every installment in the Star Wars Skywalker Saga and the first three Harry Potter films. As previously mentioned, he is Steven Spielberg’s frequent collaborator, composing the iconic scores for Jaws, Jurassic Park, and Indiana Jones.

The legendary composer’s career hasn’t been limited to franchise fare, as he is also behind some of the most critically acclaimed film scores in history. In his career, he has won five Oscars for composing music, including for the 1971 musical Fiddler on the Roof, sci-fi film E.T. the Extra-Terrestrial, and the Best Picture winner Schindler’s List. In addition, Williams has earned a whopping 52 Academy Awards over his career, with another likely on the way for The Fabelmans.

Considering the revelation that John Williams won’t be retiring after Indiana Jones and the Dial of Destiny, there are some questions about how he continues his legendary career. It’s almost a guarantee he will be composing the score for Steven Spielberg’s next film. The legendary filmmaker is currently working on a remake of the 1968 film Bullitt (which starred Steve McQueen), which seems to be moving forward with Bradley Cooper cast in the lead role. Beyond that, there are no other known projects lined up for Williams, but the good news is that perhaps the greatest film composer of all time will be sticking around for the time being.

More: Indiana Jones 5 Needs Less Sci-Fi Than Crystal Skull (And No Aliens At All)