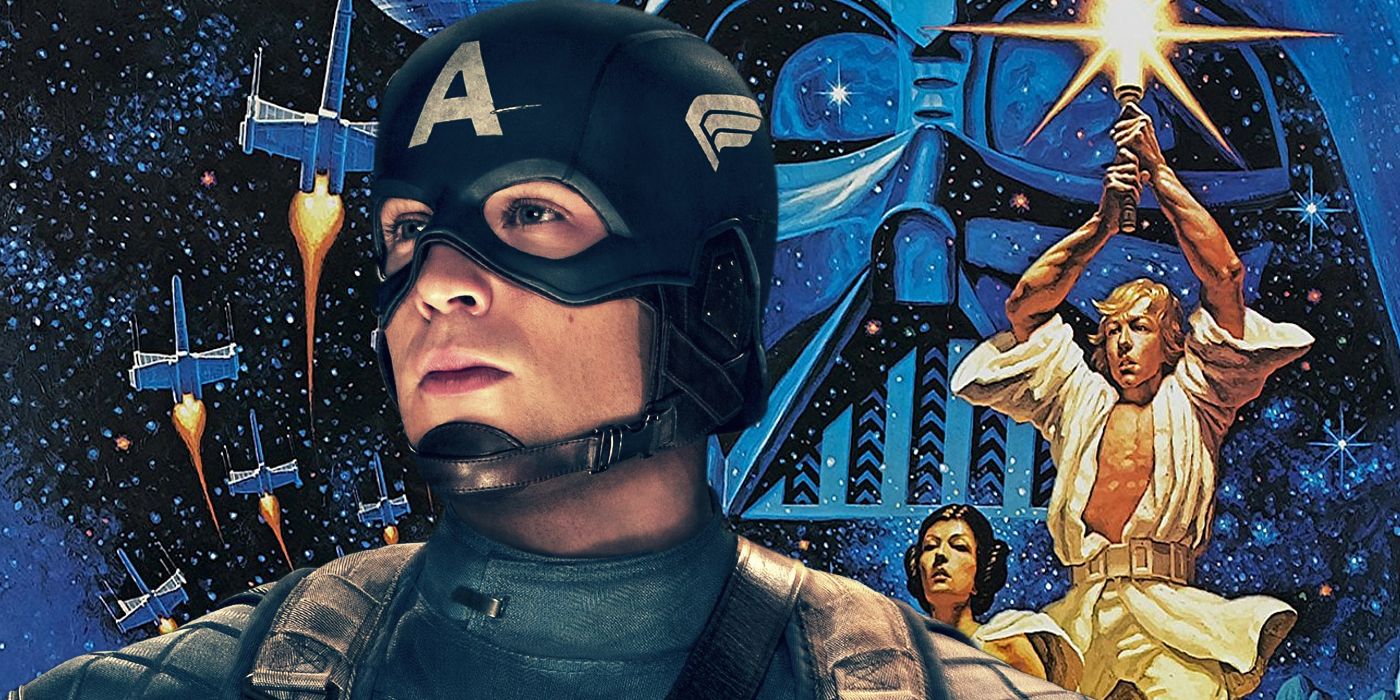 Star Wars: The High Republic has taken an unexpected twist, giving the Jedi their own version of Captain America – complete with a light-shield!

Star Wars just introduced the Jedi version of Captain America, with one High Republic Jedi choosing a shield over a lightsaber. Jedi are sworn to defend, never to attack, which has meant it has always seemed rather odd that their tool of choice is essentially a sword. Jedi have become synonymous with lightsabers – both in the real world and in-universe, where Obi-Wan Kenobi’s split-second decision to draw his blade revealed his true identity to every other being at the Mos Eisley Cantina.

Lightsabers aren’t the only things powered by kyber crystals in Star Wars lore, of course – whether in the old Expanded Universe, or in Disney canon. The lightwhip has recently returned in the High Republic Era, while lightbows can be seen in the Jedi: Fallen Order game. Even more intriguingly, in Marvel’s Star Wars #25, Obi-Wan Kenobi revealed there have been kyber bombs and blasters – and that records of such devices were sealed in the Jedi Archives. And yet, curiously, only one Jedi has taken to using the Force to defend by creating a shield.

Related: A Superweapon Star Wars Teased 19 Years Ago Is Now Possible After Andor

Silandra Sho Is Essentially The Jedi Version Of Captain America

Silandra Sho was a Jedi Master who lived during the High Republic Era, some 350 years before the prequel trilogy. A skilled and powerful Jedi, she had fashioned an additional tool to help her keep the peace; as well as a lightsaber, Silandra Sho wielded a light-shield. Like Captain America, Silandra wore this light-shield strapped to her back, and drew it whenever the need arose. Unlike Steve Rogers, though, she had never bothered turning the light-shield into an offensive weapon. Instead, when the situation arose she would activate it, with sheets of plasma transforming it into a powerful tool that she would control with her telekinesis. Silandra excelled at throwing the shield up in a firefight, using it to protect innocents.

The greater surface area meant Silandra’s shield was more effective at blocking shots than a conventional lightsaber, and her telekinesis meant she could be dispatching enemies even as she protected people from blaster shots. She uses it to spectacular effect in George Mann’s excellent audiobook The Battle of Jedha, proving just how formidable a tool it is; it also seems to serve as a convenient distraction, because light-shields are hardly commonplace. Jedi rarely display the power of the Force in such a visible manner, and even trained soldiers are shaken to see a shimmering shield blocking their every shot.

How Would Silandra Sho’s Light-Shield Compare To Captain America’s Shield?

It’s amusing to compare Silandra Sho’s light-shield to Captain America’s shield. Steve Rogers’ tool is made of vibranium, which means it absorbs the kinetic energy of impact and thus ricochets (explaining Spider-Man’s complaint that the shield doesn’t obey the laws of physics). Silandra’s kyber-powered light-shield wouldn’t be able to ricochet, simply because the plasma wouldn’t absorb energy in the same kind of way. But, to be fair, she doesn’t want to use the shield as a blunt instrument in the first place.

Captain America’s shield can deflect most attacks, but Silandra would be able to simulate a lightsaber with hers – not just blocking lasers, but reflecting them back. Oddly enough, though, Silandra’s shield would be far less effective at blocking bullets than Steve Rogers’, because projectile weapons can actually penetrate a kyber-generated energy matrix, even if they are melted. Bullets are rare in Star Wars, though, so she wouldn’t have been too worried about that.

Next: Why The Darksaber Is Black & So Different To Other Lightsabers