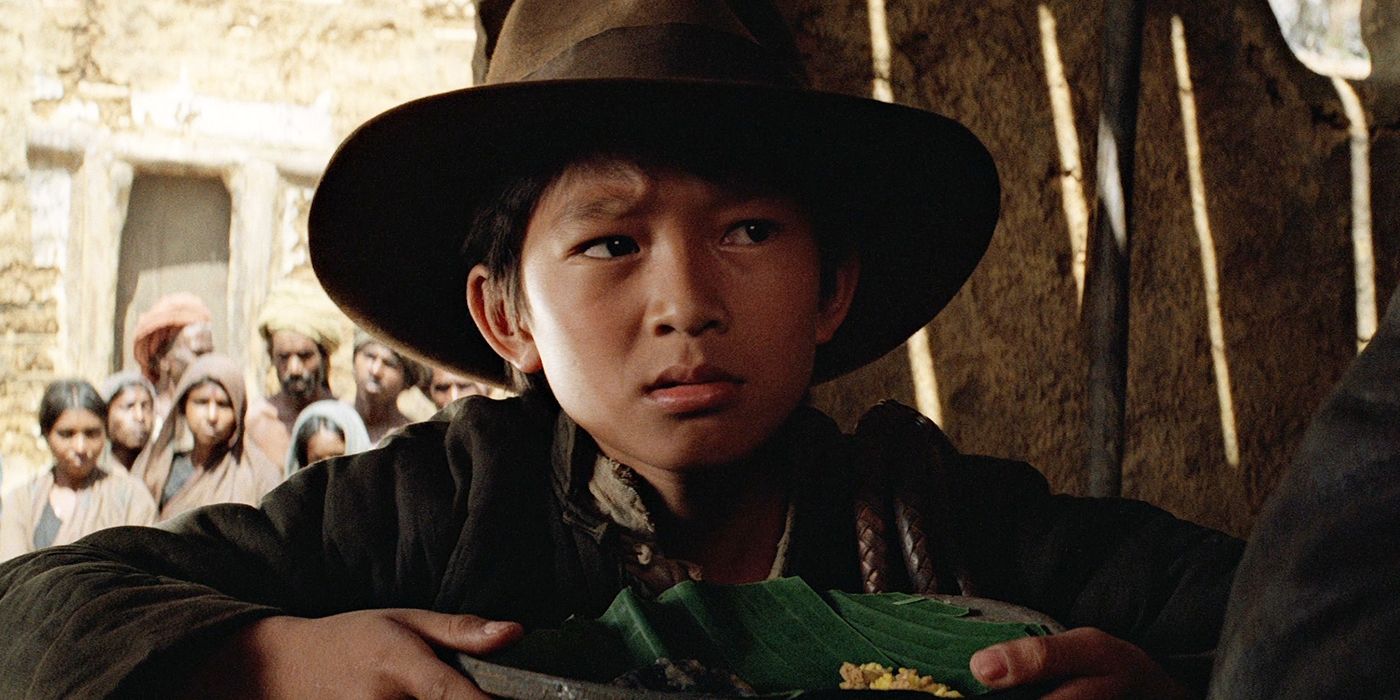 Legendary Hollywood filmmaker Steven Spielberg looks back on casting Everything Everywhere All at Once star Ke Huy Quan in Indiana Jones and Goonies.

Following Ke Huy Quan’s Golden Globe win, venerable director Steven Spielberg recalls casting the Everything Everywhere All at Once star in Indiana Jones and the Temple of Doom and The Goonies. Spielberg’s Raiders of the Lost Ark sequel jump-started Quan’s acting career. The following year he portrayed Richard “Data” Wang in Richard Donner’s ’80s classic The Goonies. Unfortunately, Quan struggled to maintain his Hollywood career, finding it hard to land roles and turning to work behind the camera. However, after the release of the incredibly popular romantic-comedy Crazy Rich Asians, Quan was inspired to return to acting and was cast as Waymond Wang in Everything Everywhere All at Once.

Quan accepted his Golden Globe Award for Best Supporting Actor with an emotional speech, singling out Spielberg for his crucial role in the actor’s career. In response to Quan’s win, the director talks with Access Hollywood about casting Quan for both Indiana Jones and the Temple of Doom and The Goonies.

Spielberg explains that he never intended to cast Quan to give the young actor his big break in Hollywood. Instead, he chose the future star because he would perfectly serve the intention of the films. Read what Spielberg said below:

The thing to remember is, any of us, when we’re casting, we’re not doing it for the person we cast, we’re doing it for the common good of the movie, of the play. Casting is about, how do we serve the script? How do we serve the whole endeavor? So I never think of it as giving somebody a break or giving somebody an opportunity to get into life with more than they had before they came in and got the part. I think of it as, that’s a good piece of casting…

So with Ke, it was Short Round. He’d be great for Short Round. When I met him, he took the room by storm. Still does! He has a positive energy. So full of positive love. He just reaches out with his heart, and that’s the way he was as a kid auditioning for the movie. It’s only later that I realized that both a responsibility of bringing a young person into this business, but also my admiration for him about how he’s comported himself in this business. After he played Short Round, I cast him in Goonies, and he played Data. But then he didn’t work so much and he started working behind the scenes when he got older and grew up. He was a stunt gaffer for a lot of martial art fight scenes. He would come to my set on other movies, and we would meet and talk. But tonight blew me away. When he got the Golden Globe for Best Supporting Actor, my heart just leapt out of my chest.

Related: Short Round Was More Important To Indy Than Willie In Temple Of Doom

What’s Next for Ke Huy Quan

Quan’s return to acting in Dan Kwan and Daniel Scheinert’s Everything Everwhere All at Once showed the world that he still has the talent to perform at a high level in Hollywood. His Golden Globe nomination and win proves that Quan has only just begun the next phase of his career. As a result, the actor has been approached with many new roles and already committed to several major productions.

Quan can next be seen joining the Marvel Cinematic Universe in the highly-anticipated Loki season 2, starring alongside Tom Hiddleston, Owen Wilson, Gugu Mbatha-Raw, and Sophia Di Martino. Later in the year, he will star in another Disney+ television series, American Born Chinese, which is based on the popular graphic novel of the same name. Quan joins Everything Everywhere All at Once co-stars Michelle Yeoh and Stephanie Hsu in the upcoming action comedy.

Fans have also called for him to revisit some of his iconic roles. Although there have been attempts to develop a Goonies sequel film, Quan previously admitted that the chances of him reprising his role as Data are slim. Additionally, with Indiana Jones and the Dial of Destiny set to hit theaters later this year, many have speculated if Short Round could return to the franchise. Although it is unlikely that he would appear in the film, Quan has expressed his desire to reprise his Indiana Jones and the Temple of Doom role in a spinoff project. With Quan’s prospects of winning an Oscar for his Everything Everywhere All at Once role high, the actor’s career has no place to go but up.

Next: Indiana Jones 5 Reveal May Destroy Your Short Round Return Hopes