The Way Of Water Hype Continues As Movie Gets More Screens 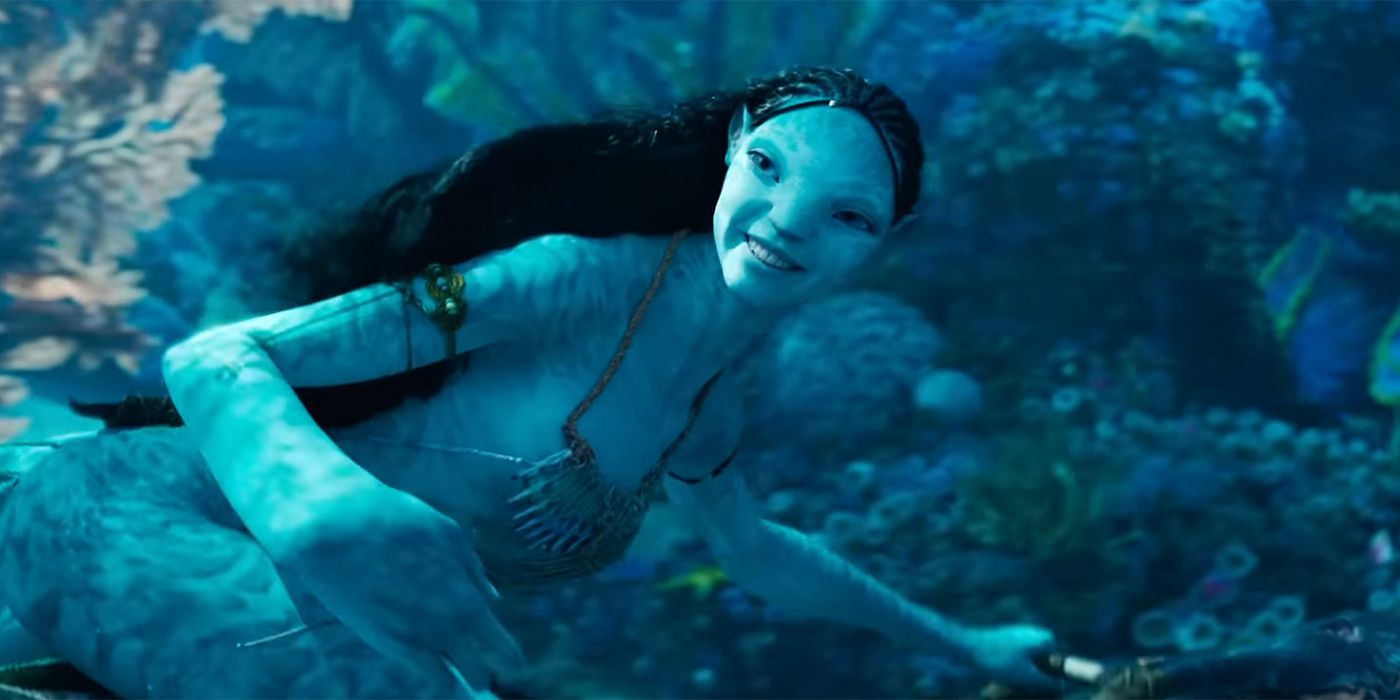 Avatar: The Way of Water’s hype train shows no sign of slowing down as the movie gets even more screens during its fourth weekend in theaters.

Avatar: The Way of Water continues the movie’s box office momentum by adding more screens in its fourth weekend in theaters. The new film continues the story started in 2009’s Avatar, the highest-grossing film of all time, as director James Cameron returns to the world of Pandora to continue his streak of box office successes, with Avatar: The Way of Water outpacing the original movie by this point in its run. That fact is very interesting, given the sequel was considered to have underperformed during its opening weekend. Avatar: The Way of Water has shown that it’s got the same legs in theaters than Cameron’s other movies, making the sequel a candidate to take over the No.1 worldwide all-time box office spot by the end of its run.

Related: Is Vin Diesel In Avatar: The Way Of Water?!

Avatar: The Way Of Water Still Dominates The Box Office

Avatar: The Way of Water shows simply no signs of slowing down, with movie industry specialists constantly scrambling to update projections for the movie day after day. After all, this isn’t a movie like any other, but the sequel to Avatar, which sits at the top spot of box office history with nearly $3 billion. Avatar: The Way of Water was the source of a lot of speculation before releasing in theaters, due to the franchise being predominantly dormant since the original movie debuted in 2009. People working in Hollywood, journalists and audiences were trying to define if there was enough in the franchise to reignite interest after 14 years.

The box office numbers have shown that Disney was right to bet on the Avatar sequels, with The Way of Water being the first of four planned movies to continue telling the story of the Sully family that originated back in 2009. While it is hard to bet on a dormant IP, the fact that Avatar is the historical box office champion and that its director is Cameron, made it a safer bet on Disney’s side. With Avatar: The Way of Water‘s continued success, Cameron has become the first director in history to have three movies with over $1.5 billion in the box office, with the other two being Avatar and Titanic.

Will New Horror Film M3GAN Pose A Challenge To Avatar 2

Avatar: The Way of Water continues to show the usual box office legs of movies directed by Cameron, while achieving some unprecedented feats, such as the zero percent second-weekend drop domestically. The movie’s currently outpacing all the other movies in the all-time box office top 10 list, including the original Avatar. The sequel’s path in theaters has been relatively unchallenged, with the impending release of horror movie M3GAN marking the first hurdle for Avatar: The Way of Water. M3GAN focuses on an AI doll that develops a consciousness and violently defends her owner, Cady. The movie went viral on social media after its first teaser released and is projected to open at least $5 million under Avatar: The Way of Water, but that distance could shorten depending on positive word of mouth, so Cameron better watch out for the new killer doll in town.

Next: What Avatar: The Way Of Water Reveals About The Leaked Sequel TitlesSource: Exhibitor Relations Co./Twitter