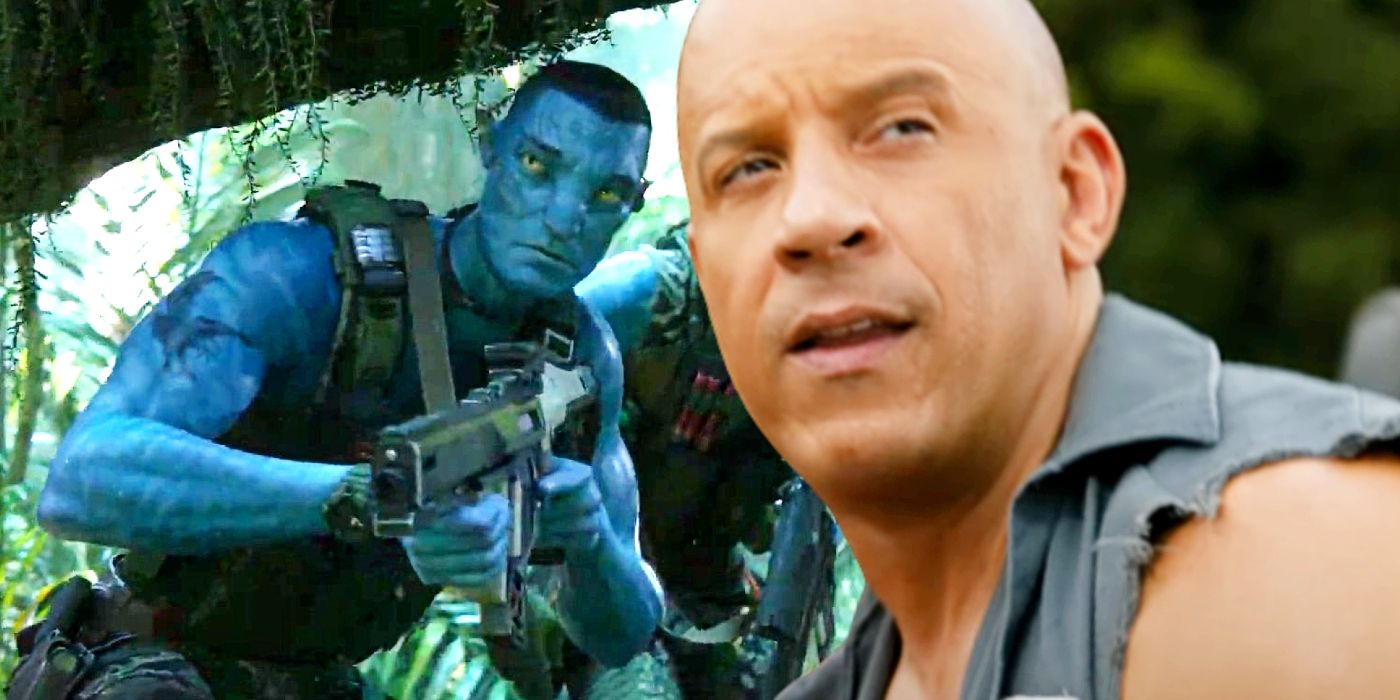 Vin Diesel previously hinted that he had joined the Avatar franchise, but Avatar: The Way of Water producer Jon Landau confirms that isn’t the case.

Avatar: The Way of Water producer Jon Landau debunks claims that Vin Diesel has been cast in any of the upcoming sequels. Released 13 years after the original Avatar, James Cameron’s highly-anticipated sequel hit theaters last month, earning positive reviews from audiences and critics alike. The film continues the story of Jake (Sam Worthington), Neytiri (Zoe Saldaña), and their new children as they leave their forest home in order to join an oceanic clan of Na’vi following the return of humans to Pandora. Avatar: The Way of Water has been a major hit at the box office so far, essentially guaranteeing that Cameron’s planned and partially filmed Avatar 3, 4, and 5 will be released in the coming years.

In a recent interview with Empire, Landau confirms that, contrary to online rumors, Diesel has not been cast in Avatar 3 or the other two sequels.

The rumors stem from one of Diesel’s own social media posts back in 2019, featured above, in which he visits the Avatar: The Way of Water set and says, “There is one person in Hollywood I’ve always wanted to work with and learn from, and so, all things come, I guess, to those that wait.” Despite Diesel’s phrasing clearly hinting that he had been cast in the franchise, this is now confirmed to not be the case. Check out Landau’s comment on the matter below:

“Vin was a fan. He came in, visited the set one day to see what we were doing and people took that out of context.”

Avatar: The Way of Water originally had a much bigger story before it was ultimately decided that the film should be broken into two. The two movies were also filmed concurrently, suggesting Avatar 3 could be quite closely connected to the most recent sequel. A number of main characters will obviously be returning in the upcoming film, including Sully family members like Jake, Neytiri, Lo’ak (Britain Dalton), Tuk (Trinity Bliss), and Kiri (Sigourney Weaver). Spider (Jack Champion) is also essentially guaranteed to return, in addition to Miles Quaritch (Stephen Lang), who Spider saved from drowning at the end of the film. Other, more minor, characters like Norm Spellman (Joel David Moore) and Max Patel (Dileep Rao) also seem likely to return.

It’s now also been confirmed that Avatar 3 will feature the return of Brendan Cowell’s Mick Scoresby, the ruthless tulkun hunter who lost an arm in Avatar: The Way of Water, in addition to Edie Falco’s General Ardmore. Although only very briefly featured in Cameron’s follow-up film, Parker Selfridge (Giovanni Ribisi) is also expected to return in some capacity in the upcoming sequel. After their introduction in the second film and Jake’s affirmation that the Sully family has found their new home with the Metkayina, Kate Winslet’s Ronal and Cliff Curtis’ Tonowari seem like characters audiences will be seeing again. In addition to the many returning faces, however, the sequels will also feature some new actors.

While not featured in Avatar: The Way of Water as some fans may have expected, Michelle Yeoh will appear in Avatar 3 as Dr. Karina Mogue. It’s unclear, however, whether her human character will be an ally or an enemy to the Sully family. In addition to Yeoh, Avatar 3 and potentially the two additional sequels will feature new characters played by David Thewlis and Oona Chaplin, but their exact roles remain a mystery. With Avatar 3 also set to introduce a new fire-based tribe of Na’vi, there are likely a number of other new characters that have yet to be revealed.