The Way Of Water Proves The Box Office Is Broken 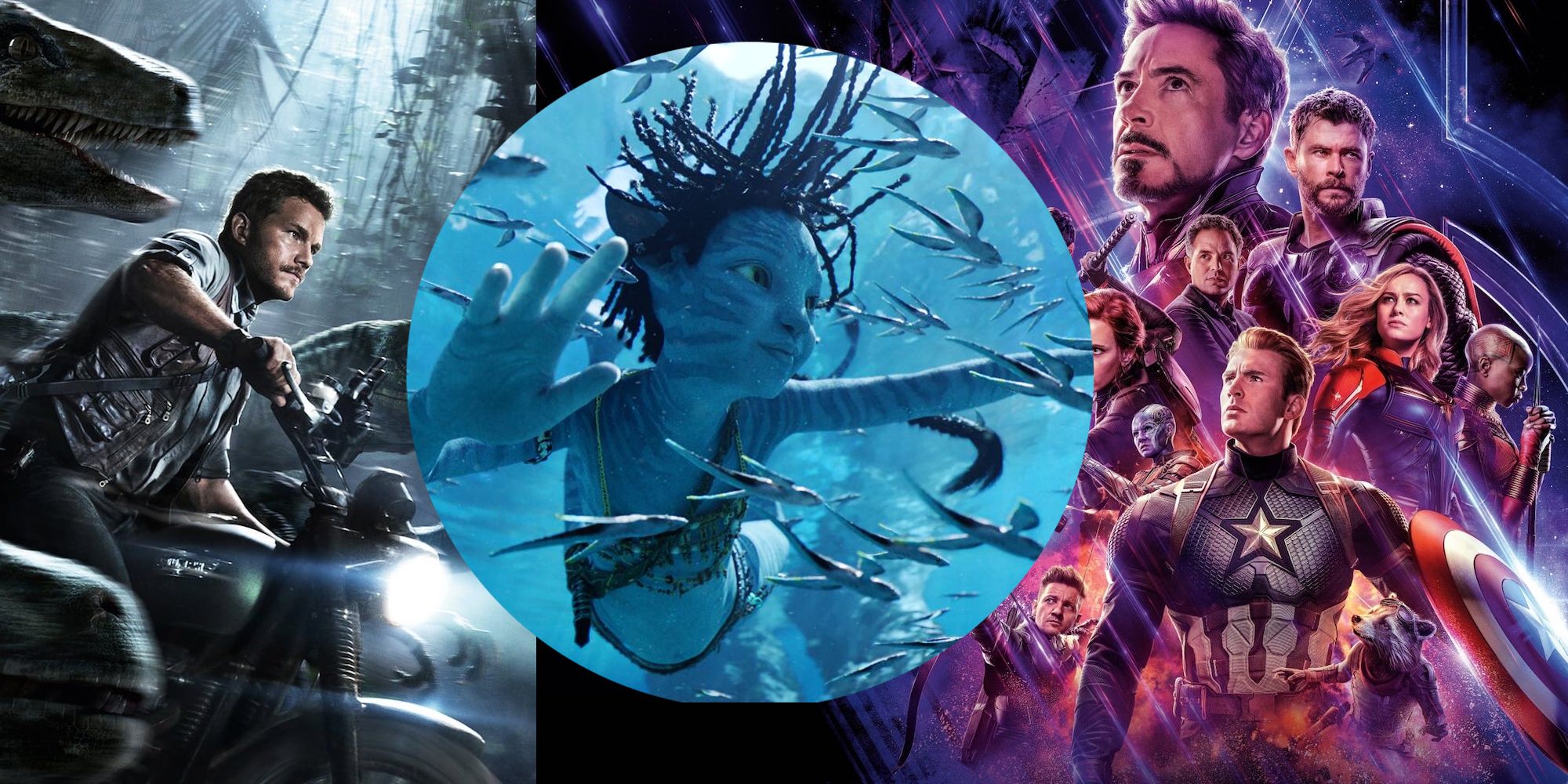 Related: Avatar: The Way Of Water Will Make At Least $2.5 Billion Based On Our Data

Post-pandemic box office recovery is typically compared to 2019’s record-setting revenue, but theaters were in trouble long before that. Actual ticket sales were already in decline for decades, and observed revenue increases are only the product of inflation-driven price increases and therefore not actually a sign of growth. Eight of the top 10 domestic box office earners have been released since 2012, and half are newer than 2018. Adjusting for inflation immediately reveals this problem. For example, Titanic earned $600 million domestically during its initial 1997 theatrical run. Adjusted for inflation, that becomes $1.12 billion, higher than any other movie (without even counting the $57 million from its 2012 3D re-release).

Looking at movies that aren’t even on the current domestic top 10 list, Shrek 2‘s $441.2 million domestically in 2004, which equates to $707 million today, which would put it ahead of Black Panther as the #6 all-time domestic earner today. Star Wars: The Phantom Menace earned $431 million in 2019, which is $778.7 million today, putting it ahead of Top Gun Maverick for the #4 all-time. Jurassic Park earned $357 million in 1993, which is $743.1 today, also enough for #5 domestically in today’s dollars. Going even farther back, E.T. the Extra-Terrestrial earned $359.2 million domestically in 1982, which is $1.13 billion today, putting it even ahead of Titanic‘s inflation-adjusted total.

So, even though new movies are joining the top 10 domestic earners list almost every year, pushing older movies down the list, it’s clear the actual economic value of these movies isn’t climbing drastically, it’s just that the measuring stick used to gauge their success (the dollar) is changing. While the success of big modern movies can’t be denied, applying the balancing lens of inflation to the box office reveals how massive movies like Avatar: The Way of Water and Top Gun: Maverick aren’t necessarily massive breakouts as their inflation-driven numbers would suggest, but merely examples of what a historically healthy box office should look like.

Box Office Openings are Getting Bigger, But Legs Are Getting Worse

Measuring a movie’s total domestic performance as a factor of its opening weekend is one of the best ways to establish a proportional measurement to eliminate inflation-driven differences across the decades. The product of a movie’s opening weekend box office and its “multiplier” equals its total domestic run, so a bigger multiplier means better legs, indicating better word of mouth and repeat business, and is a good sign of overall box office health. Titanic‘s 23.02 multiplier is the best in the current top 10, while Avatar‘s 10.19 is the second highest; however, the other eight movies not directed by James Cameron average out to 2.91, and its been trending downward for decades.

Related: Avatar: The Way of Water Is Already Outpacing Every Other Top 10 Movie

While Avatar: The Way of Water‘s box office run is far from over, it already stands in contrast to every other non-Cameron movie in the top 10. It doesn’t hold a candle to the historic performances of movies like E.T. the Extra-Terrestrial or Jurassic Park, but the ways it diverges from modern blockbusters are ways that make its performance more closely resemble the healthier box office behavior of those classic blockbusters. The average top 10 non-Cameron movie has a $234 million opening weekend, a 2.91 multiplier, and a $681 million domestic total. Meanwhile, Avatar: The Way of Water opened to $134 million, a 3.94 (and climbing) multiplier, and a $528.8 (and climbing) domestic total.

Related: Why Avatar: The Way Of Water Box Office Predictions Were Wrong

It remains to be seen how much Avatar: The Way of Water will earn, but both Avatar and Titanic‘s massive box office hauls are secure in an inflation-adjusted top 10 list, and it’s notable that all three movies have the lowest opening weekends of any of the current unadjusted top 10 and the three highest multipliers out of the unadjusted top 10. This means their long-haul totals come from massive sustained word-of-mouth and repeat viewings. This may or may not indicate anything about the subjective quality or entertainment value of these movies, but it does mean their performance is far more stable and healthy than other top 10 movies.

Fortunately, James Cameron’s movies aren’t the only movies following these more healthy box office patterns. Top Gun: Maverick is another recent example of a movie with a relatively low opening weekend and strong long-term legs. In fact, Top Gun: Maverick has a solid chance of out-grossing Avatar: The Way of Water domestically, meaning its failure to crack the top 10 list is due to its international performance, which only accounted for 48 percent of its box office (compared to the 70 percent for all three Cameron movies in the top 10), largely due to it not getting released in China.

In a post-pandemic box office struggling to return to the revenue peak of 2019, it’s possible the numbers will never fully recover; however, that doesn’t mean box office health can’t recover. If the box office turmoil results in more movies seeing broader hits with better long-tail success like Avatar: The Way of Water and Top Gun: Maverick and fewer movies with massive opening weekend spikes and steep drops, the broken theatrical model may begin to heal, securing a stable future for the theatrical model so audiences can continue to experience larger than life stories on the big screen.