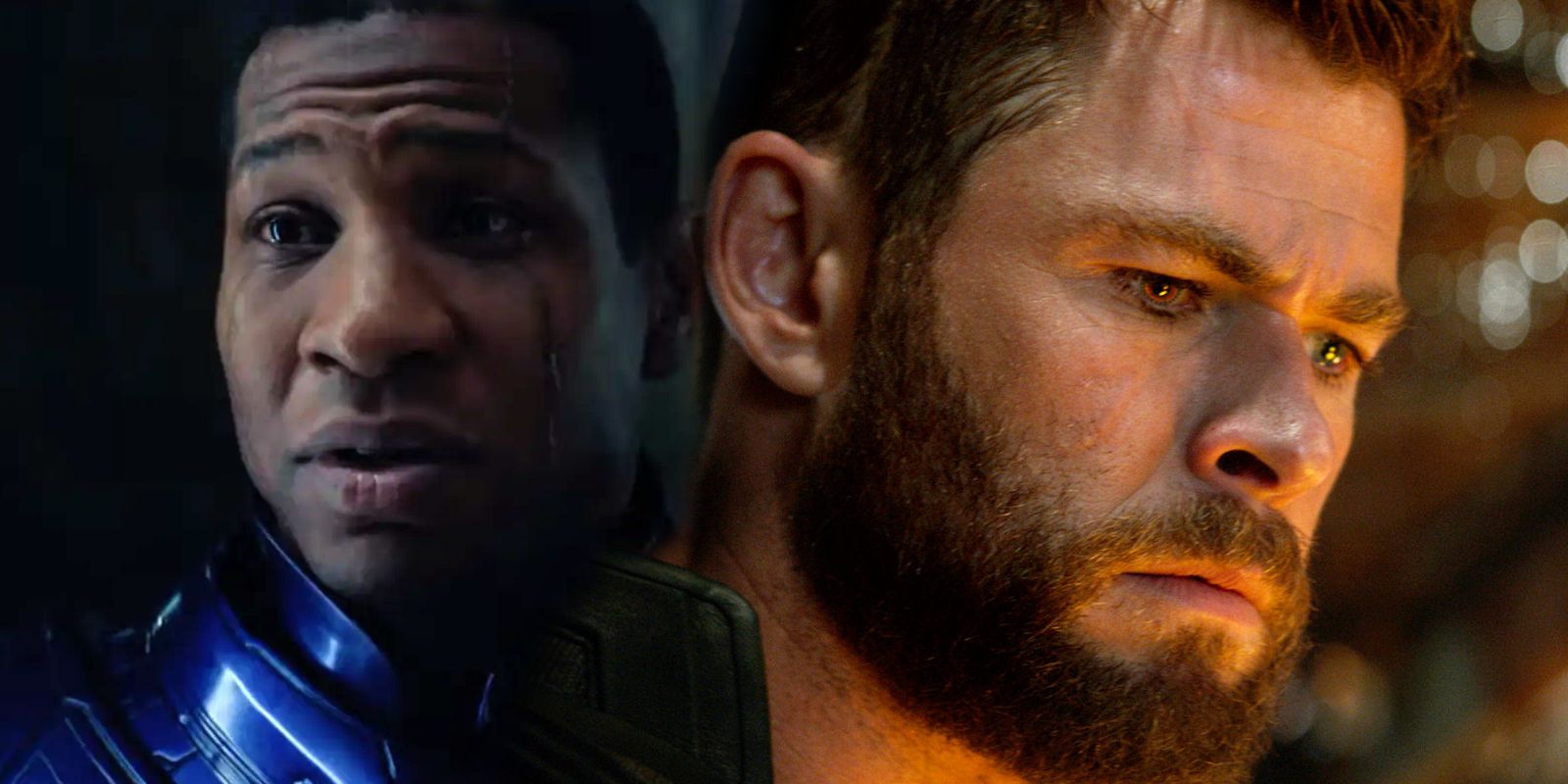 Thor’s MCU ending could combine elements of what happened to Iron Man and Captain America in Avengers: Endgame. Thor was one of the few original Avengers – and last of the Big Three – left standing after Endgame. Iron Man and Black Widow both died, while Captain America went back into the past (and perhaps an alternate timeline) to be with Peggy Carter. Along with Hulk and Hawkeye, Thor’s story has continued through the Multiverse Saga.

After surviving Thanos, Gorr, and more, could Thor’s journey soon be at its end? After the divisive reception to Thor: Love and Thunder, Chris Hemsworth’s MCU future has been up for discussion, with the actor suggesting his exit could come in his next apearance. If that is the case, then there’s also the matter of when it might happen, and even bigger, how. Will he fall on his own God-killing ax and make a sacrifice like Tony Stark? Or could he have a happy ending like Steve Rogers? The answer, possibly, is both.

Related: What Will Chris Hemsworth’s Last MCU Movie Be?

There’s not yet any confirmation Thor will return in Avengers: The Kang Dynasty, but it would be a major surprise if he didn’t. Not only is he an original Avenger, but he remains among the most powerful heroes in the MCU. With plenty experience of dealing with world-ending threats, he should be a key member of the team fighting against Kang the Conqueror. That promises to be one of the Avengers’ biggest challenges yet and, with Thor still around in the MCU, there’s no real reason he wouldn’t be involved in that fight.

To that end, though, there’s also reason to think Avengers: The Kang Dynasty will be Thor’s final MCU movie. It would mean he’s been in more Avengers movies than anyone else (except for Hulk and Hawkeye, who should also return), and combined with having more solo movies as well, then his story could be reaching its natural endpoint. Iron Man and Captain America both made their exits on the biggest stage – an Avengers movie remains the peak of the MCU, after all – and Thor deserves that same chance.

Thor dying in Avengers: The Kang Dynasty would give him a fitting ending to his MCU arc. He is an Asgardian, so there’s nothing more fitting than him dying in battle. Though he has new responsibilities after adopting Love as his daughter, it’s hard to imagine (just like it was with Iron Man) him ever truly retiring or being able to stay away from fighting against great threats to the universe. That would suggest Thor has to die at some point, and again, an Avengers movie makes sense for that as it allows for a bigger, more impactful death.

Alongside that is also who Thor is up against. Kang has boasted of killing Avengers already, at least somewhere along the timeline(s), and is certainly powerful enough to do so again. There would be no greater statement for how powerful Kang really is than him taking out the oldest, (arguably) strongest Avenger, so it would be a shrewd move on behalf of the MCU too. Thor also wants to be the hero. He believed himself the man to kill Thanos, and failed. Thor wanted to do the Snap in Endgame that brought everyone back, but was prevented from doing so.

He wants an epic hero moment, and has earned it. If the chance comes to strike a blow against Kang, even if it comes at the cost of his life, or he’s in a position where he would have to sacrifice himself to save another, he seems likely to take it. There may also be a sad parallel: Thor watched his brother Loki die in Avengers: Infinity War, leading to him leading the fight against Thanos. With Loki primed to help battle against Kang thanks to his multiversal experiences and time with He Who Remains, those roles could be poignantly reversed.

Jane Foster In Valhalla Can Give Thor His Captain America Ending

Thor dying wouldn’t necessarily have to be a devastating moment. Yes it would be sad, but it could also end up being bittersweet. Captain America’s Avengers: Endgame ending saw him go back to the past to be with the woman he loved; yes, he left things behind, but he got his happy ending. Thor can have the same, thanks to Thor: Love & Thunder. That movie brought back Jane Foster, turning her into Mighty Thor, only for her to die at the end. While not Asgardian, Jane was welcomed into Valhalla after her death,, where other familiar faces such as Heimdall already reside.

That means, after dying like Iron Man, Thor could have Captain America’s happy ending too. The God of Thunder would undoubtedly end up in Valhalla, meaning he too could be reunited with the great love of his life. Thor is one of the best Avengers, and Hemsworth’s performance so good he has earned the right to go out whenever he decides he is done, whether that’s Avengers: The Kang Dynasty or later. But dying in battle against the MCU’s major villain, in an Avengers movie, to save other people and then be reunited with his loved ones, doesn’t just sound like a good ending: it’s one Thor is worthy of.

Next: Every Thor Movie, Ranked Worst To Best