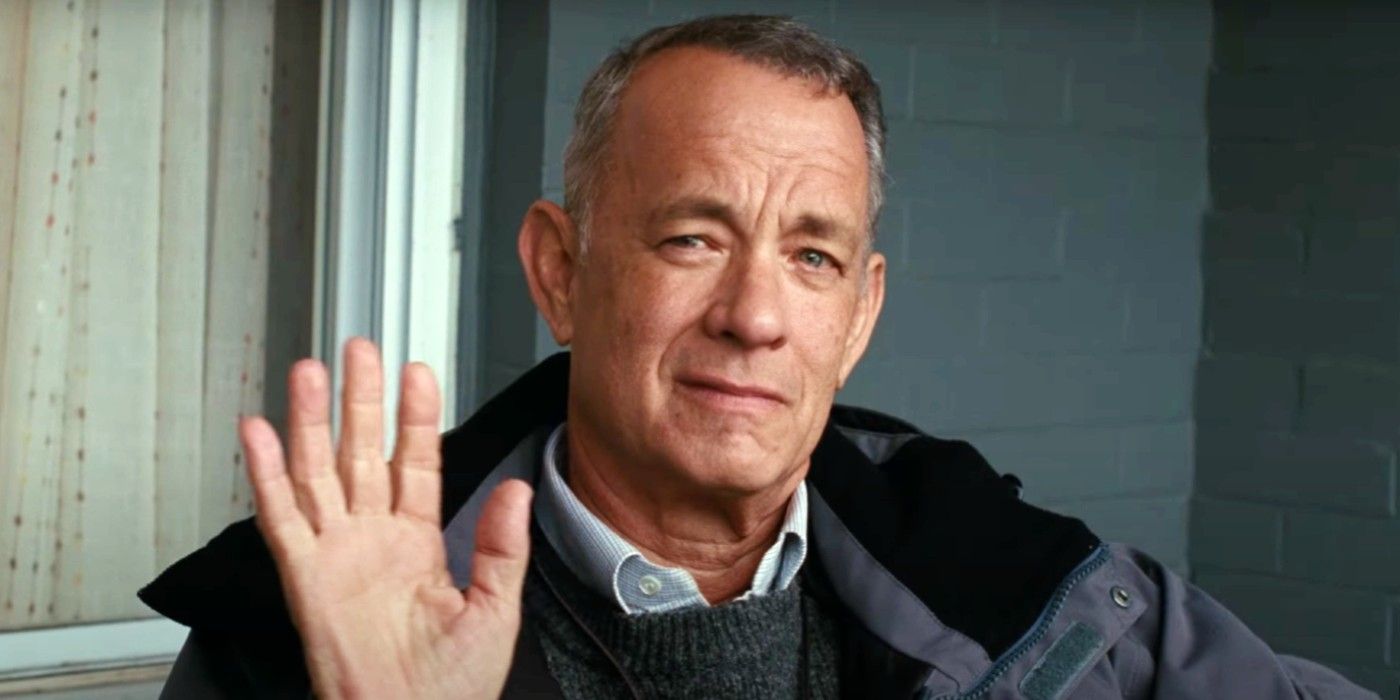 Actor Tom Hanks has a brilliant but candid response to the question of who he would choose to portray him in a biopic based on his life and career.

Tom Hanks, when questioned who should play him in a biopic, has a perfect and candid response. Hanks is one of the most recognizable and beloved actors in America. He has been on the Hollywood scene for almost five decades now, and the number of films he has starred in is nearing 100. Most recently, he starred in Pinocchio, Elvis, and A Man Called Otto. Elvis has been sweeping up accolades at prestigious award shows like the Golden Globes and Critics Choice Awards. While A Man Called Otto has received mixed-to-positive reviews from critics, most have praised Hanks’ heart-tugging performance as a widower.

Now, during an interview with Mythical Kitchen, Hanks candidly answered the question of who should play him in a biopic. It’s a question that has actually become quite common for many big names in the acting, writing, music, and filmmaking industry, as biopic films are always a popular choice for filmmakers. Movies like King Richard, Elvis, and I Wanna Dance With Somebody all show there is a trend in pop culture icons getting dramatized in films. So, who would portray legendary actor Hanks in a biopic? Well, no one:

Not a one ‘cause I don’t think anybody can hold a candle to the man himself.

Biopics for actors have been a little less common than those for musicians. However, some legendary figures like Charlie Chaplin, Lucille Ball, and James Dean have been honored with such dramatizations of their lives. If any currently active actors could expect to receive a biopic in the future, it would be Hanks. While he boasts dozens of films and decades of experience, his legacy is far more than numbers and time. He first made his Hollywood debut with the film Splash. Hanks has since revealed that he landed his major debut role in Splash by kicking Fonzie (Henry Winkler) while guest-starring in Happy Days. The scene impressed Ron Howard enough to land Hanks an audition for Splash.

After starring in Splash, the rest was pretty much history for Hanks. He had a charisma and personality that just made him lovable, no matter how unlikeable of a character he played. Whether he was an empathy-inducing young widower in Sleepless in Seattle, an inspiringly optimistic and kind man in Forrest Gump, or an impatient, loyal, and passionate cowboy in Toy Story, Hanks has always had a knack for working his way into the hearts of viewers. Meanwhile, his roles have spanned numerous genres and shown his talent and versatility as an actor. While he can perform in laugh-out-loud comedies like Turner and Hooch, he can just as easily play a weathered soldier in Saving Private Ryan.

Recently, Hanks singled out Road to Perdition as one of the most important films he has done to date, even though he admitted it’s a film of his that people don’t reference frequently. However, he indicated he does these types of films with the knowledge that they last forever and will be revisited. This may be why, though he has only been nominated for one Oscar in the past two decades, he simultaneously is at the center of some of the most beloved and impactful roles in the past two decades. Hanks is correct that no one should play him in a biopic, because no one could ever hold a candle to his long-lasting Hollywood legacy of important, impactful, and beloved roles.

Next: What The Golden Globes Mean For Oscars 2023: 5 Biggest Reveals & Questions