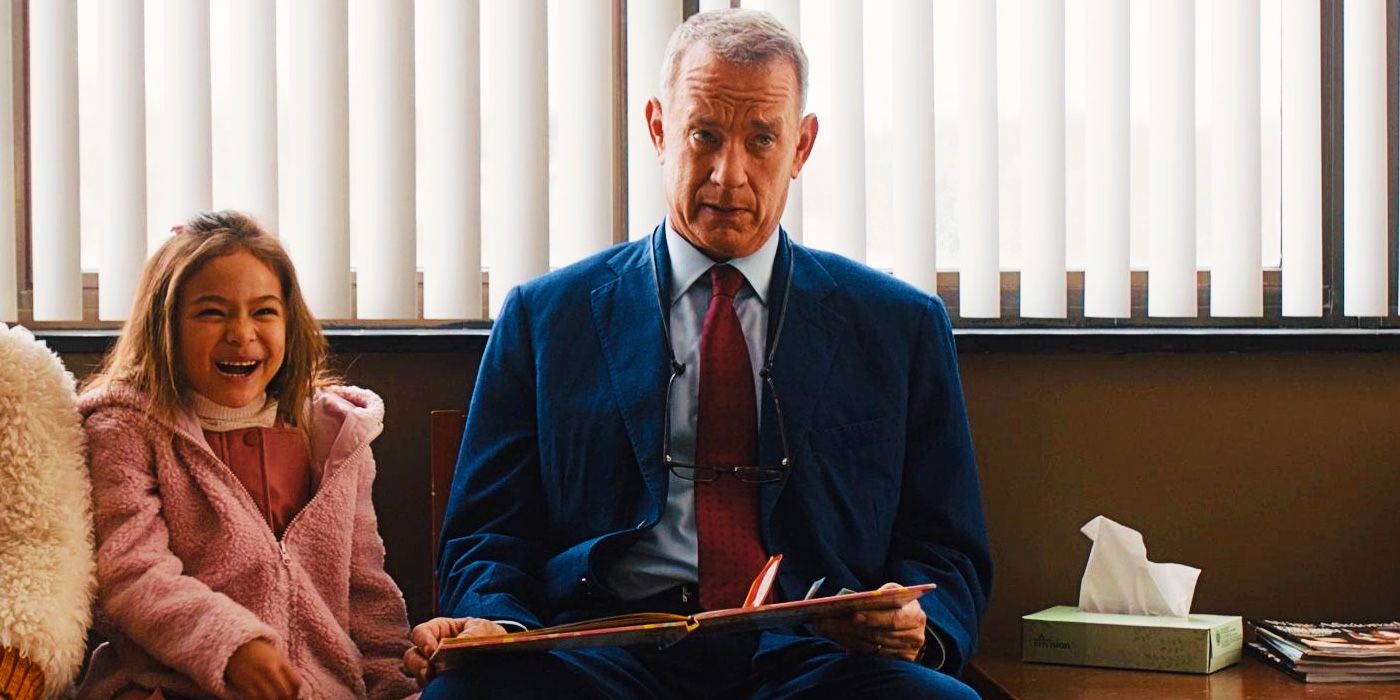 Tom Hanks, who has three sons in show business, becomes the latest actor to weigh in on the current debate about rampant nepotism in Hollywood.

A Man Called Otto star Tom Hanks weighs in on the current debate about nepotism in Hollywood. Known for his roles in Philadelphia, Forrest Gump, Saving Private Ryan, and Cast Away, the two-time Oscar-winning actor remains one of the most recognizable and respected actors working in Hollywood today. Over his career, Hanks has also been outspoken on various social issues, such as gay rights and environmentalism. Recently, the nepotism debate has been raging through Hollywood with multiple stars speaking out, Hanks being the latest. He is the father of three sons – Truman, Chet, and Colin Hanks – who are all involved in show business to various extents.

During a recent appearance on The Sun Showbiz, Hanks shares his opinions on the Hollywood nepotism controversy. The actor, whose new movie is A Man Called Otto, was mostly dismissive of the current debate, saying that his kids are involved in a family business, and if they had grown up in a different lifestyle, they would be involved in that instead. Hanks went on to say that what matters in Hollywood is not the last name, but the stories told to the audience. Read what he said below:

“Look, this is a family business. This is what we’ve been doing forever. It’s what all of our kids grew up in. If we were a plumbing supply business or if we ran the florist shop down the street, the whole family would be putting in time at some point, even if it was just inventory at the end of the year. The thing that doesn’t change no matter what happens, no matter what your last name is, is whether it works or not. That’s the issue anytime any of us go off and try to tell a fresh story or create something that has a beginning and a middle and an end. Doesn’t matter what our last names are. We have to do the work in order to make that a true and authentic experience for the audience.”

While Tom Hanks is the latest to address this, the current debate about nepotism in Hollywood was started, seemingly out of nowhere, by a recent New York Magazine article, analyzing the current crop of young actors with famous parents who are either in the entertainment industry or have strong connections. The cover story featured an image with actor’s heads – including Dakota Johnson, Jack Quaid, Maya Hawke, Lily-Rose Depp, Ben Platt, and Zoë Kravitz – photoshopped onto babies and coined the term “nepo babies” to refer to those who have benefited from their parents’ fame or connections. Many actors have spoken out since and dismissed the viral term.

Glass Onion: A Knives Out Mystery star Kate Hudson, who is the daughter of actress Goldie Hawn, was one of the first to speak out and dismiss the “nepo baby” term, saying she doesn’t really care about the backlash and that storytelling runs in her family’s blood. She also argued that nepotism is more common in other industries, such as modeling. Halloween‘s Jamie Lee Curtis, who is the daughter of actor Tony Curtis, acknowledged the recent “nepo baby” debate on Instagram by saying it is “designed to try to diminish and denigrate and hurt.” O’Shea Jackson Jr., son of Ice Cube, also weighed in, saying he got where he is today due to his work ethic.

Hanks is married to actress Rita Wilson, with whom he has two children with – rapper and actor Chet Hanks (who frequently courts controversy) and Truman Hanks, who appears in A Man Called Otto and has worked on several film crews. His oldest son from a previous marriage, Colin Hanks, is the most accomplished actor of his three children, whose recent roles include The Offer and A Friend of the Family. While Tom Hanks was mostly dismissive of the nepotism debate, hearing his three sons’ perspectives on the topic could provide more insight into how they feel about it.