‘Violent Night 2’ in the Works 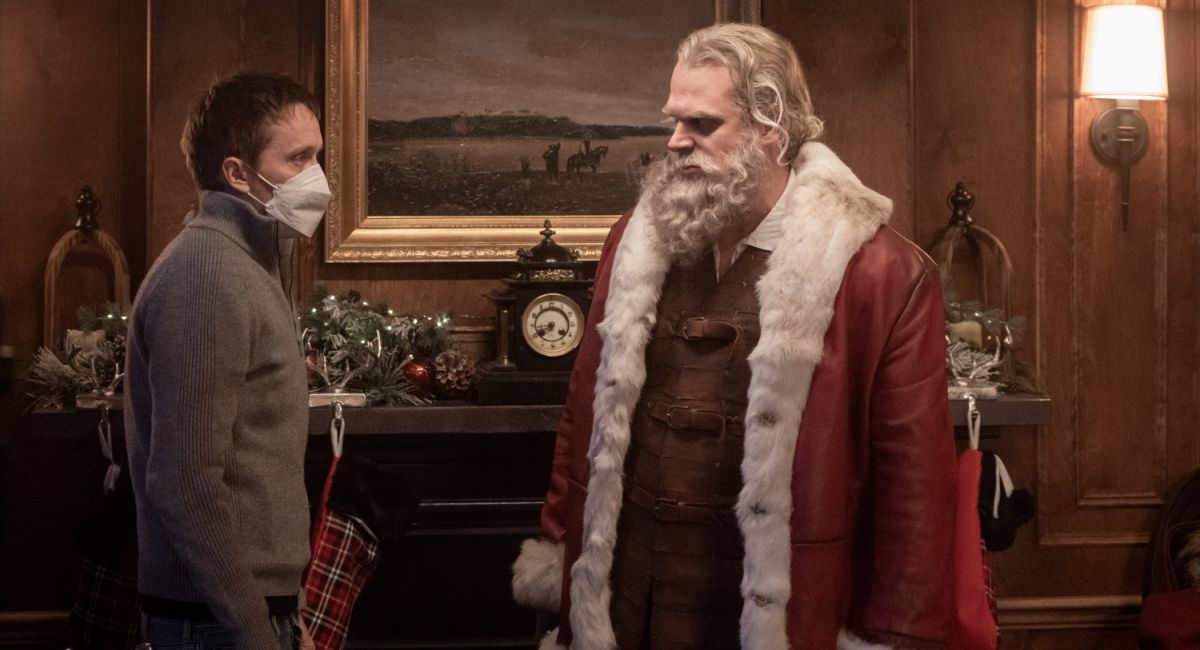 The Universal movie was a box office hit, earning more than $75 million worldwide (with more coming from its digital home entertainment release) off the back of a $20 million budget.

Now, according to director Tommy Wirkola (talking to The Wrap), the pieces are falling into place for a follow-up. “We’re talking about it and we’re just making deals and getting everything in order.”

In case you were a Grinch and skipped it, ‘Violent Night’ starred Harbour as a version of Santa who is feeling a little jaded about the whole Christmas thing after centuries of delivering presents to increasingly ungrateful kids.

A Norse warrior lord before he was tapped to don the red suit and bring joy to the world, he’s tired of lists asking for cash or video games, and of competing with Amazon. Plus, the genuine “thank yous” are few and far between.

So when he stumbles into a hostage situation at the Lightstone family compound, where the wealthy Gertrude (Beverly D’Angelo) and her grown kids, in-laws and grandchildren have gathered to celebrate a typically passive-aggressive Christmas, he’s initially more concerned with raiding the liquor cabinet than helping out, he’s moved by young Trudy Lightstone (Leah Brady) to take down the villain known as Scrooge (John Leguizamo) and his goons.

Written by ‘Sonic the Hedgehog’ duo Pat Casey and Josh Miller and produced by David Leitch’s action-orientated 87North company, the film is a winning blend of laughs and kick-ass set pieces.

According to Wirkola, who was out promoting the Blu-ray release, the team will not be rushing to make the follow-up, so don’t go looking under the cinematic tree this year. “We have time to really crack the script and figure out the story,” Wirkola says. “And we have some ideas, me and Pat and Josh and the producers, we’ve been talking about where we want to take it and what we want to see.”

Of course, there are no details on what the story might be yet, besides Harbour’s Santa facing another situation. But Wirkola and co. know what they have left to play with.

“There’s stuff we left on the floor like the North Pole, Mrs. Claus, the elves,” Wirkola adds. “But story-wise I think we have a really, really cool idea that expands on the world and scope, but still keeping that tone that we love from the first one.”

As long as it’s full of Harbour dealing rough justice to those on the naughty list, it could be another winner.