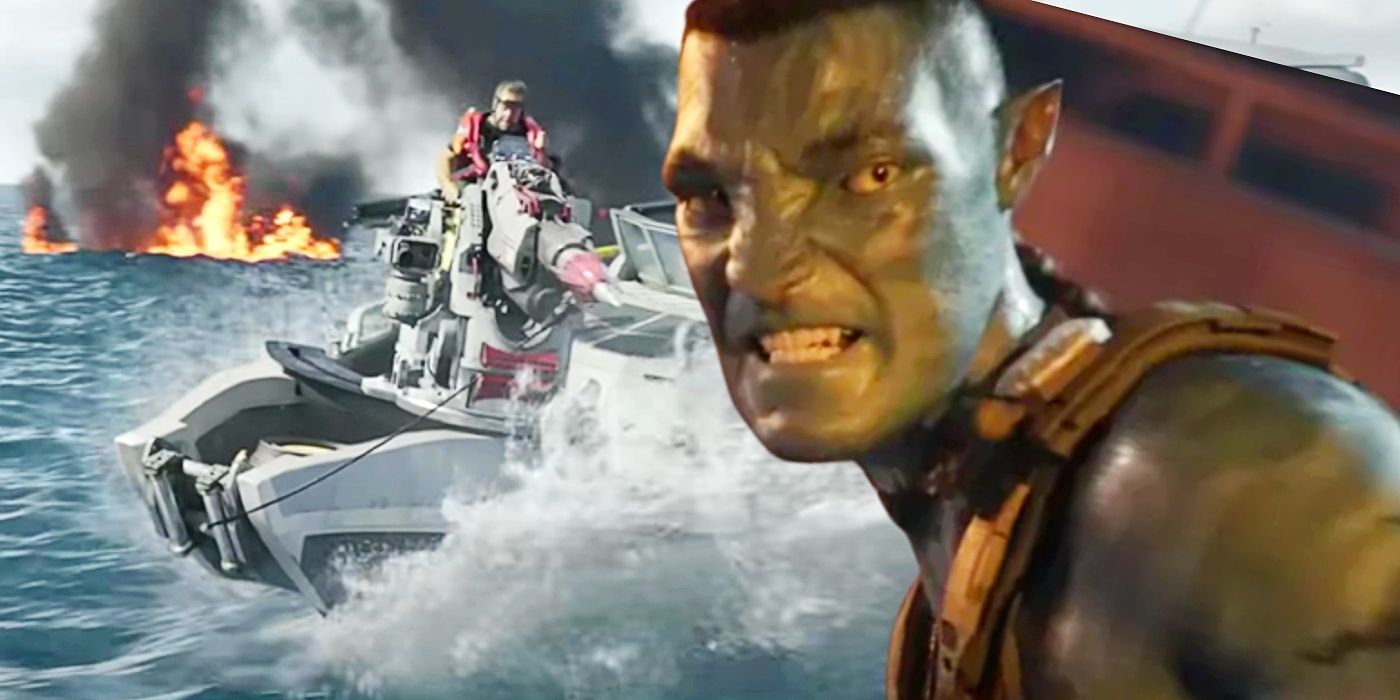 One villain in Avatar: The Way of Water fans may have thought was dead will actually be returning in Avatar 3, according to producer Jon Landau.

Avatar: The Way of Water producer Jon Landau confirms that tulkun hunter Mick Scoresby will return in Avatar 3. 13 years after the events of the original film, James Cameron’s Avatar: The Way of Water sees Jake Sully (Sam Worthington), Neytiri (Zoe Saldaña), and their children take refuge with a new oceanic clan of Na’vi called the Metkayina after the return of humans to Pandora. Throughout the film, the Sullys must not only contend with the vengeance-seeking Na’vi version of Miles Quaritch (Stephen Lang) but also a ruthless RDA tulkun hunter named Scoresby (Brendan Cowell).

Although, in one of Avatar: The Way of Water‘s most cheer-worthy moments, Scoresby gets his arm cut off due to the clever actions of Payakan, Landau confirms in the March 2023 issue of Empire Magazine that Cowell’s villain will return in Avatar 3. The producer is careful not to divulge too many details about what fans can expect from the tulkun hunter in the upcoming film, but the character’s return speaks to the overarching stories that are planned for the subsequent sequels. Empire Magazine also reveals that General Ardmore (Edie Falco) and the RDA will be continuing their quest to turn Pandora into the new “home for humanity“.

Everything We Know About Avatar 3

Avatar 3 was filmed concurrently with the most recent sequel to ensure that the younger actors didn’t age out of their roles, but the film was still never a sure thing. However, the very strong reception to Avatar: The Way of Water and its exceptional box office performance has now essentially solidified that, not only will the third film be moving forward, but a planned fourth and fifth entry will likely also be getting the green light. Early on in development, Avatar: The Way of Water was actually a much bigger film in terms of story, but it quickly became clear that it was too much for one movie and the decision was made to split it up into two.

In addition to revealing that Lo’ak will be the narrator in Avatar 3 instead of Jake, Cameron has also revealed that Avatar 3 will include a new group of Na’vi called the Ash People, a fire-based clan who may not be as friendly as the Omaticaya and Metkayina. Cameron explains that Avatar 3 will complicate the more straightforward “good” Na’vi versus “bad” humans dichotomy of the first two movies by showing that both sides are equally capable of honorable and evil deeds. Avatar 3 will also introduce a handful of new characters, including a scientist played by Michelle Yeoh, and unknown characters played David Thewlis and Oona Chaplin.

Since Avatar 3 was filmed alongside Avatar: The Way of Water and was originally a part of the latter film’s story, the sequel may be quite closely connected to the most recent sequel in terms of story. It’s unclear whether there will be a time jump after Avatar: The Way of Water, but the film’s ending leaves several plot threads open to continuation. Quaritch lives to fight another day, meaning he will almost certainly return, and Kiri (Sigourney Weaver) also discovers an ability to control Pandora’s plant life, which seems ripe for further exploration. Fans still have two full years to wait before Avatar 3 is expected to release in theaters, but the film is already shaping up to be an exciting entry in the franchise.