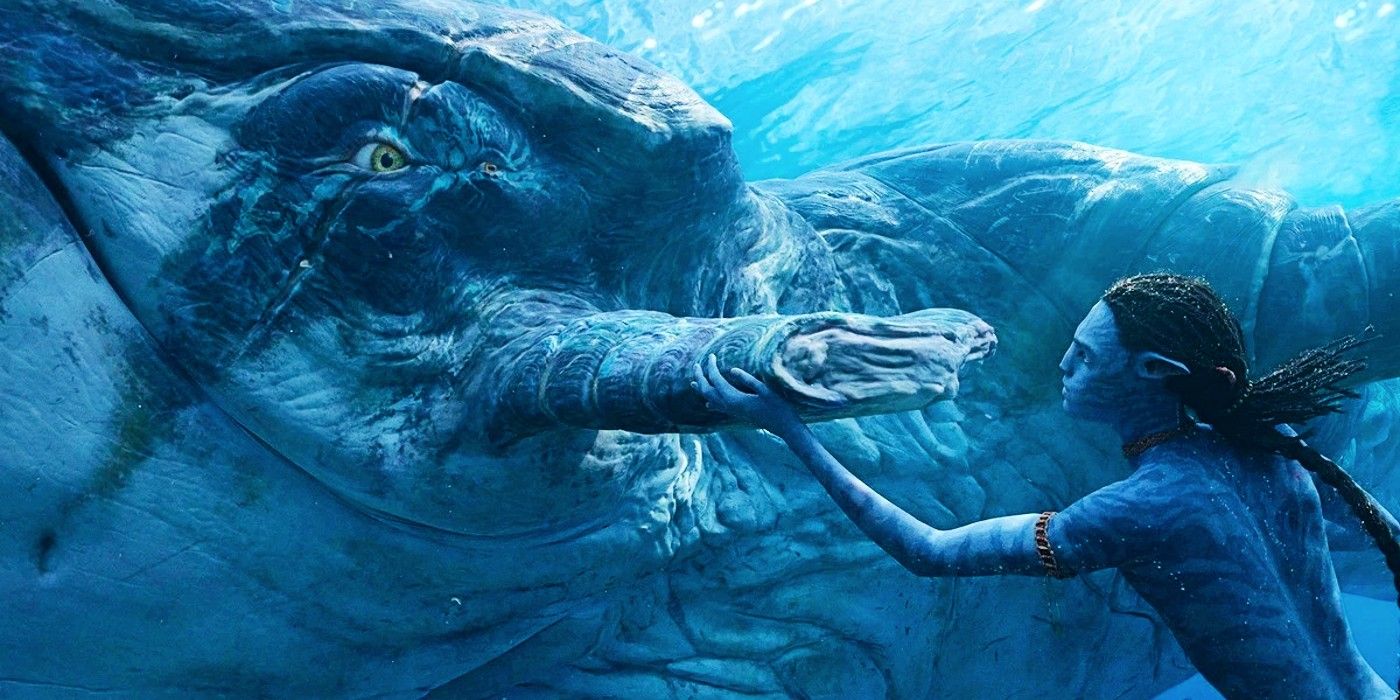 Avatar: The Way of Water’s Tulkun, mainly Payakan, share a surprising similarity with real whales, according to a renowned ocean ecologist.

Avatar: The Way of Water‘s Tulkun share a surprising connection with real whales. Set fifteen years after the first Avatar, the long-awaited sequel finds Jake and Neytiri’s Na’vi family fleeing their forest home to seek refuge with the reef-dwelling Metkayina clan. There, their troubled middle child Lo’ak (Britain Dalton) befriends a Tulkun, essentially a whale-like creature, named Payakan. The somewhat strange and unexpected subplot got viewers wondering if it’s actually possible for a human to befriend a whale.

Now, a renowned ocean ecologist has the answer. During a recent interview with GQ, Dr. Carl Safina provided several anecdotes about people befriending whales, including an orca named Luna off the shores of British Columbia, as well as his personal experience befriending a whale during his PhD studies off the South Shore of Long Island. In both cases, Dr. Safina notes that the whales had been separated from their family, similar to Payakan in Avatar: The Way of Water. Read what Dr. Safina had to say below:

He would visit boats, people would pet him. Luna had a playful streak, where he might go to a 30-foot sailboat and give it a big shove but he would go over to kayakers and he would barely nudge the kayak, seeming to completely understand what the tolerances were of those two kinds of boats… The beluga would follow my boat. If I touched that whale or if I got in the water, the whale got very excited and started swimming all around, swimming faster, and constantly coming back. The only word I can use for that kind of excitement is, they were enjoying the encounter… These are whales that are highly, highly social animals and they need social bonds in a way that is probably the same way that humans need social bonds. In the case of Luna and the beluga, these were lost whales who needed social contact. They need some kind of relationship. In their normal case, they would probably form real bonds with other whales.

Related: Why Avatars Have 5 Fingers When Na’vi Only Have 4

Why The Tulkun Are So Important In Way Of Water

From everything Avatar: The Way of Water has to offer from its stunning visuals to its heartfelt familial story at its core, the Tulkun (who have become endearingly known as space whales) stand out as one of the best and most important parts of the sequel. During one of the most suspenseful underwater action sequences when Lo’ak is being relentlessly pursued by the killer shark creature known as an Akula, it is Payakan who comes to his rescue. This serves as the start of Lo’ak and Payakan’s unexpected friendship which blossoms over the course of the film.

Since James Cameron is famously fascinated with the ocean, it’s no surprise he took inspiration from actual aquatic life for Avatar: The Way of Water‘s fantastical creatures. Based on what the ocean ecologist explains about real whales and their need for social contact, it’s actually quite believable that Payakan, who was an outcast from the Tulkun and shunned by the Metkayina clan killing the RDA whalers who killed his mother, would befriend a Na’vi like Lo’ak. Though Cameron has been adamant that the Tulkun are not whales, the aquatic creatures clearly have this trait in common with the cetaceans and thus display a distinctly human quality that audiences can empathize with.

The Tulkun were such a well-received and important part of Avatar: The Way of Water that Payakan will be returning in Avatar 3 along with his main nemesis Captain Mick Scoresby, who is played by Brendan Cowell. With Avatar: The Way of Water breaking $2 billion at the box office, multiple sequels are all but guaranteed. This should allow Cameron’s sc-fi franchise to continue fleshing out the backstories for characters like Payakan, who is more than just an aquatic creature.