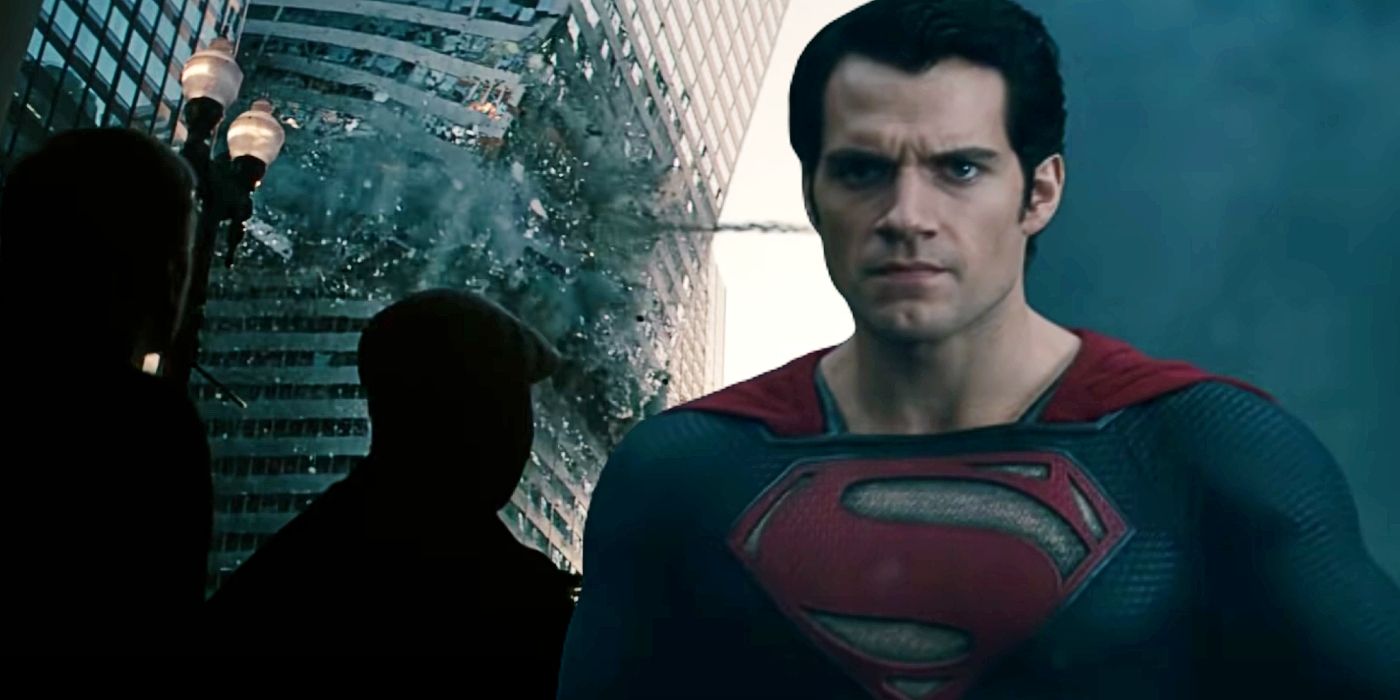 Insurance lawyer Stacey Giuliani analyzes the climax of Zack Snyder’s Man of Steel and explains who would pay for Metropolis’ destruction.

Man of Steel‘s ending features much of Metropolis being destroyed, and now, an insurance lawyer explains just who would be paying for all of it. Released in 2013, Man of Steel marks the first movie in Zack Snyder’s DCU Snyderverse. The film was met with mixed reviews from critics but performed well at the box office. Man of Steel serves as an origin story for Henry Cavill’s Superman and sees the hero face off against Michael Shannon’s General Zod. The two superpowered beings come to blows during the movie’s climax and their fight ends up destroying much of the Metropolis skyline.

In a new video from Vanity Fair, insurance lawyer Stacey Giulianti takes a closer look at the Man of Steel‘s explosive ending and breaks down who would be responsible for paying for all the destruction.

After determining that the damage caused by Superman and Zod would easily be within the realm of “hundreds and hundreds of billions of dollars” due to the buildings that would have to be torn down, roads replaced, living expenses covered, and additional costs, Giulianti explains that the unique circumstances of the fight and the fact that it’s essentially an act of war means that the insurance companies may not actually be responsible for paying for it. Check out Giulianti’s full explanation below:

If this is an act of terrorism, then it would typically be covered by the insurance companies and it’s called the Terrorism Risk Insurance Act. Prior to 9/11, insurance policies didn’t exclude terrorism. They require insurance companies to insure terrorist acts, but after a certain limit, the federal government will put its money, up to a certain limit, to pay for damages caused from terrorist acts. One of the biggest exclusions in virtually all insurance policies is what we call acts of war. If someone is trying to take over your country, you could argue that that’s an act of war and property insurance is excluded. The reason acts of war are excluded is because it’s so much damage. General Zod is trying to terraform the Earth. To me, that’s an act of war, and there won’t be any money coming from the insurance companies.”

Man Of Steel’s Destructive Finale Was Controversial For Superman Fans

Although Man of Steel is still widely considered a high point for the Snyderverse, the ending was certainly not without its detractors. The sheer amount of collateral damage is one element of this, with Superman and Zod flying through skyscrapers, which undoubtedly caused thousands of innocent civilian deaths, but the bigger issue is Superman actually killing Shannon’s villain during Man of Steel‘s climactic moments. Refusing to submit to Superman, Zod uses his heat vision to attempt to kill a group of cowering civilians and, out of options, Superman snaps Zod’s neck.

Superman, as presented in the comics, generally refuses to kill anyone. The hero holds himself to a high standard and is generally considered a powerful source of good. This means that, even when it would be easier for Superman to just kill his enemies, he chooses not to take the easy path but to attempt to restrain, incapacitate, or rehabilitate. Despite this “No Kill” rule, however, the Man of Steel has intentionally killed people a number of times in the comics. In addition to having killed General Zod, the comics also see the hero kill Mister MXYZPTLK, Doomsday, and the Joker, among others. Superman even kills Zod (played by Terence Stamp) back in Superman II in 1980, although not quite as graphically.

While controversy remains regarding Superman’s decision to snap Zod’s neck in Man of Steel, the film is still a highlight of Cavill’s tenure as the DC hero. With DC Studios creative heads James Gunn and Peter Safran confirming that Cavill will not be playing their new version of Superman that they intend to introduce in the next few years, Man of Steel will seemingly remain the actor’s only solo movie as the hero. Judging by Giulianti’s analysis, though, it seems like the U.S. government will be less concerned about Superman’s decision to kill Zod than the extreme amount of destruction it will have to pay for.

More: Every Way That Man Of Steel Borrowed From Smallville