Why Batman Is Legally A Cop Explained By Lawyer 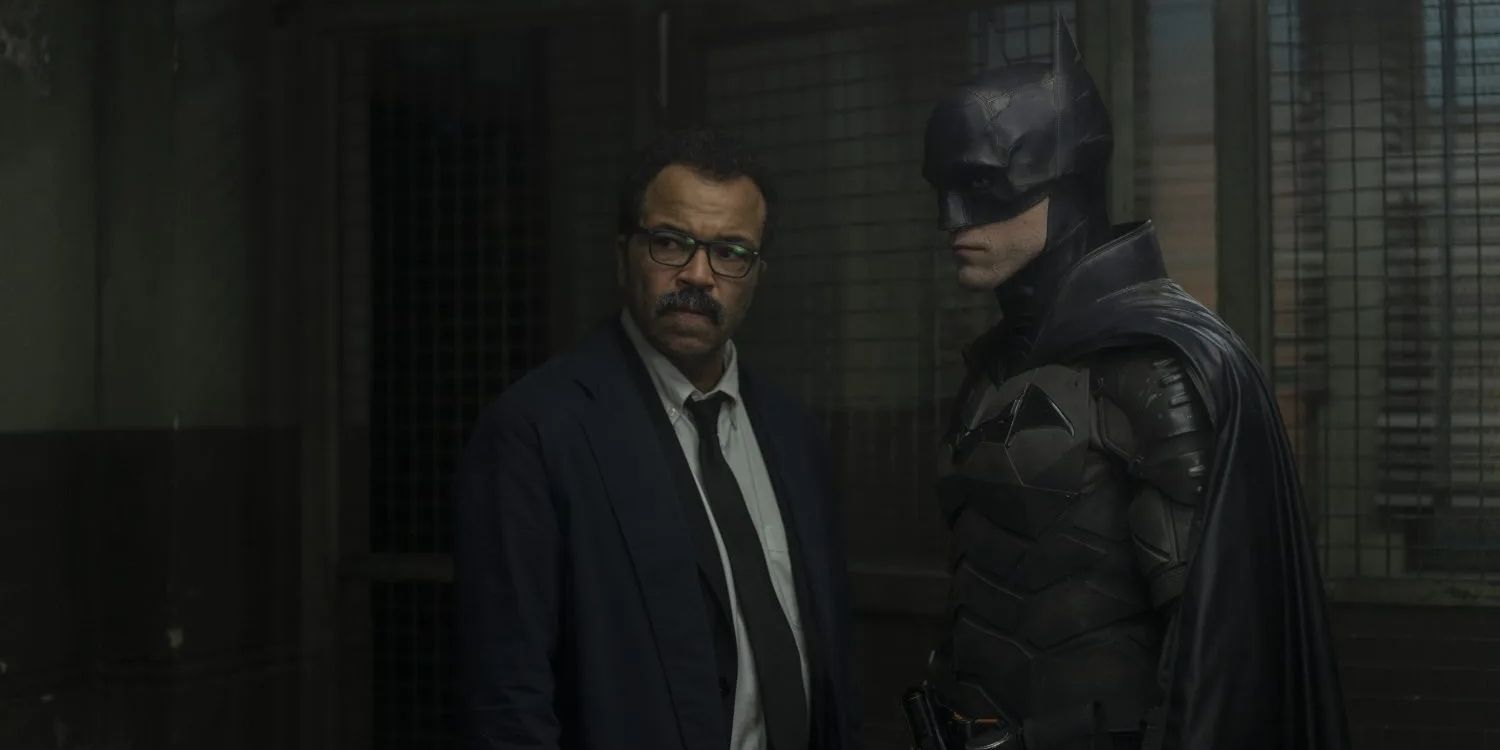 Insurance lawyer and superhero enthusiast Stacey Giulianti explains why Batman is legally a cop in The Batman and other Batman properties.

An insurance lawyer explains, in legal terms, why Batman is essentially a cop while reviewing footage from The Batman. Matt Reeves’ The Batman received critical acclaim for its dark, grounded, and gritty portrayal of one of the most famous detectives and superheroes. The Batman stars Robert Pattinson in the iconic role and features Zoe Kravtiz, Jeffrey Wright, Colin Farrell, Paul Dano, Andy Serkis, and John Turturro among its leading case members. DC’s newest Batman take was directed by Matt Reeves and was written by Reeves and Peter Craig.

In a video released by Vanity Fair, insurance lawyer and superhero enthusiast Stacey Giulianti explained why Batman is, legally, a cop. Giulianti stated that when the Bat-Signal is sent out to get Batman’s attention for him to find and wipe out crime in Gotham City, that is an act done by the government which extends the rules that cops abide by to the superhero.

The lawyer added that, if someone is acting on behalf of the state, they can’t do what the government can’t do, like search someone without a warrant. Through qualified immunity, Batman is protected from regular negligence, but if he goes out of his way to be reckless, he would be liable for the damage he causes in the act. Check out Giulianti’s full analysis of Batman below.

“This might be controversial, but I’m going to say it. Batman is a cop. Batman is called in by the bat signal in order to catch a fugitive or to stop a crime or solve a crime. That is something the government does. If you’re acting on behalf of the state, you can’t do what the government can’t do. You can’t search somebody without a warrant. You can’t shake them until they give you a confession in violation of the Fifth Amendment of the United States Constitution, just because you’re a private person. On the one hand, he has qualified immunity. He’s protected from regular negligence. If he causes some damage, and he’s not being reckless, he is protected the same way as a regular police officer would be. But if he goes out of his way to be reckless when he smashes The Penguin’s car, he would be liable for that, because no one, including the police, would be protected from a reckless act like that.”

Related: Superman Or Batman – Who Should Really Lead The New DCU

How Batman Movies Have Handled His Relationship To Gotham PD

Much like Batman’s relationships with Catwoman throughout the many Batman movies, the titular caped crusader often has varying relationships with Gotham PD. Batman almost always has a past with Gotham PD commissioner James Gordon. In The Batman, he has an alliance with the commissioner that allows him to freely navigate his superhero duties without worrying about harsh repercussions. The Tim Burton Batman is more reckless, though, taking the form of a power fantasy. Gotham PD interference is never a real threat to Batman or what he is and isn’t allowed to do while seeking out crime.

Christopher Nolan’s Batman is much more self-aware of the destruction that Batman puts forth. The Dark Knight positions Harvey Dent and James Gordon as public officials who bend the law for Batman to do the city’s bidding in their favor. They often sacrifice order in exchange for stamping out the chaos that is being caused on Gotham’s streets. Zack Snyder’s Batman goes a step further, with public reception of Batman being sullied and even considered criminal by some due to his attempted murder of Superman. The violence that Snyder’s Batman brings is still significant, though.

Batman’s methods and relationship with Gotham PD vary from film to film, but The Batman has a fresh take on matters. The police force is not enamored by Batman the way that Gordon is. When they interact with him, officers feel a noticeable level of discomfort as they deal with a level of oversight that they usually do not have to encounter. The film’s dedication to exploring the worn-down vigilante’s inner-conscious plays out through his relationship with those around him, including Catwoman and James Gordon. The Gotham PD’s empty promises also drive him to fight even harder for Gotham, despite that fight causing his personal turmoil. Every Batman film has its own perspective, which adds to the viewing experience.