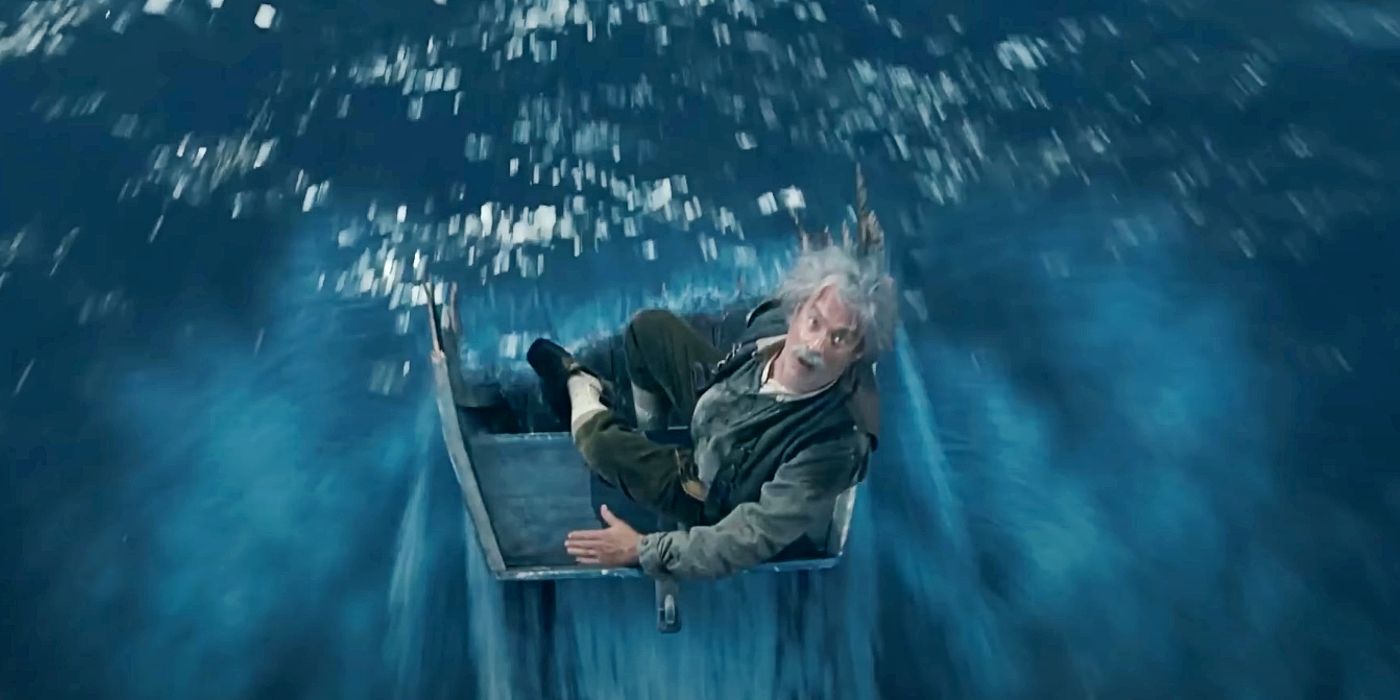 The VFX artists at Corridor Crew break down Disney’s latest live-action remake, Pinocchio, and explain why the movie’s CGI looks so weird.

Disney’s Pinocchio remake featured some lackluster visuals, and a group of VFX artists now explain why the movie’s CGI looks so wonky. Released in the fall of last year to generally poor reviews from audiences and critics alike, the film stars Tom Hanks as Geppetto, a woodcarver who creates a wooden puppet he names Pinocchio. The movie, which is directed by Robert Zemeckis, is the latest in a long line of live-action Disney remakes, which includes the likes of The Lion King, Dumbo, Aladdin, and Beauty and the Beast, among others. In addition to Hanks, Pinocchio also stars Joseph Gordon-Levitt, Angus Wright, Benjamin Evan Ainsworth, Cynthia Erivo, and Sheila Atim.

On the latest episode of the “VFX Artists React” YouTube series from Corridor Crew, the team of VFX artists take a look at the CGI in Pinocchio and explain why it ultimately doesn’t look as good as it could.

The ocean scenes in Pinocchio, in particular, feature a number of glaring mistakes and oversights that take away from the experience, including water that doesn’t make anything actually look wet. The CGI, however, seems to be part of a larger visual issue for the film in the sense that photorealistic elements are blended with more cartoony elements in a way that leaves the entire project feeling visually confused and ill-conceived. Check out Niko Pueringer’s comment on the movie’s VFX below:

“It’s like, why are you doing photorealistic water, but at the same time, not doing photorealistic physics? It’s just so rare to see something like this, that’s both high budget and rushed at the same time… It’s like, the artists are incredibly talented, but like, the amount of creativity going into this, like they had five minutes to conceptualize the shot. It’s like, this is really complicated stuff, you know? It’s not like this is easy to do… [This shot of the water receding] does look awesome, except for the fact that the water literally just doesn’t make anything wet right there. It’s like… video game geometry waves, especially the water that pools at the top of the rock and disappears. The water physics are really good, and the rendering’s really good, but then it’s just missing a key detail of how water works.”

Related: How Each Disney Remake Compares To The Original On Rotten Tomatoes

Are Straight-To-Disney+ Live-Action Remakes Worth It?

With such a poor reception to Pinocchio, it begs the question of whether Disney should even bother investing massive sums of money into remaking their animated classics into live-action. From a financial standpoint, it does clearly seem to be worth it for the company, with the Aladdin remake earning over $1.051 billion at the box office in 2019 and The Lion King remake earning an even more impressive $1.663 billion in the same year. 2017’s The Jungle Book also performed exceptionally well, earning over $1.264 billion. Even 2016’s The Jungle Book earned over $966 million. For the most part, these live-action Disney remakes are big money-makers and the company is poised to further cash in on this with upcoming movies like The Little Mermaid, Peter Pan & Wendy, and Snow White.

From a quality standpoint, however, it’s debatable whether these films are actually really adding anything meaningful to Disney’s impressive filmography. The Lion King and Aladdin, for example, are generally considered to have very impressive visuals but little else that makes them worthy remakes. On the other hand, however, The Jungle Book earned glowing reviews and refreshed the classic story in new and exciting ways. Essentially, then, it’s a mixed bag. Pinocchio makes a strong argument that perhaps it’s time to lay the Disney live-action remakes to rest, but the company’s upcoming slate suggests that won’t be happening anytime soon.

In order for Disney’s live-action remakes to be worth it, the stories should be more than straight carbon copies of the original. The original movies, in many cases, still hold up remarkably well today, so the live-action remakes should feature meaningful updates that make them feel like more than just cash grabs. Although Pinocchio certainly missed the mark, here’s to hoping that upcoming live-action remakes like The Little Mermaid and Hercules innovate and evolve the beloved tales that so many audiences grew up with.

More: Why GDT’s Pinocchio Is So Much Darker Than Disney’s Version