Why MODOK Is In Ant-Man 3 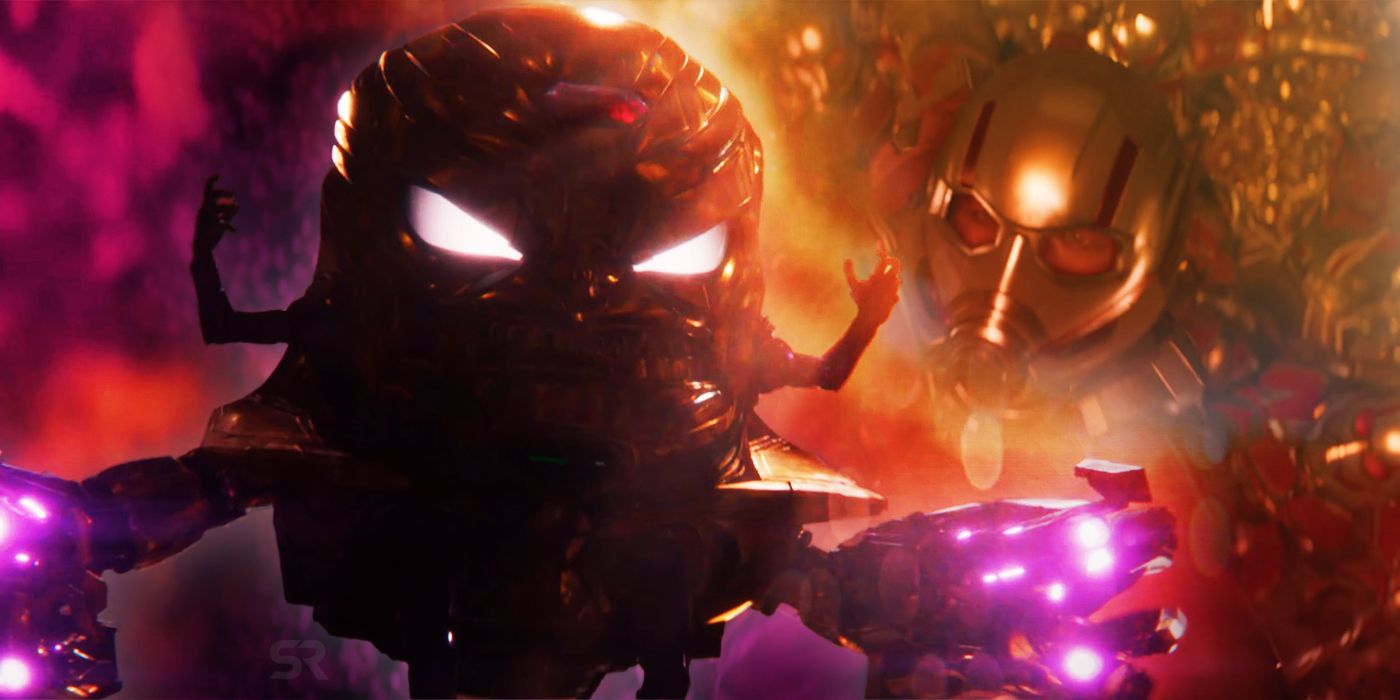 MODOK’s role in Ant-Man 3 is surprising, given its focus on Kang and setting up Marvel’s Multiverse Saga, so how does he feature in Quantumania?

The next MCU movie, Ant-Man and the Wasp: Quantumania, will feature MODOK’s first live-action appearance in the MCU. Kicking off MCU Phase 5 in theaters on February 17, 2023, Ant-Man and the Wasp: Quantumania will also properly introduce Marvel’s next big bad, Kang the Conqueror (Jonathan Majors), following an appearance by the Kang variant, He Who Remains, in the Loki season 1 finale. Ant-Man 3‘s MODOK and Kang appearing in what is being billed as possibly the biggest MCU movie since Avengers: Endgame is a good sign for Marvel’s Multiverse Saga plans.

Aside from an animated sitcom starring Patton Oswalt in the title role and an alternate version of MODOK who appeared in Marvel’s Agents of S.H.I.E.L.D, Ant-Man and the Wasp: Quantumania will be the first time that MODOK appears in the MCU. As for who is playing MODOK in Ant-Man 3, that honor goes to actor Corey Stoll — not Bill Murray, who will be playing an entirely different character. With the casting of MODOK settled, the bigger question, in light of the Multiverse Saga, is how MODOK fits into the story of Ant-Man and the Wasp’s confrontation with Kang the Conqueror.

Related: Kang Could Use The Avengers’ Endgame Trick Against Them In The MCU

Ant-Man 3 Has 2 Classic Villains – Can It Work?

Ant-Man 3‘s MODOK and Kang sharing the spotlight can be a tricky prospect. On one hand, two classic villains in Quantumania could work well, as seen in Ant-Man and the Wasp where Walton Goggins and Hannah John-Kamen shared villain duties. That said, two villains of the stature of MODOK and Kang the Conqueror may also distract from the MCU’s Multiverse Saga set-up. An obvious answer for how Kang and MODOK can co-exist in the movie lies in the Quantum Realm, in which much of Ant-Man 3 will take place. Rather than compete for screen time, MODOK could instead lay the groundwork for Kang the Conqueror’s MCU debut.

In the comics, Advanced Idea Mechanics created the original Cosmic Cube, or as it’s known in the MCU: the Tesseract. It’s therefore not a huge logical leap for the company to be experimenting with the Quantum Realm in Ant-Man 3. The founder of AIM, Aldrich Killian, was killed at the end of Iron Man 3, so the resulting power vacuum may have led to a hostile takeover. This lays the groundwork for the MCU to adapt the Marvel Comics origin of the Mental Organism Designed Only for Killing, also known as George Tartleton, the lowly technician was transformed into MODOK by AIM specifically to unlock the Cosmic Cube’s potential. Though MODOK in Quantumania won’t be Tartleton, and will instead be Ant-Man‘s Darren Cross/Yellowjacket — with actor Corey Stoll reprising the role — Yellowjacket’s fate may be the perfect way to adapt MODOK’s comic book origin into the MCU.

MODOK, AIM, and Kang’s tampering with the Quantum Realm could instigate MCU Phase 5 by bringing Scott Lang into contact with Kang the Conqueror. Whatever MODOK’s exact role is in Ant-Man & The Wasp: Quantumania is, it’s safe to say that such an iconic character won’t be appearing in the new Ant-Man movie without a very good reason. In fact, MODOK may be the one who’s in contact with Cassie Lang, who in the Ant-Man 3 trailer broadcasts a signal that pulls everyone into the Quantum Realm. After all, MODOK/Darren Cross already used Cassie against Scott in the first Ant-Man movie.

MODOK In Ant-Man 3 Is Perfect For Scott Lang Too

Adjusting the MODOK backstory to position him as Darren Cross, previously the MCUYellowjacket, not only gives coherence to Scott Lang’s MCU arc, it also gives Scott a foe that feels like a legitimate nemesis even when next to Kang. The grand introduction of Kang the Conqueror readies the chessboard for MCU Phase 6, Avengers: the Kang Dynasty, and Avengers: Secret Wars. Meanwhile, the MCU debut of MODOK in Quantumania not only pays off Yellowjacket’s overlooked arc, but also allows Scott Lang to settle his past. It gives Ant-Man 3 an additional personal element to complement its setting up of the wider Multiverse Saga. Whatever goes down in Ant-Man and the Wasp: Quantumania, it seems that Cassie will once again be used as a bargaining chip against Scott, and MODOK/Darren Cross will have a key part in whatever Kang has planned for the Avenger.