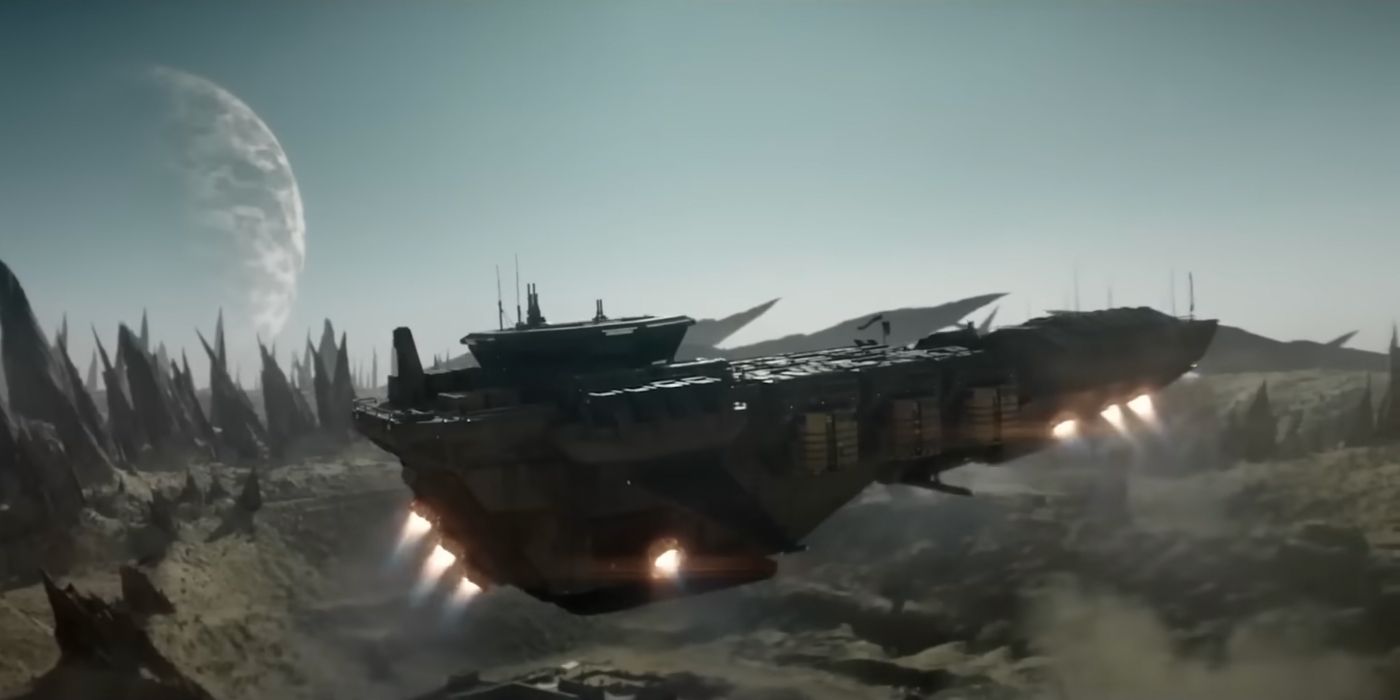 The massive scope of Zack Snyder’s Rebel Moon means that it has to be told over the course of two movies, as explained by Netflix producer Ori Marmur.

A Netflix producer has stepped up to explain the massive scope of Zack Snyder’s upcoming project Rebel Moon. A popular director, producer, and screenwriter, Snyder gained a massive following after his work on 300, which told the story of a Spartan stand against the Persians at the Battle of Thermopylae. His support only grew during his stint at DC Studios, as he painted a darker DC universe, consisting of an older and more experienced Batman, a conflicted Superman, and a Justice League team with a 4-hour movie cut as they face off against the villainous Steppenwolf.

Now, Snyder has turned his attention to outer space for his next project, Rebel Moon, and the scope of the movie is constantly and rapidly growing in intensity. With Snyder having already announced in a set video that Rebel Moon‘s filming wrapped, progress on the film looks to be moving quickly, but that doesn’t mean that it hasn’t hit a few setbacks due to its scope. Though initially intended to be one movie, in an interview with Variety, Netflix producer Ori Marmur revealed that Rebel moon has been split in two. Check out his quote below:

“Zack came in with so much passion. This is a film that he’s had in mind for decades. As you know, he’s spent so much time working on other people’s IP at other studios. We worked with him on Army of the Dead and we did things that others couldn’t do. We made a film and then a prequel and launched a live experience. With Rebel Moon he wanted to push the envelope again. When we saw how big the world he created was, we thought it would be better served as two pieces versus one film. It’s the kind of story that can continue to grow. He thinks of it as his take on making something like Star Wars.”

Related: Zack Snyder’s Rebel Moon Could Open The Door For A Future Project

What To Expect From Rebel Moon

Co-written by Kurt Johnstad (300) and Shay Hatten (Army of the Dead), Rebel Moon is less of a departure for Snyder and more of a natural next step in his career, as he is sticking close to producers and writers that he has already proven capable with. In addition, more than just Snyder’s take on Star Wars, Rebel Moon was originally a Star Wars pitch itself, before the project evolved into a stand-alone space opera of its own right. Snyder is approaching Rebel Moon intending to build a universe with all the careful detail that comes with creating worlds of his own.

Following the story of a rising rebellion against the tyrannous Regent Balisarius (Ed Skrein), Rebel Moon sees a colony sending the young Kora (Sofia Boutella) to try to seek aid and warriors across the stars, so that the colony can break free of the oppression of Balisarius. Snyder’s own synposis for Rebel Moon reveals the story of a farming planet standing up against oppressors and seeking support along the way. It’s a very Star Wars story that also reflects comparisons with the scope of Dune, which seem to be the comparisons that Snyder is looking for.

The project will consist of two separate movies, though Rebel Moon distinguished itself by filming both parts back-to-back, meaning that the second iteration of Rebel Moon can be released much more quickly. Netflix, where the film is set to premiere, hopes to see several spin-offs for Rebel Moon, just as the Star Wars franchise has been able to support its own universe. Likely to be Snyder’s longest movie ever, Rebel Moon is set to premiere on December 22, meaning that it will be a long while before Kora is able to get off-planet and find allies.