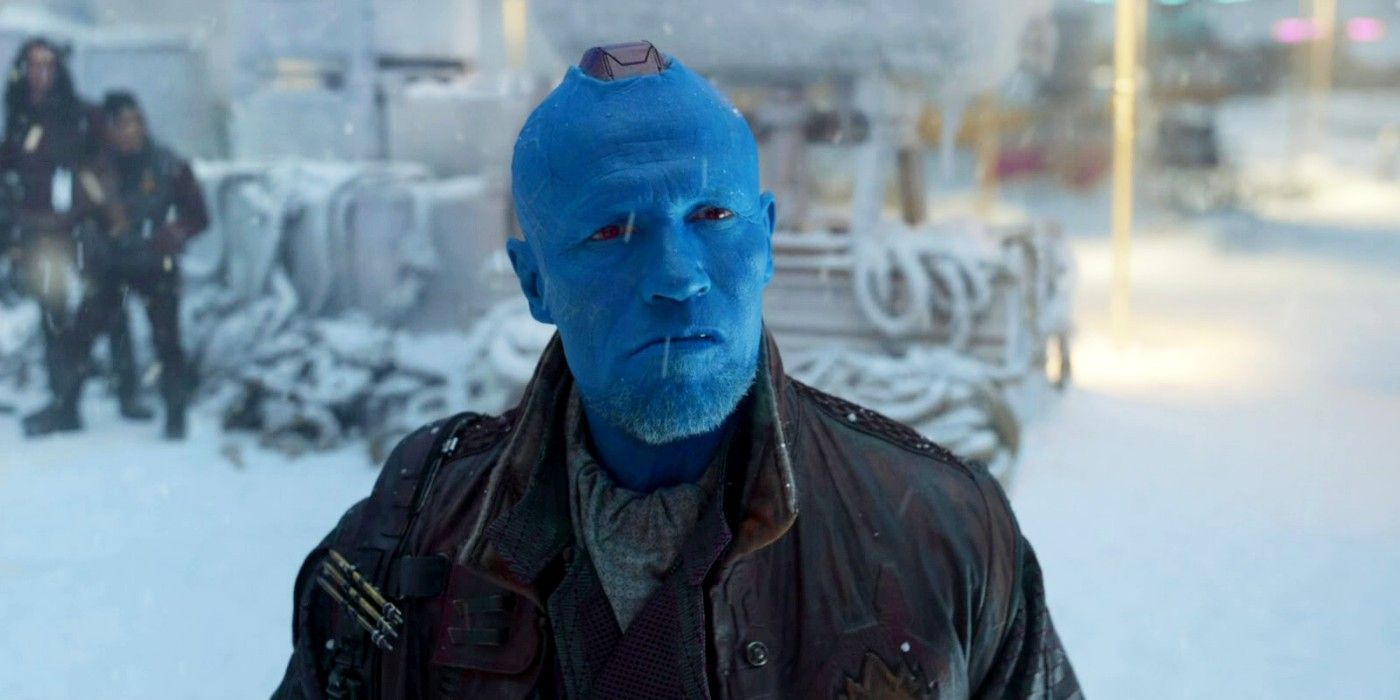 Yondu’s Mary Poppins joke in Guardians of the Galaxy Vol. 2 gets a hilarious nod in an impressive new cosplay. Played by Michael Rooker, Yondu served as a father figure to Peter Quill (Chris Pratt) in the Guardians of the Galaxy franchise. While the character sometimes took on an antagonistic role in the first two films, he also provided comic relief and ultimately sacrificed himself for Peter in the franchise’s second installment, showing that there was plenty of heart to his Marvel Cinematic Universe character.

In a much-referenced Guardians of the Galaxy Vol. 2 moment before his death, Yondu proclaimed, “I’m Mary Poppins, y’all!” because he was flying similarly to the character while saving Peter and the Guardians from Ego. The heroic Mary Poppins moment has earned many nods since 2017, with MCU fans even editing Yondu into the Mary Poppins Returns trailer. Now, a viewer took the joke to another level by bringing the reference to life with a clever and well-done cosplay posted by Reddit user MakEnt75, which sees Yondu and Mary Poppins cross paths, with Yondu hoisting Mary’s umbrella in a perfect callback to the film moment. Check out the images below:

Yondu’s Mary Poppins moment came as a surprise to the audience for several reasons. The character wasn’t usually the one to make references to popular Earth media since he spent most of his time traveling to various planets, with Peter often making Earth-centric references as a symbol of his nostalgia for the childhood he lost. For much of the Guardians of the Galaxy franchise, Yondu was seen by Peter as the person that tore his childhood away since the former abducted him from Earth after his mother’s death.

The tension in the pair’s relationship was partly resolved towards the end of Guardians of the Galaxy Vol. 2 after Peter realized that Ego (Kurt Russell) wasn’t the father he had always hoped for, and Yondu proved that he genuinely cared for Peter. Before the memorable and tragic declaration by Yondu that Ego was Peter’s father but not his “daddy,” the Mary Poppins joke created a fleeting moment of connection and levity between Peter and Yondu. While Yondu made many mistakes, he knew, understood, and valued Peter in a way that Ego didn’t. Given Mary Poppins’ position as a caretaker, Yondu’s Mary Poppins parallel was completely unexpected, hilarious, and surprisingly fitting in a twisted way, which has led to its longevity.

Will Yondu Come Back To The MCU?