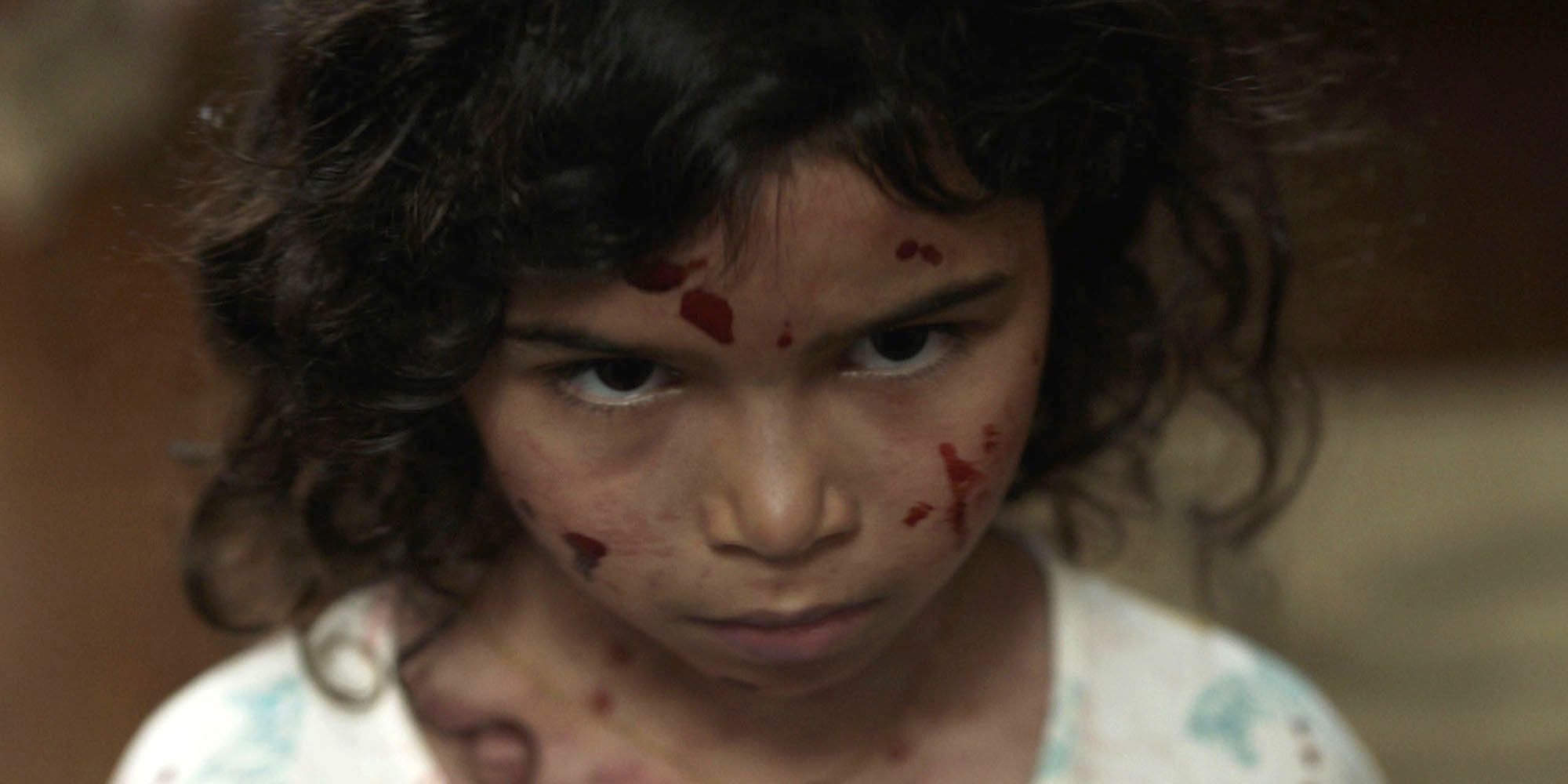 Laura Moss’s directorial debut, Birth/Rebirth is a thought-provoking reimagining of Mary Shelley’s classic horror myth Frankenstein. It intertwines two different expressions of motherhood that exemplify what a woman would do for the life of a child. Moss and Brendan J. O’Brien’s perceptive script is equal parts restrictive and exploratory. Though it doesn’t always measure up to the themes central to its plot, great performances from lead actresses Judy Reyes and Marin Ireland boost this script to a tolerable watching experience.

The story follows two women at various stages in their lives. Rose (Marin Ireland) is the anxious pathologist who prefers working with corpses over interacting with humans. She is also obsessed with reanimating the dead. Celie (Judy Reyes) is a maternity nurse whose loquacious six-year-old daughter, Lila (A.J. Lister), is the highlight of her life. After an unfortunate accident, Rose and Celie’s worlds collide in ways that challenge their morals. The two women and young girl embark on a dark path of no return where they will be forced to confront how far they are willing to go to protect what they hold most dear.

Birth/Rebirth excels at exploring the dynamic between two women who view motherhood differently. Celie’s purpose is to love, nurture, and help her child grow into all that she desires to be. For Rose, motherhood is a means to an end. She is dedicated to using the science of motherhood with the end goal of extending life. On paper, these ideologies differ significantly, but Moss elegantly blends their desires into one. In the process, she forges quite the juxtaposition that calls into question sanity and ethics.

Unfortunately, it’s hard to indicate exactly where Birth/Rebirth loses its steam, but one thing holding it back is that it doesn’t lean into the horror genre as well as it could have. Moss’s film is a slow burn in every sense. When it appears that something horrifying may happen around the corner, the script dials back the tone and nothing comes of the incredible suspense established. For a film that’s reimagined after the Frankenstein classic, there are rare opportunities to get more glimpses into that type of vibe. As a result, audiences may be left disappointed or craving for more elements that this feature had the potential and material to include.

Despite some limitations within Birth/Rebirth, the acting from the three leads is enough to propel this okay story into a decent watching experience. Specifically, Ireland’s commitment to her character’s anti-social activities feels natural. Her ability to convey Rebecca’s passion to advance her work is convincing. Reyes also makes leaps and bounds over this standard script to elevate the final product. As her character crosses a bridge from which she cannot return, Reyes visibly transforms in real time, highlighting the desperation a mother may feel to save her child.

In short, Birth/Rebirth leaves much to be desired as it lays out its theme of motherhood and calls into question the extremes one would take to protect a child. Often restricted by its subtlety and misplaced suspense, the film struggles to overcome its inability to commit to the genre. Consequently, it feels underwhelming despite the script being full of promise. Birth/Rebirth contains wonderful performances from Ireland and Reyes. But Moss’s directorial debut needs quite a bit more than stunning performances to leave a lasting impression.

Birth/Rebirth premiered at the 2023 Sundance Film Festival on January 19. The film is 98 minutes and not yet rated.