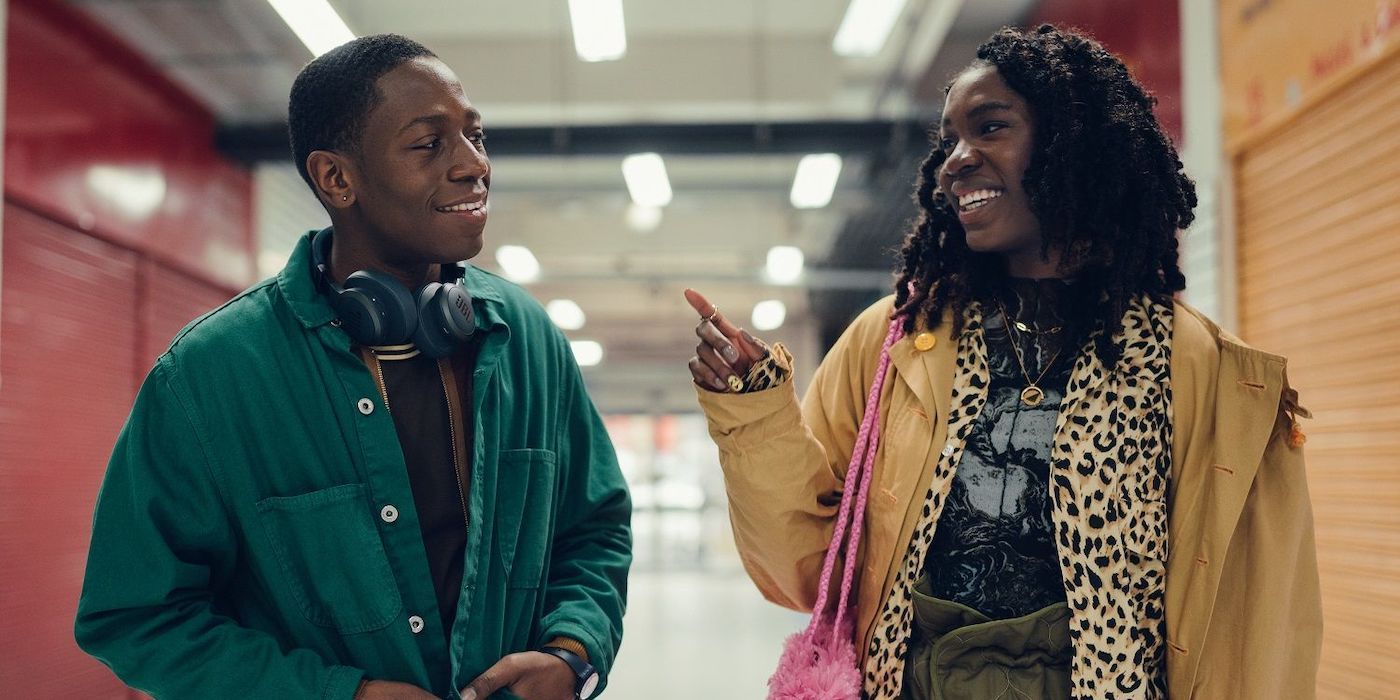 Within its levity and commentary on being open to love again, Rye Lane delivers a compelling experience full of heart, humor, and joy.

Director Raine Allen-Miller made her splash in Hollywood with her impressive debut short, Jerk, in 2018. The story followed a Jamaican man as he battled depression and disillusionment. For her feature length film, Rye Lane, Allen-Miller turns to lightheartedness and comedy to tackle relationship drama and self-confidence. The film stars David Jonsson and Vivian Oparah as they navigate a budding romance while dealing with heartbreak in South London. Their chemistry is electric, oozing playfulness and tenderness through their performances. Within its levity and commentary on being open to love again, Rye Lane delivers a compelling experience full of heart, humor, and joy.

David Jonsson stars as Dom, a down-and-out 20-something Londoner who can’t seem to get over his cheating ex. After an evening of ugly-crying in a bathroom stall, he crosses paths with Yas (Vivian Oparah), the free-spirited gal with an unpleasant past relationship of her own. Together, Dom and Yas decide to spend the day with one another in hopes of lessening the stings of their previous wounds. As they gear up for reunions with their exes, they begin to rely on each other for emotional support, realizing they may very well be what the other person needs.

It’s hard to imagine how a debut feature could be as simple in its themes yet deliver a final product as impressive and engaging as Rye Lane. But Allen-Miller does so with precision, creativity, and a lightheartedness that is so captivating. The early awkward encounter between Dom and Yas sets the stage for this boisterously funny script to take its audience on an enchanting journey of learning to love again. And in doing so, Allen-Miller uses creative absurdity to make fun of bad breakups and relationship drama, all while adding a warm tenderness in her direction that enables her leads to shine.

As the saying goes, breaking up is heard to do, but in Rye Lane getting over a breakup is more challenging. But thanks to Nathan Bryon and Tom Melia’s insightful script, sometimes revisiting what went wrong in bad relationships can be therapeutic — even more so when you have a complete stranger with whom to do it. Through the joyous mayhem of going down memory lane and tracking everything that went wrong to what could have been done, Allen-Miller’s debut boldly confronts the concept of settling in relationships through the dynamic of its two leads. And even as they reminisce on the good and bad of their previous relationships, they find a comforting serenity in being themselves with each other.

The best part about Allen-Miller’s debut feature is her ability to be forthcoming about toxicity in relationships with respect to her visual creations. These features generate lively interactions between Dom and Yas that are sure to capture the hearts of viewers. To that end, their performances propel Rye Lane into an endearing romantic comedy that is well worth the watch. If “meeting the right person at the wrong time” was a movie, this would be it. Jonsson and Oparah’s commitments to shaping a story centered on moving on and seeking new love are simply show-stopping. Their electric chemistry makes it easy to root for this unlikely couple from the minute they first meet.

Allen-Miller’s inventive feature debut suspends everything one may know about moving on too soon and getting over heartbreak. The creative world she conjures is vibrant and entertaining, leading to an experience that is humorous and immersive. With Bryon and Melia’s script, Rye Lane celebrates the concept of being open to love again after a hard breakup. And though its themes are simple and familiar, the film is refreshing as it finely incorporates heart and spirit at the core of restoring faith in romance. Simply put, Rye Lane is enticing, bold, and comforting.

Rye Lane premiered at the 2023 Sundance Film Festival on January 23. The film is 82 minutes long and rated R for language, some sexual content and nudity.