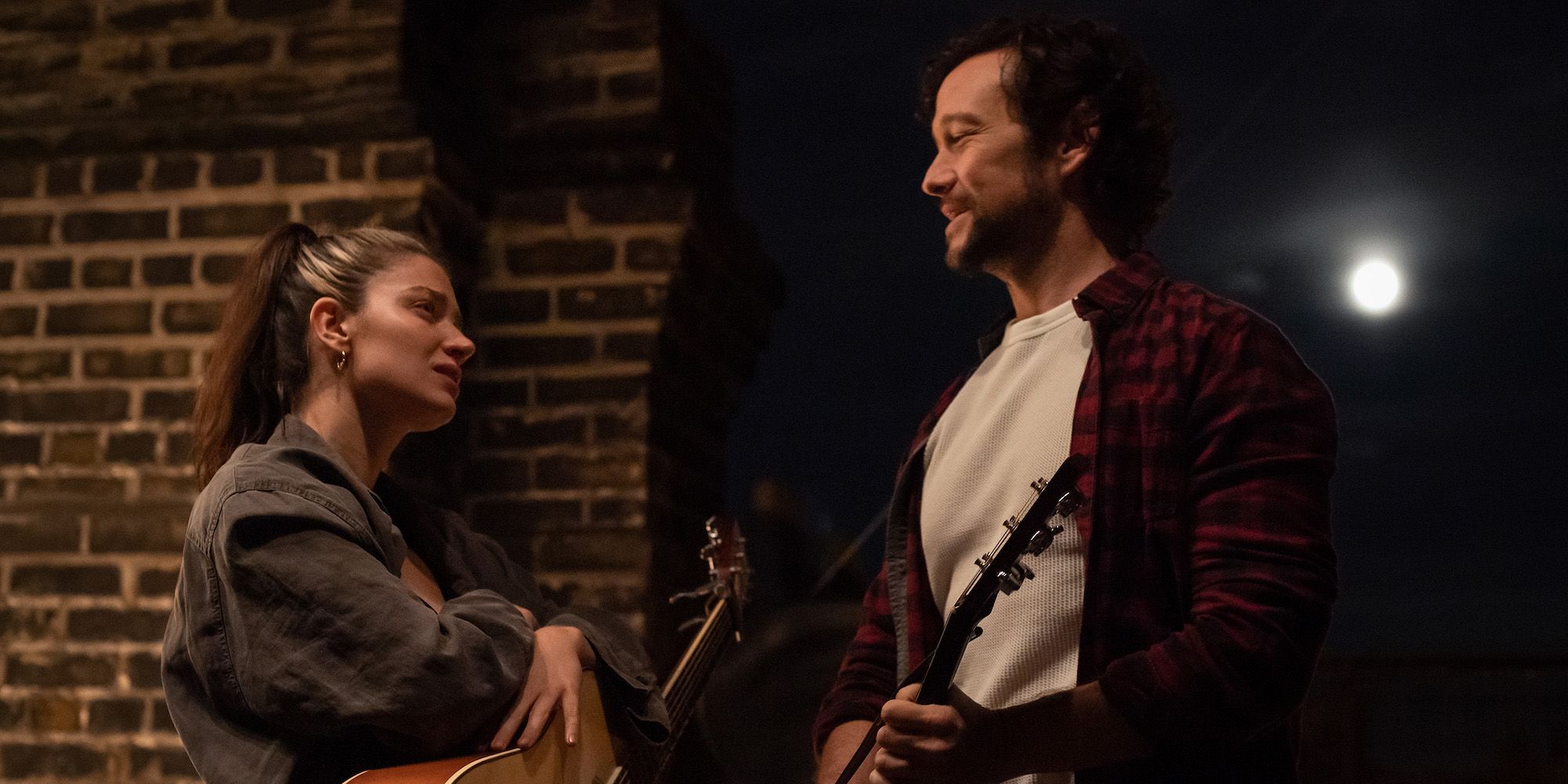 Flora and Son is a delightful crowd-pleaser. Its characters’ lives are well-developed and, though they have their fair set of issues, John Carney’s latest feature is light and heartwarming. Eve Hewson’s performance is top-notch, and the music is fun and lively. Carney knows how to create an enjoyable experience while also maintaining a sense of humor despite a few harrowing moments. Flora and Son is energetic, easygoing, and charming. With a great cast, lovely musical numbers, and a stupendous lead performance by Hewson, Carney doesn’t disappoint.

Flora (Eve Hewson) is always butting heads with her 14-year-old son, Max (Orén Kinlan), who is one offense away from being sent to a juvenile correctional facility. Flora was only 17 years old when she had Max and has been struggling to be a good mom while staying true to herself at the same time. Her ex-husband Ian (Jack Reynor) is only so helpful, and she shoulders the responsibility of raising Max while working different jobs. Deciding to do something for herself, Flora takes up guitar lessons with Jeff (Joseph Gordon-Levitt), a music teacher and songwriter who lives in Los Angeles. The pair help each other in more ways than one.

The characters are deeply flawed, but Flora, in particular, is trying her best. This makes it easy to root for her throughout the film. One can see her struggles, the depth of love she has for her son despite sometimes wanting to be free of him and the trouble he brings. These are all normal feelings and Flora and Son showcases how difficult it can be to be a mother, but it isn’t interested in treating Flora like a saint; she is a human with so many layers. She makes bad decisions, she’s angry a lot, and isn’t always the best mother, but that’s what also makes Flora so relatable and keeps her grounded. It’s refreshing to see her various personality traits and feelings on display, no matter how “unlikable” they might be to some.

Eve Hewson is wonderful as Flora. She’s spunky, sensitive, loving, tough, and doesn’t care what others think of her. She says what she feels, and Hewson digs into every part of Flora with gusto. Hewson’s performance is what makes the film all the more memorable, and she nails the levels of Flora’s emotions at every turn. Hewson’s chemistry with Joseph Gordon-Levitt is also quite lovely. There is a lot of sexual tension between them, even though they primarily interact through a computer screen. However, Carney cleverly brings Gordon-Levitt’s Jeff into each scene with Hewson, showcasing their conversations as though they’re having it in person. It’s a very intimate setting.

Flora and Son is easygoing and funny. The actors’ comedic timing is fantastic, and Carney has a way of framing scenes that seem like they’re going one way before showing a new side to them, adding to the film’s humor. Flora and Max’s relationship can only be described as dysfunctional, but there’s also plenty of affection between them. Flora shows her love in different ways, namely by supporting her son’s musical ambitions, which allows them to bond in their own unique way. The film isn’t concerned with tying up all of its loose ends. It’s just vibing, and that works for the story it’s telling.

Flora and Son will tug on the heartstrings; it will also make viewers laugh and clap along to the music. The process of writing music with others, of feeling the depth of a song’s lyrics makes for several meaningful moments throughout the film. Flora’s relationship with her son and her budding romance with Jeff are the beating heart of the film, but their respective relationship to the music they create is also incredibly special. All told, Carney’s latest is uplifting, genuinely enjoyable, and satisfying. Audiences won’t be able to resist how attached they become to the characters, and one can’t help but leave this viewing experience with anything but a beaming smile.

Flora and Son premiered at the 2023 Sundance Film Festival on January 22. The film is 94 minutes long and not yet rated.