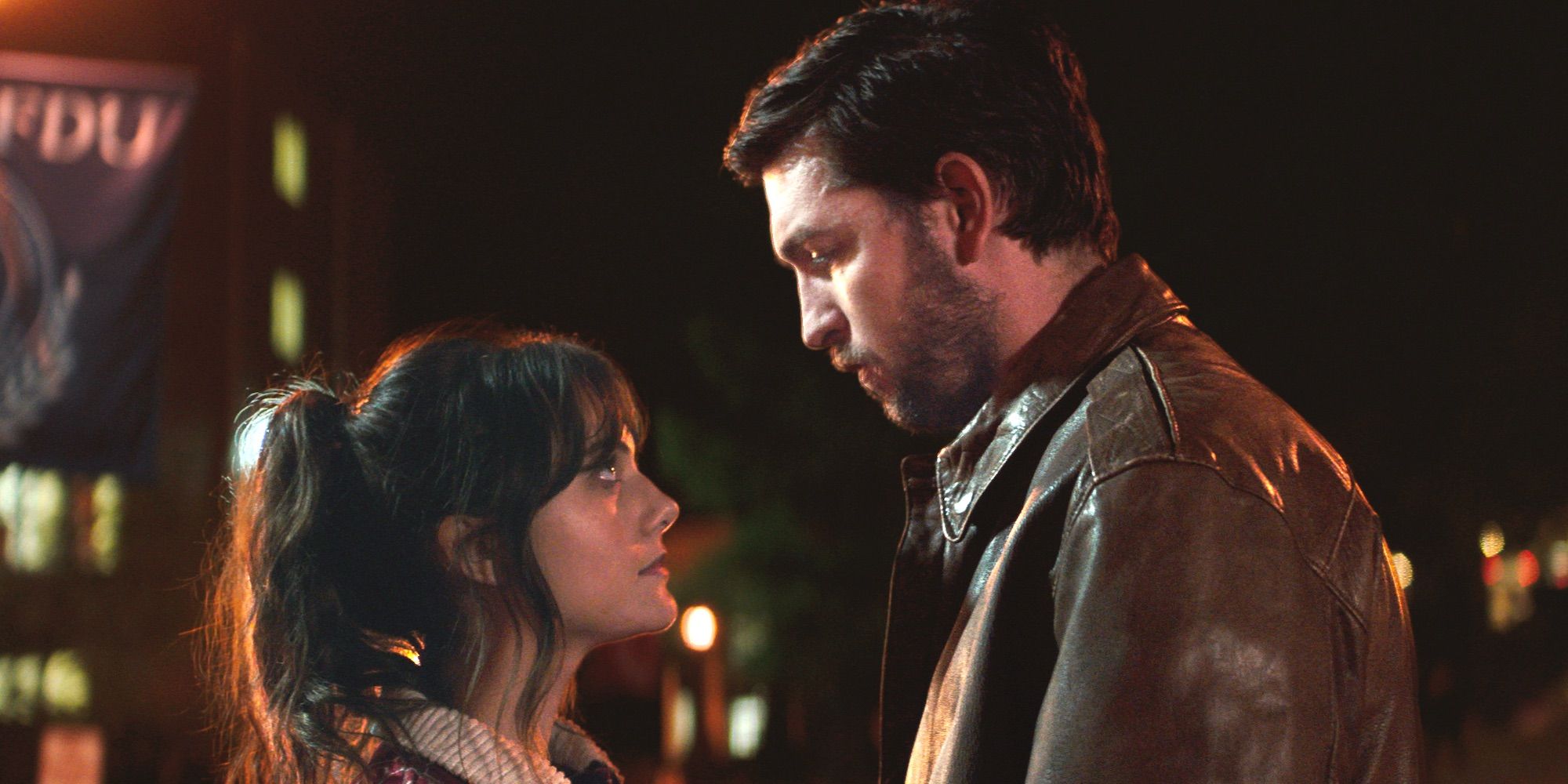 Cat Person is not as compelling as it perhaps aims to be and, though there are great moments in the film, it doesn’t justify its feature length.

Directed by Susanna Fogel from a screenplay by Michelle Ashford, Cat Person, based on the short story by Kristen Roupenian, has good intentions, but it doesn’t live up to its premise or its source material. CODA’s Emilia Jones stars in an underbaked drama/thriller that is messy in execution. Cat Person is not as compelling as it perhaps aims to be and, though there are great — and even uncomfortable — moments in the film, it doesn’t justify its tonal shifts or its feature length.

Margot (Jones) is a college sophomore who works at a local arthouse theater and spends a lot of time studying a queen bee and an ant colony in her professor’s lab. When Robert (Nicholas Braun), a theater patron, asks her for her number, Margot says yes. They begin texting each other a lot, building a rapport that only exists through their phones, to the dismay of Margot’s roommate Taylor (Geraldine Viswanathan). When they finally do go on their first date, Margot’s experience isn’t exactly what she expected, and Robert is not at all like the person he is through text.

Cat Person explores the gender dynamics of dating — the things men and women might say or do when they first start dating. There are a lot of things that go unsaid, or that Margot is unsure about because she doesn’t really know Robert all that well. She keeps imagining the worst-case scenario in every situation. Margot lies to keep up appearances, or to not make Robert feel bad. Her confidence gives him confidence, but it’s all misplaced somehow, and their communication is primarily based on assumptions and perceptions, their own insecurities, or pre-conditioned gender roles that suggest how one should act when dating. The deception of dating is also sprinkled throughout. Margot thinks Robert is “sort of” a nice guy, at least before he spirals and calls her a whore after she breaks things off (something she couldn’t bring herself to do).

Roupenian’s short story cleverly lays out all of these dynamics — be it in words, actions, or Margot’s thoughts — whereas the movie veers off into thriller/horror territory and takes creative liberties that don’t particularly suit the overarching narrative. The final act is unnecessary and doesn’t really add anything to the movie’s story. Sure, it adds intensity, but it undermines the point of the story’s premise by turning it into a stereotypical thriller that gets out of hand, its moral lost on the viewer. Cat Person is all over the place in terms of what it’s trying to say. And though it keeps a lot of the dialogue from the short story, it fails to realize its message in any meaningful way.

Things between Robert and Margot are meant to be more awkward than they are, but the script is uneven in its portrayal of their relationship. The execution is rather flat, and the tone of the film shifts constantly. In one moment, the audience is at the edge of their seats, but the tension winds down so quickly that it isn’t effective. It’s too caught between being a dramedy and a thriller with horror elements. That said, the film can be rather funny, especially in its awkwardness or the exchanges between Jones and Viswanathan, who is reliably great here as a feminist who runs a subreddit and is trying to weed out the liars.

At two hours long, though, Cat Person overstays its welcome, landing with a thud at the end. The final act, which includes a physical altercation between Margot and Robert, is drawn out unnecessarily and could have been cut altogether. The film wouldn’t have lost any of its momentum, and would have maintained a tighter, more fluid script. Jones is great in her role, and Braun is too, though he is miscast. There was a great movie in here somewhere, but Cat Person was pulled in too many directions to properly stick the landing.

Cat Person premiered at the 2023 Sundance Film Festival on January 21. The film is 120 minutes long and not yet rated.