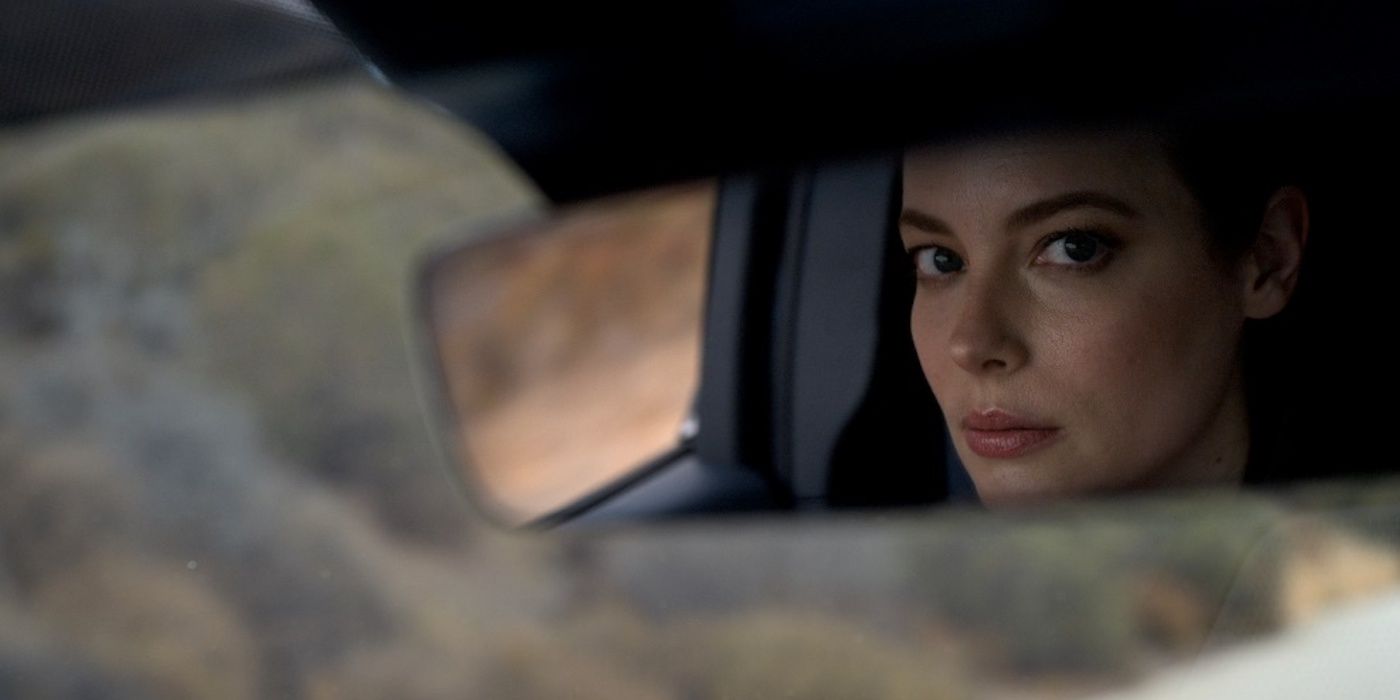 There is something worthwhile in there somewhere, something that has Jacobs truly exploring her wide range, but the result is too incoherent to bear.

Seven directors come together to tell one woman’s story, an experimental tale of a woman driving around Los Angeles. Each vignette was directed in secret, with each director unaware of what would come before or after their film segment. The Seven Faces of Jane is therefore an ambitious undertaking, but it isn’t worth taking on as an audience member.

Gillian Jacobs stars and directs in The Seven Faces of Jane. The story follows the titular Jane as she drops off her daughter at a sleep-away camp and then drives off into what is essentially a mini odyssey, where she experiences many obstacles and connections. Contributing to this creative endeavor, known as Exquisite Corpse, are directors Julian Acosta, Xan Cassavetes, Gia Coppola, Ryan Heffington, Boma Iluma, Ken Jeong, Alex Takacs, and of course, Jacobs herself, who directed the opening and closing segments of the film.

Each segment is made with the director’s voice being the essential element, facilitating situations where Jane is the subject that help get their message across. Some segments are more meaningful than others, but each one speaks to something the directors want the audience to engage with. Jacobs is game for all of it. While her performance is jarring at times, Jacobs’ commitment to the role is felt throughout. She is undoubtedly an actress that lends herself to many genres and types of storytelling, but she isn’t entirely utilized in the best way here.

The film operates with a few basic ground rules that are informed by the initial premise, but the directors have full discretion over where their segment goes. And while the experiment is fun and interesting, it is hardly worthy of public consumption. For a film that is somewhat helmed by legacy directors, one would think the quality of their movie would rank higher than the average student film. The disjointed narrative, the lack of structure, and a miscast (this sentiment manifests in two segments) make The Seven Faces of Jane a conceptual piece of work rather than a complete one. For film buffs who enjoy the challenge and the audaciousness of experimental work, this is enjoyable — or, at the very least, inspiring.

This is a project where the sum of the parts is greater than the whole. Some segments warrant their own short films, and perhaps their own features. The directors have talent; their skills are never put into question. But with little structure, that talent just falls flat. The themes are evident in writing and through Jacobs’ performance, but the inconsistency of the vignettes squashes any meaningful progression. The jarring nature of this project is most prevalent in the more socially conscious segments by Boma Iluma and Julian Acosta, which are great pitches for their own feature narratives. But their stories have less to do with Jane and her narrative and more with how she functions in someone else’s story. The film’s core is the tale of a woman’s existential crisis that gets lost in such segments. If there had been a thematic throughline that served as a grounding element for each vignette, the experiment would have been a success.

The story of a woman attempting to understand who she is outside of being someone’s mother is an interesting concept. Aside from the lack of structure, however, the film fails to really push the envelope Gia Coppola’s segment — that features two Janes — sets up. There is an expectation that audiences will get weirder and strange vignettes as the film goes on, yet Coppola’s segment brings that expectation to a screeching halt. There is something worthwhile in there somewhere, something that has Jacobs truly exploring her wide range and incredible chameleon-like talent as an actress, but the result is simply too incoherent to bear. Experiments are fun, but they are even better when something is learned from the failures and perfected in the next attempt. The Seven Faces Of Jane is an experiment that just does not deliver the right results.

The Seven Faces of Jane opens in limited theaters and on demand Friday, January 13. It is 93 minutes long and not rated.