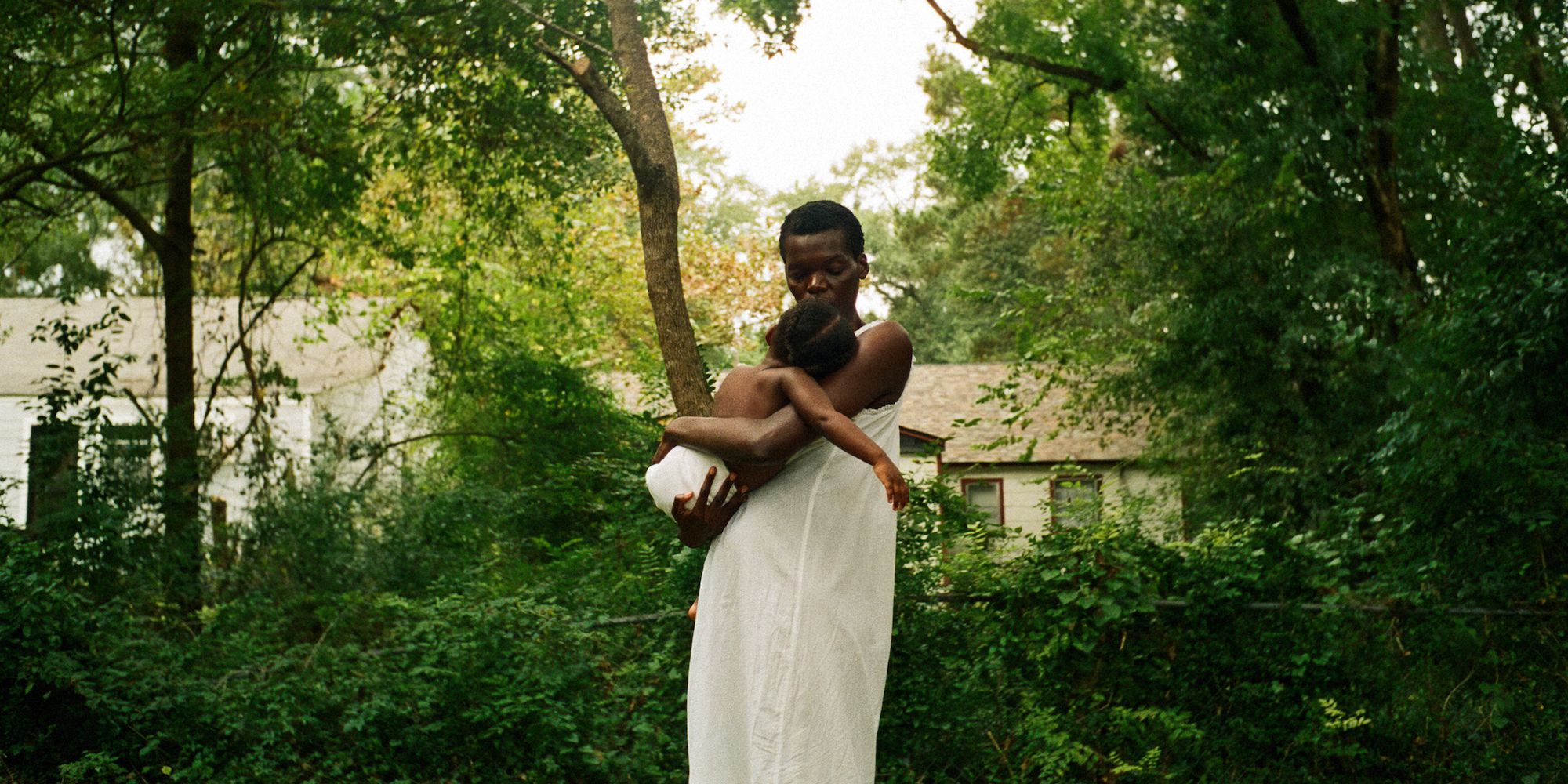 Sometimes, a film comes along that is transformative, visceral, and so moving that it will make one gasp with the depth of emotion and sensitivity it holds. Raven Jackson’s feature debut, All Dirt Roads Taste of Salt, is a gorgeous, evocative experience that requires one’s full attention. Told over the course of many decades and spanning generations, All Dirt Roads Taste of Salt’s non-linear approach requires patience and its character development is a bit thin, but the film is stunning, thought-provoking, and poignant, with each frame lovingly executed.

The story follows Mack (Charleen McClure) from childhood to adulthood as she experiences loss, love, heartbreak, and everything in between. The film is set in rural Mississippi beginning in the 1970s and moving back and forth in time to showcase Mack’s journey. From her bond with her sister to her romance with one of her childhood friends and lessons from her mother (The Woman King’s Sheila Atim), All Dirt Roads Taste of Salt is all about activating the senses and showcasing feelings through touch and nature.

The film jumps from one moment in time to the next, but Jackson trusts the audience to feel out the film and understand what’s happening. These are glimpses into Mack’s life — all the important moments that have shaped her life edited together to create a portrait. The film is deeply meaningful, all tender caresses and hands moving, touching, feeling and yearning to be held, to be embraced, to be loved. Scenes linger. Jackson is not in a hurry to move on to the next moment.

Rather, she is willing the audience to envelop themselves in the film using all of their senses, to feel the earth, the emotions, the setting and power of the meaning behind them as it relates to the overarching story. To that end, the film is transcendent and beautiful, if arduous at times. The film does require patience because the pacing is slow, yet steady. Luckily, All Dirt Roads Taste of Salt doesn’t overstay its welcome, leaving an imprint on viewers by daring to be bold in its storytelling. Newcomer Charleen McClure’s performance is outstanding, and it truly uplifts the film as the actress explores the nuances of her character.

Jackson’s vision is a confident one. She assuredly moves through each moment, utilizing close-ups — on faces, hands, dirt, trees, and so on — to bring the film’s story to life. In one scene, Mack and her childhood crush and teenage boyfriend, Wood (Reginald Helms Jr.), embrace. It’s clear they haven’t seen each other in a while. Now adults, their lives have taken different paths. Their long, tear-filled hug showcases the regrets they have about what could have been, as well as their love for each other. This particular moment is moving, gentle, and emotional, evoking a sense of loss that can overwhelm.

All Dirt Roads Taste of Salt asks the audience to reflect on life in the rural South for Mack and her family, how it shapes and affects them, and, crucially, how the land is as much a part of them as they are of it. The film is an exquisite triumph of visual and auditory storytelling. The sounds of crickets echo, leaves rustle, and water, flowing and falling, is a character unto its own. The way the story is filmed is almost lyrical, with Jackson taking great care with every single moment; everything is purposeful, rhythmic in its ebbs and flows. Visually, the film is stunning, and cinematographer Jomo Fray makes the most of the lush scenery.

If anything, the film’s non-linear approach isn’t always its strongest feature. It’s sometimes hard to gauge where Mack is in her life because the story cuts back and forth to the past so often. It’s unclear whether certain parts of Mack’s story are current or if they happened in her recent past. It’s the one thing that holds the film back. Because of this approach to its storytelling, much of the character development is lost as well. The film is more of a screenshot of specific, impactful moments, and it takes a bit to tie everything together. However, these things can be overlooked because Jackson’s audacious debut is otherwise a sumptuous, quiet and meditative watch. Jackson is certainly a filmmaker to keep an eye on.

All Dirt Roads Taste of Salt premiered at the 2023 Sundance Film Festival January 22. The film is 92 minutes long and not yet rated.