Maddening & Promising All At Once 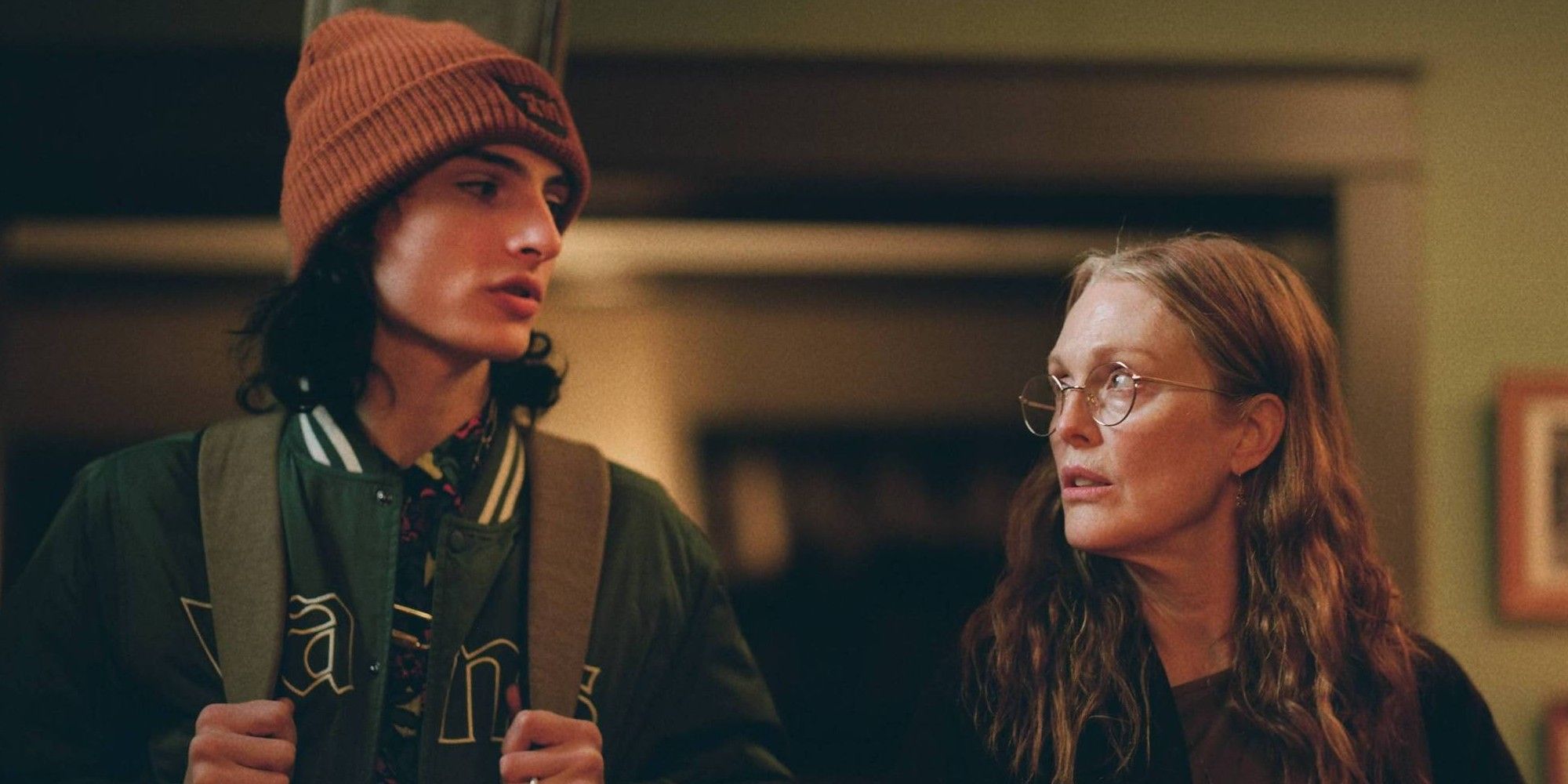 When You Finish Saving the World is filled with interesting ideas and scenes, yet is hindered by character development that feels incomplete.

Written and directed by Jesse Eisenberg in his feature directorial debut, When You Finish Saving the World is a conflicting feature. The movie first debuted at the Sundance Film Festival a year ago, and now is set to be released in theaters by A24. It revolves around two maddening, messy characters and explores the complex dynamic between them. It has moments of piercing emotion, yet also holds its fair share of stumbles, including some stilted dialogue. Ultimately, it feels like a journey only partially taken; some pieces are missing. When You Finish Saving the World is filled with interesting ideas and scenes, yet is hindered by character development that feels incomplete.

Perpetually fussy Evelyn (Julianne Moore) runs a shelter for individuals and families running from dangerous situations. While she has a solid grasp on her work life, her relationship with her teenage son, Ziggy (Finn Wolfhard), is fraying with each terse interaction. Ziggy is a self-centered aspiring musician who spends more time planning his livestreams than interacting with the world around him. Despite their vastly different worldviews, Evelyn and Ziggy soon prove to be more alike than either could anticipate as they pursue the attentions of other people. For Evelyn, it’s a teenage boy, Kyle (Billy Bryk), living at the shelter with his mother, while Ziggy attempts to become more political in order to impress his intelligent classmate and crush, Lila (Alisha Boe).

To say that Evelyn and Ziggy’s efforts to impress Kyle and Lila, respectively, aren’t the smoothest wouldn’t be much of a spoiler. Eisenberg doesn’t shy away from the uncomfortableness of their cringe-inducing attempts, instead using them to hammer home what kind of person each character is. Evelyn is clearly looking for a surrogate son in Kyle, pinning all of her hopes for Ziggy on the kindhearted teen. The way she hovers and prods speaks to what she wishes she could do for Ziggy if only he tolerated her. Moore handles Evelyn’s socially awkward mannerisms with a sympathetic grace, even as she gets increasingly harder to root for. Her arc is easier to track, and the poignant ending to it makes sense.

Less clear is Ziggy’s journey. Wolfhard nails the singer’s oblivious and narcissistic personality, but it will be hard for viewers not to roll their eyes at the words that come out of his mouth. Eisenberg establishes him this way intentionally, setting the stage for an arc where Ziggy looks outside of himself. Unfortunately, though, the script itself appears to be missing a few steps. It never truly feels like Ziggy undergoes any meaningful change, though the movie wants to give the impression he has. If anything, he is on the precipice of something, but When You Finish Saving the World doesn’t linger long enough to explore what that is. It leaves viewers with an incomplete sensation and shortchanges Ziggy’s character. Considering how Ziggy is the most frustrating figure within When You Finish Saving the World, this is especially disappointing.

The movie does feature some glimmers of true promise and emotion. A scene featuring Evelyn, Ziggy, and the third member of their family, husband and father Roger (Jay O. Sanders), brilliantly highlights the mutual shortcomings Evelyn and Ziggy possess. Additionally, Eisenberg stages two climactic confrontations in such a way that intersects When You Finish Saving the World‘s dueling storylines in an organic and satisfying way. From there, though, the film hurtles toward its endpoint and doesn’t sit in the lessons its central characters have learned. The audience is held at arm’s length. Eisenberg, working with editor Sara Shaw, caps off When You Finish Saving the World with a sequence that brings the mother-son dynamic to its conclusion. While this part is structured in a way meant to tug at the heartstrings, some of the impact is lost due to the jumps taken in Ziggy’s arc.

What the audience is left with is a movie that reaches for emotional resonance, but ends up feeling hollow. Eisenberg does a great job with the set-up, and even the ending, in a way. Moore and Wolfhard’s performances lend depth to their characters and are the best parts of When You Finish Saving the World. The film is the strongest when Eisenberg plucks on the threads that bind the two together; it just doesn’t do so enough. When You Finish Saving the World has parts missing, and as a result, falls short of the greatness it could’ve achieved.

When You Finish Saving the World releases in theaters Friday, January 20. It is 88 minutes long and rated R for language.