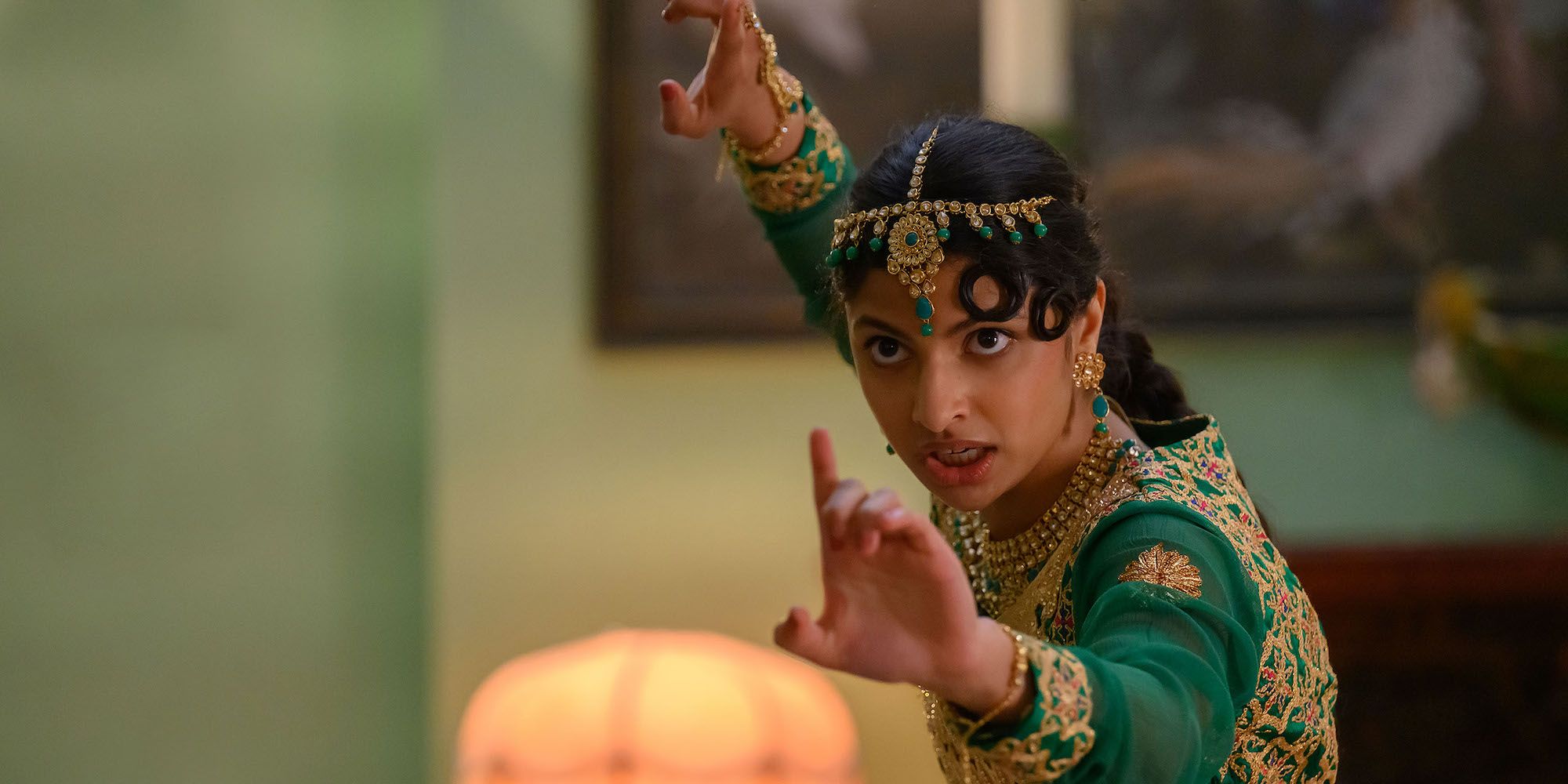 Bolstered by a fantastic performance by Priya Kansara, the film is an entertaining ride, one that is filled with love of sisterhood & energetic chaos.

Nida Manzoor’s We Are Lady Parts was exceptional, refreshing television. Manhood was able to balance humor, emotion, and fun alongside well-developed characters and relationships. It’s no surprise that she’s able to bring these aspects to Polite Society. Ten years in the making, Manzoor’s Polite Society brings action, comedy, and heart to the forefront in a strong directorial feature debut. Bolstered by a fantastic lead performance by Priya Kansara, the film is an entertaining ride, one that is filled with love of sisterhood and energetic chaos.

Ria Khan (Kansara) is a Pakistani British teenager who wants nothing more than to be a stuntwoman. She takes martial arts classes and writes to famed stuntwoman Eunice Huthart about her aspirations. Ria is so passionate about her goals that she even has her own YouTube channel to show off her skills. She often seeks help from her older sister Lena (The Umbrella Academy’s Ritu Arya), an art school dropout who’s down on her luck. When Lena meets and quickly becomes engaged to Salim Shah (Akshay Khanna), a momma’s boy and doctor who comes from a wealthy family, Ria does everything possible to stop Lena from getting married to him. Suspecting something fishy, Ria recruits her best friends Clara (Seraphina Beh) and Alba (Ella Bruccoleri) to help her with her mission.

Related: To Live And Die And Live Review: Basir’s Feature Is Intoxicating [Sundance]

Manzoor has crafted a sensational film that will hopefully go on to be adored by the masses. The film is exceptional at building its characters and their relationships — Ria and Lena’s sisterly bond is especially a standout. It helps that Kansara and Arya have fabulous onscreen chemistry and share a special connection that makes their relationship instantly believable. The film wouldn’t be what it is without them and their bond is at the heart of Polite Society’s story.

The film has such frenetic energy, and there is never a dull moment. Manzoor’s writing is sharp and witty, smart and exciting. The writer-director marries traditional views of marriage with modern sensibilities, going so far as to flip certain things — like a soirée, a pampering session, or a wedding — and turns them into something menacing. Here, everything is suspicious (and for good reason), no matter what someone’s reputation might imply otherwise. Polite Society also includes plenty of commentary about women’s bodies and the attempt to control them without consent. The film goes all out in showcasing how one woman’s freedom is in no way true liberation if it comes at another’s expense. The film teaches that it’s okay to break from societal norms and behaviors.

What’s more, it expertly (and hilariously) turns one of the characters, Raheela (Nimra Bucha), a Pakistani woman who is simply looking for a bride for her beloved son, into an antagonist for Ria. Bucha, for her part, is having a grand time in her role and has perfected her villainous laugh. The highlight is, of course, Kansara, who is simply wonderful as Priya. The actress brings a sense of determination and confidence to her character, seamlessly mingling these traits with Priya’s awkward and headstrong nature. Priya loves fiercely, and it shows in everything she does, even if it sometimes seems overbearing. Kansara brings the emotion, giving Manzoor’s debut the emotional weight and warmth needed.

Polite Society’s story twists and turns are unexpected and thrilling, especially considering how straightforward the plot seems to be at first. Manzoor brings together a mixture of genres — from martial arts to comedy, the film has it all, including a Bollywood dance sequence that helps build the tension. The action scenes themselves are well-choreographed and engaging. Some of them go on for a bit longer than necessary, but they’re still delightful to watch, especially in the film’s big finale.

With so much action and comedy — the cast’s comedic timing and occasional exaggerations are incredibly well done — Polite Society has a lot of heart, style, and personality. Audiences will definitely have plenty of fun watching it, and perhaps walk away feeling warm fuzzies immediately afterward.

Polite Society premiered at the 2023 Sundance Film Festival on January 20. The film is 103 minutes long and not yet rated. It will be released nationwide on April 28.