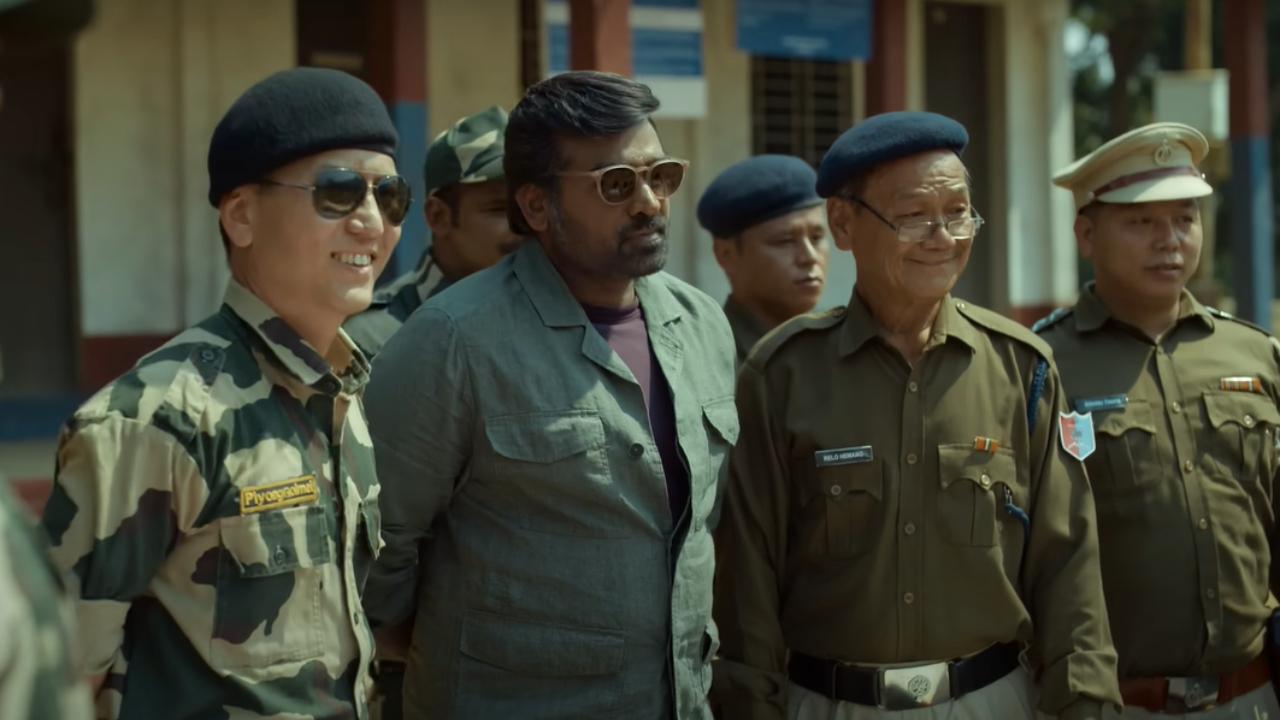 Actor Vijay Sethupathi turns year older today. The actor who is a big name in the Tamil film industry has made a name for himself across the country with his work and will soon be seen in multiple Hindi-language projects including Raj & DK`s Hindi web series, `Farzi`. The actor who plays a tough cop in the series will be seen at loggerheads with Shahid Kapoor`s con artist character.

On his birthday, Prime Video dropped an intriguing video of Vijay`s character from the series. The actor is shown as supercop Michael in the video who does his job in style. The video gives us  a glimpse of  a no-nonsensne cop who would go to any extent to eradicate he counterfieting network from the country and will go to any extent for the same.

Spanning eight episodes, Farzi is a fast-paced, edgy, one-of-a-kind crime thriller, with the director duo`s trademark humour, stiched around a clever underdog street artist`s pursuit to con the system that favours the rich. What ensues is a thrilling cat-and-mouse race between him and the law enforcement where losing is not an option.

`Farzi`, which marks Vijay Sethupathi`s foray into the streaming space, has been created and helmed by Raj & DK of `The Family Man` fame. But Sethupathi refuses to call it a debut in streaming space. “I don`t know how to say it`s a debut because I don`t see it as a debut. In 2010, I debuted as a hero. It`s been 12 years. I did about 55 films. It`s like I am going back as a kid again, so I don`t think it`s a debut,” Sethupathi said at the trailer launch.

“For me, a short film or a feature film, every scene is a film. We are putting the same kind of effort for each and every shot to impress the audience,” he added.