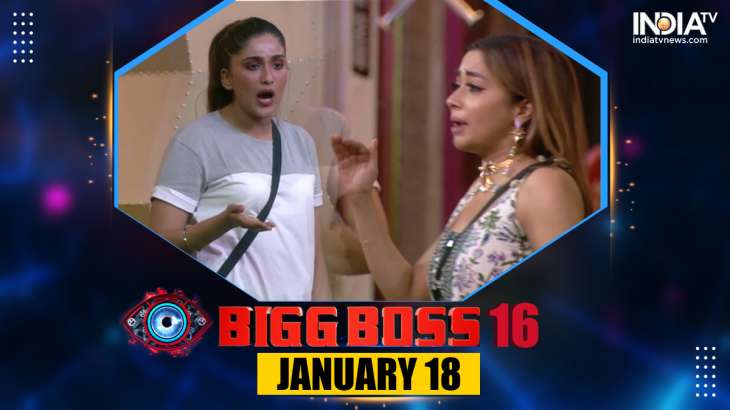 Bigg Boss 16 Jan 18 LIVE: In today’s episode, Shalin points out Tina’s character claiming that after she is done sticking with one guy she skips to another one in no time, this makes Tina so furious that she accuses Shalin of not even keeping his wife’s dignity and now pointing out her character. She calls him a ‘gande aadmi’ and the fight even goes bitter when she loses her calm and almost comes to slap Shalin. On the other hand, the house is under full chaos as Nimrit’s captaincy is at stake. Bigg Boss asks the contestants to take a name for the next captaincy task and to give reasons why Nimrit should not be the captain of the house. The reasons stated by the housemates fumes Nimrit which leads to arguments.