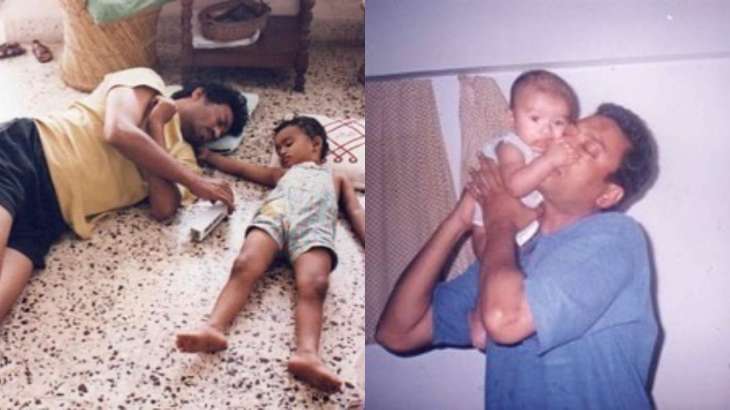 On the 56th birth anniversary of late actor Irrfan Khan on Saturday, his son and actor Babil Khan penned an emotional note remembering his ‘baba’. Taking to Instagram, Babil shared a string of throwback pictures featuring him as a baby and his father from his younger days. The images from the past are priceless as they show the Khan family spending some quality time together. The photos shared by Babil on social media got fans emotional and many remembered the late actor with tributes in the comments section.

Irrfan Khan passed away in 2020. Babil always shares unseen moments of his father on his Instagram handle. On the occasion of Irrfan’s 56th birth anniversary, Babil shared some emotional words remembering his father. He also posted some photos from the past.”Questions keep me up at night. Those that I never asked then, those that I can never ask now. My inquiries are left for me to quench on my own, that’s okay, I will figure it out. I miss your laughter though, I don’t think there is an answer for that. Remembering a day when you arrived here (sic),” Babil captioned the post.

One of India’s finest actors, Irrfan made his debut in 1988 with the Oscar-nominated film Salaam Bombay. In a career spanning over 30 years, the Padma Shri awardee actor worked in some of the finest Hindi cinemas, as well as in Hollywood films. His son, Babil, made his acting debut with Qala, which is streaming on Netflix. Set in the 1930s, Qala is about the tumultuous relationship between an aspiring singer and her domineering mother. The film also stars Tripti Dimri and Swastika Mukherjee.

Now, Babil has two projects lined up. One is YRF’s web series, titled The Railway Men, which is based on the Bhopal Gas Tragedy of 1984 and the unsung heroes who saved lives during the accident.

He is also working with his late father’s collaborator, director Shoojit Sircar, for a film. Details of this project have not been revealed.