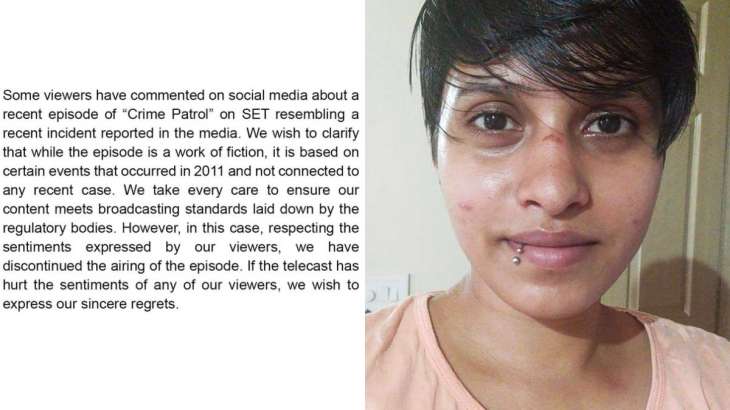 Crime Patrol is one of the longest-running and most popular TV shows on Sony TV. However, the makers and channel came under fire recently after a case in the show seemingly recreated the Shraddha Walkar murder case. The similarities between the gruesome Delhi murder of Shraddha Walkar by her live-in partner Aftab Poonawalla shocked many. However, when a similar murder case was seemingly recreated in one of the episodes of Crime Patrol, fans expressed their disappointment on social media and called for its boycott. Later, Sony TV officials issued a clarification and also confirmed taking down the particular episode.

Crime Patrol is known for getting inspired by real-life cases. It presents a dramatised version of real-life crimes. However, when a recent episode aired which had similarities with Shraddha Walkar murder case, it did not go down well with the viewers. Many pointed out that by changing the identity of the victim and the murderer, the makers ‘white-washed’ the real murder case.

After viewers called to boycott Sony TV on social media over a Crime patrol episode featuring Shraddha Walkar like murder and dismemberment of the victim’s body by the murderer, the channel confirmed taking down the episode. “Some viewers have commented on social media about a recent episode of Crime Patrol that resembles a recent incident reported in the media. We wish to clarify that the episode is a work of fiction and is based on certain events that occurred in 2011. It is not connected to any recent case in any way. We take every care to ensure our content meets broadcasting standards laid down by the regulatory bodies. However, in this case, respecting the sentiments expressed by our viewers, we have discontinued the airing of the episode. If the telecast has hurt the sentiments of any of our viewers, we wish to express our sincere regrets,” read the statement from the channel.