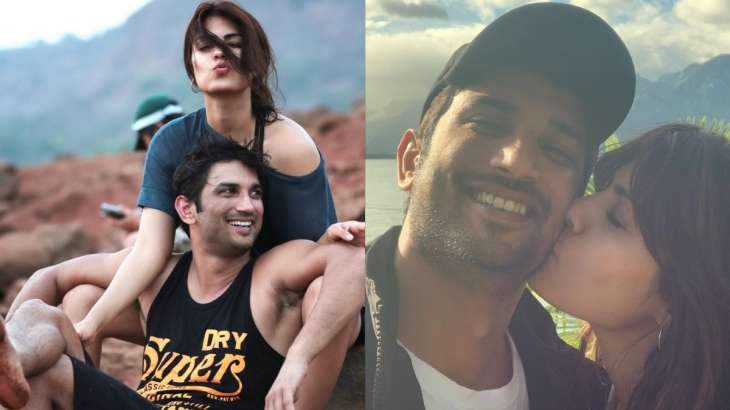 Sushant Singh Rajput Birth Anniversary: Actress Rhea Chakraborty shares some unseen photos with the late actor on his 37th birth anniversary. The sudden death of Sushant Singh Rajput shoot the entire nation and on his birth anniversary, the ladylove of the late actor shared a heartfelt post remembering him. The actor was found dead at his Bandra home in Mumbai on June 14, 2020.

Taking to her Instagram handle Rhea Shared two candid pictures with Sushant and wrote, “(infinity sign) +1. ” The first picture showed the two of them posing candidly behind two cups.” The second was a happy selfie of them together.

As soon as the actress posted the pictures, fans of Sushant Singh Rajput started slamming Rhea. Though the pictures spoke a lot about their relationship and the bond they shared together, it made netizens furious for being fake and blaming her for Sushant’s death. One of the users slammed her and commented on her post, ” Koi faida nahi…ese post karne se janta maaf nahi kardegi tujhe.. k”. Another said, “WTF @rhea_chakraborty you stoned him to death ..may god give you strength & wisdom to accept your sins ..”

The actress was accused of abetment of suicide by Sushant’s family and was lodged in jail for 28 days before getting bail. Sushant was found dead a few days after Rhea moved out of their Bandra house where they were living in together. She and her younger brother Showik Chakraborty were arrested by the Narcotics Control Bureau as his death led to an investigation into a drug nexus in Bollywood. She was released on bail after 28 days and claimed innocence. The late actor’s family too alleged of she being the murderer of their son and filed an FIR against her.