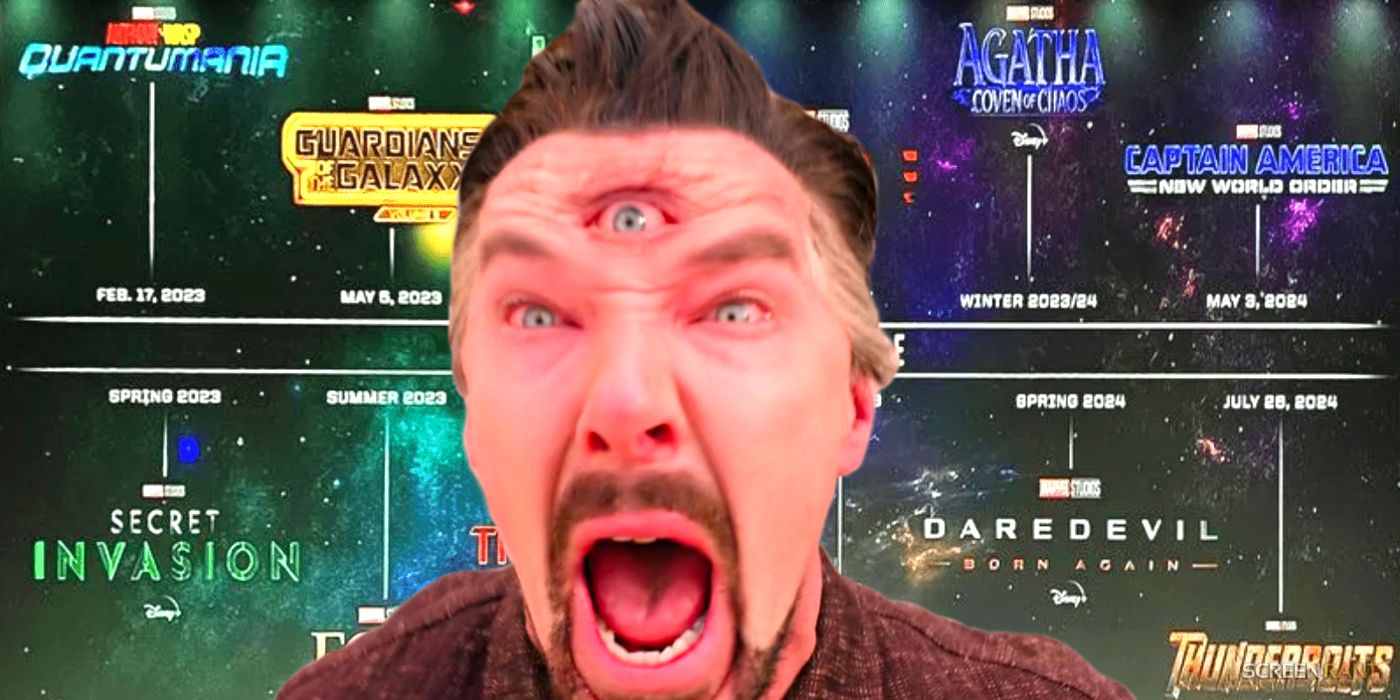 The MCU Phase 5 is missing some major characters, but no absence is weirder in the Multiverse Saga’s future than that of Doctor Strange.

MCU Phase 5 is missing several key Avengers heroes, but none are more conspicuous by their absence than Doctor Strange (Benedict Cumberbatch). As the MCU has grown, it’s inevitably meant longer gaps between appearances for many of the heroes, and gone are the days when someone like Iron Man could have three solo movies and an Avengers film within five years. Arguably no one better exemplifies that than Doctor Strange: the gap between his first two solo movies was longer than the time it took for the full Iron Man trilogy.

It seems as though something similar could be on the cards following 2022’s Doctor Strange in the Multiverse of Madness, which set up a future for Stephen Strange that – as it stands – doesn’t currently exist. The importance of the character – not to mention Multiverse of Madness‘ box office ($955 million) – means a return is almost certain, but the risk is in Marvel wasting the character at the time it seemingly needs him the most. Although scheduling makes it understandable, Doctor Strange is the weirdest of Phase 5’s missing characters based on everything that’s happening in the MCU.

Related: Why Doctor Strange Gets A Third Eye At The End Of Multiverse Of Madness

With Marvel announcing Phases 4-6 will be the Multiverse Saga, concluding in Avengers: Secret Wars, then Doctor Strange should be key to that. The positioning of Doctor Strange in the Multiverse of Madness – given a central spot in Phase 4, and the Spring release Marvel reserves for its biggest movies – suggested it would be crucial to the MCU’s future, and the guarantee of further exploration of the multiverse should cement that. Not only does it literally have “multiverse” in its title, but the concept dominates its story, and sets up Doctor Strange’s future exploring it with Clea (Charlize Theron) due to the resulting incursions.

The movie turned Doctor Strange into the key hero through which to explore the multiverse. This makes sense, given it was he who saw the multiple futures in Avengers: Infinity War that allowed them to win in Avengers: Endgame. Strange’s knowledge and abilities make him ideal for building these grander, weirder concepts that span across time and universes, and Multiverse of Madness continued that. But despite new discoveries and powers (like Doctor Strange’s third eye), he’s nowhere to be seen in Phase 5’s line-up (and no cameos are expected). Strange should be the central figure of the Multiverse Saga, akin to Iron Man (Robert Downey Jr.) in the Infinity Saga, yet he’s completely MIA.

Based on the MCU Phase 5’s slate, there doesn’t appear to be a return on the cards for Doctor Strange in any of those movies or shows. Similarly, even when Phase 6 begins, it’s unlikely he’ll return until Avengers: The Kang Dynasty at the earliest, and even that may be more set up for his bigger role in Avengers: Secret Wars (where the incursions are perhaps more likely to payoff). Doctor Strange’s return will be huge, not only as one of the MCU’s most powerful characters but also because he’ll have been exploring the multiverse for years by then, but him not coming back until 2025 is too late.

Doctor Strange’s return in the Avengers movies – likely with some key knowledge or ability to help save the day – risks feeling like it’s missing a lot of story. What happens to him as he goes around the multiverse, how he learns about the threats and how to stop them, should be seen. In a relatively smaller MCU, it’s possible Doctor Strange 3‘s release date would be before The Kang Dynasty and Secret Wars, or at least between them (similar to Captain Marvel or Ant-Man and the Wasp). Doctor Strange‘s eventual return should be great, but it’s a missed opportunity to better develop both the multiverse as a concept and the multiversal stakes that will be dealt with.

Next: Doctor Strange 3 Can Fix The MCU’s Big Future Problem