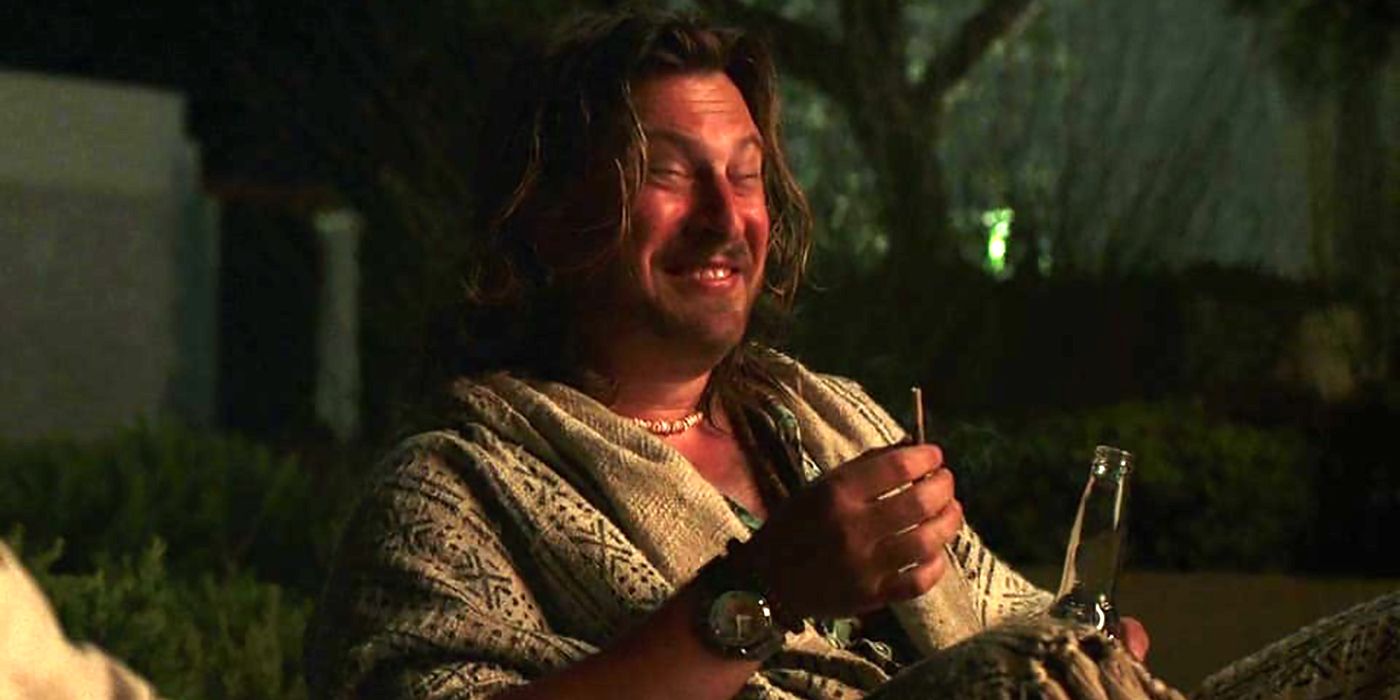 Glass Onion: A Knives Out Mystery’s Derol actor, Noah Segan, addresses his potential Knives Out 3 return, sharing what he knows about the next film.

Noah Segan, who appeared as Derol in Glass Onion: A Knives Out Mystery, is addressing his potential return in the next installment. A frequent collaborator of writer/director Rian Johnson’s, fans of the franchise recall his role as Trooper Wagner, the police officer and admirer of Harlan Thrombey, in 2019’s Knives Out. In the sequel, he portrays Derol, who Miles Bron (Edward Norton) allows to stay on his property in Greece, but is not a part of the friend group or planned murder mystery game. Much like his character in the first film, Segan quickly became a favorite among audiences, casually interrupting scenes with hilarious remarks, leading fans to wonder if the actor will reappear in Knives Out 3.

While Derol’s role in Glass Onion: A Knives Out Mystery did not have much of an impact on its story, the character provided humor every time he was on-screen, particularly when Helen (Janelle Monáe) stumbled across his room in search of Andi’s envelope. In speaking with /Film, Segan discussed the possibility of returning in the next sequel, sharing that he hopes to be involved in some capacity. The actor noted that he does not have expectations and that it can be hard to predict what Johnson will come up with. Read Segan’s comments regarding appearing in Knives Out 3 below:

Well, I can neither confirm nor deny anything. Because here’s the thing: like I said, I generally know as much as anybody knows until I get to read a script, which is pretty far along in the process. Part of the joy of being a part of this family is that I can just sit back and offer myself and just say, ‘Hey, listen, however I can be a part of this and however I can be helpful and hang out with my friends and try to make something that is entertaining for people, that’s all I want to do.’ Hopefully, I can do that with them on the next one. But I don’t really have any set expectations. It’d be a little awkward if he decided to finally drop me at this juncture. It would definitely be a little bit weird, but I think, by and large, whatever I can do, that’s what I’m game for. Rian’s writing process is very frustrating for those of us who also try to write, because Rian will do all of the work internally, and he’ll kind of chew on things. He’ll sit and work everything out. The computer, he’s got a real super computer in that noggin, and he’ll sit in there and do all the work and noodle in little notebooks. Then one day, he’ll show up and say, ‘I think I’ve got it,’ and then a few weeks later, there’s a script. Again, if you’ve ever tried to write anything, you’re like, ‘How can you do it, man?’ You know what I mean? That process is mercurial, and we’ll see what he whips out for the third one.

Why Segan Will Likely Return For Knives Out 3

Segan has appeared in all of Johnson’s feature films, making his return for Knives Out 3 seem highly probable. Joseph Gordon-Levitt has also been in Knives Out and its sequel, through voice cameos, so audiences familiar with the writer/director’s work can come to expect both actors in future projects, in any size roles. Prior to the murder mystery franchise, Segan appeared in Johnson’s feature directorial debut, 2005’s Brick, playing the boyfriend of Emile de Ravin’s Emily Kostich. Since then, he has had parts in The Brothers Bloom, Looper, and Star Wars: The Last Jedi.

Everything We Know About Knives Out 3

Not much is known about the third Knives Out installment, other than that Daniel Craig will reprise his role as detective Benoit Blanc, likely tasked with solving another case, and that it will be distributed by Netflix. If Knives Out 3 is Johnson’s next movie, audiences can look forward to more information as it comes out. Fans have already begun making predictions surrounding the film’s potential cast and location, and many are hoping to see Hugh Grant return as Blanc’s partner, Phillip, and share more screen time with Craig.

The Knives Out franchise has proven to be a success, both critically and at the box office, with the first movie grossing over $300 million. Glass Onion debuted on Netflix, where it has performed well, following a limited theatrical release that did big things for the streaming service. It should be interesting to see what type of strategy is implemented for Knives Out 3, after this latest sequel had the best opening for a Netflix film in theaters and both Johnson and fans are wanting a longer window. It will be exciting for those who enjoy spotting Segan and liked his role as Derol in Glass Onion: A Knives Out Mystery to catch his potential return as well.

Next: Every Glass Onion Character Ranked From Worst To BestSource: /Film