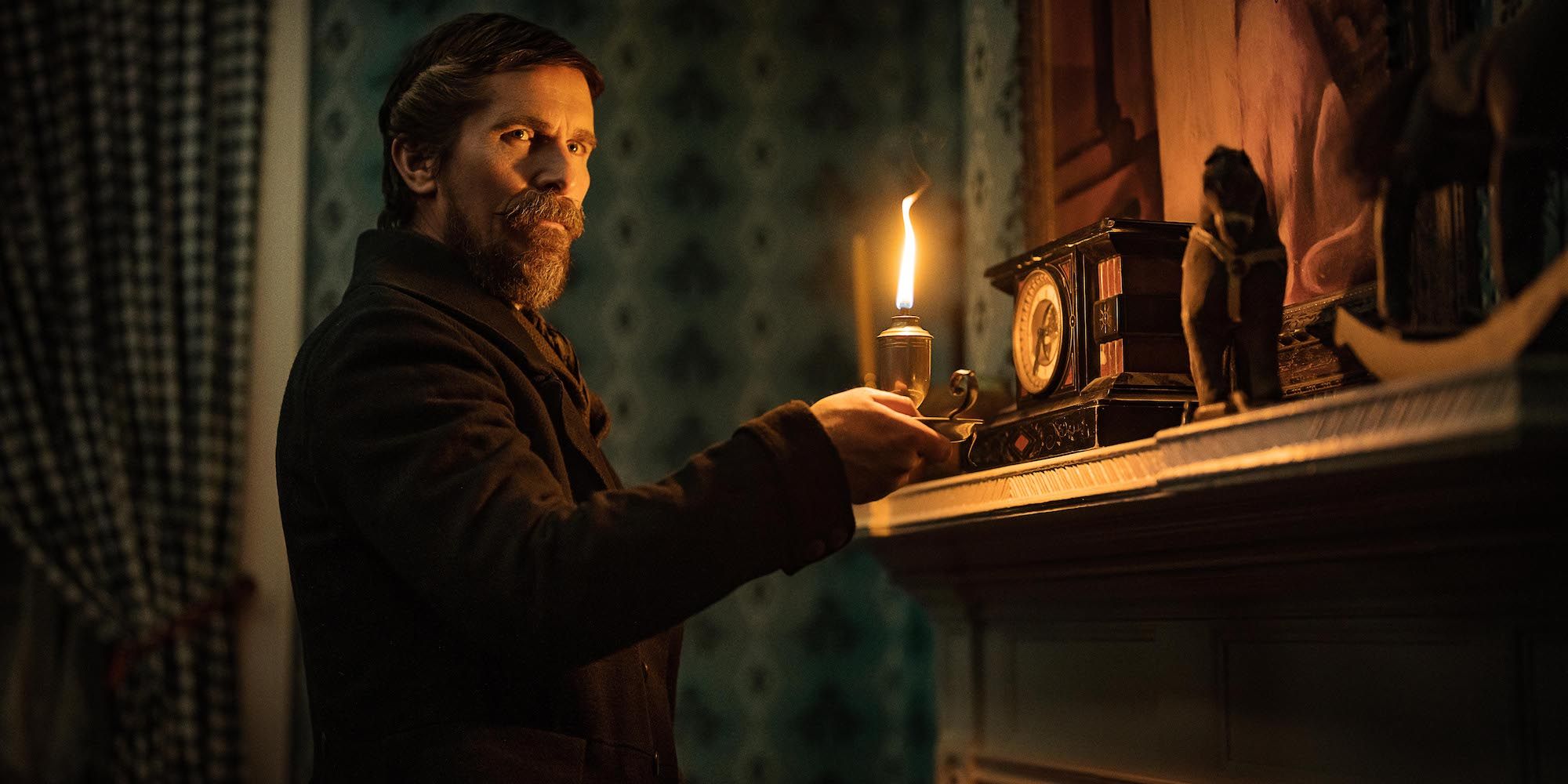 The Pale Blue Eye, based on the novel by Louis Bayard, is meant to be a gothic whodunit by design. However, it will hardly inspire a second thought.

Scott Cooper and Christian Bale have been on quite the journey together. The Pale Blue Eye is the third film in what Bale is now calling their Ethics of Revenge trilogy, with Out of the Furnace and Hostiles being the first two entries. With revenge being a loose theme that ties all three films, this collaboration has a stronger connection that has remained consistent: Bale is a great actor, whereas Cooper continues to grow as a writer-director. The Pale Blue Eye, which is based on the novel by Louis Bayard, is meant to be a gothic whodunit by design; it can be viewed a second or third time to uncover details or clues missed during the first viewing. However, once it ends, it will hardly inspire a second viewing, much less a second thought.

The Pale Blue Eye follows famed veteran detective Augustus Landor (Christian Bale), who has been summoned to the United States Military Academy in West Point on a most urgent matter — a cadet has been hanged, and his body has been mutilated. Fearing that satanic practices may be taking place at the academy, Landor is charged with solving the mystery with his outstanding talent for cracking complex cases. This time, he finds himself with an unusual but willing partner: Edgar Allan Poe (Harry Melling), the talkative cadet seeking the chance to be stimulated in ways where the academy has failed. Landor and Poe seek out the truth and find that the violent act may appear monstrous, but the motives behind it are as human as they come.

The Pale Blue Eye showcases Cooper’s growth as a filmmaker, especially as one who creates a distinct atmosphere for his stories to thrive in. Cooper is capable of crafting a visual language that adds layers and texture to his stories but, most impressively, captures the audience’s attention. Production-wise, The Pale Blue Eye is as immaculate as it can be. The costuming and production design are deliciously gothic, with Masanobu Takayanagi’s cinematography capitalizes on the story’s dark themes and is the perfect bow that ties everything together. The Pale Blue Eye looks good; that is undeniable. However, Cooper’s flaw still rests in the same place as his other features, which is in his storytelling abilities.

The Pale Blue Eye is technically fine, and very little warrants complaints in that regard. However, Cooper fails to pace his story to create the tension and sense of danger the third act desperately needs. The characters are stifled despite the overwhelmingly non-American ensemble being fully on board. Charlotte Gainsbourg, Gillian Anderson and Lucy Boynton suffer the most, their characters little more than set dressing. Gainsbourg is perhaps the most astounding waste as she is merely a sounding board for Bale’s Landor. The pair also have no chemistry. Anderson and Boynton play critical roles in the mystery, but due to limited screen time and Cooper’s failure to plot his narrative compellingly, both fall to the wayside. Anderson’s creative choices come across as more silly than purposeful.

The failings in the story are reflected in the poor characterizations, but only through one character do we see Cooper’s vision shine the brightest. Bale is excellent, and there is little doubt about his gifts as an actor. However, when it comes to a murder mystery that dabbles in the occult, but primarily revolves around the darkness of life, it’s peak gothic horror perfect for an Edgar Allan Poe-led vehicle. And yet Poe is not the lead, but a supporting character. As fictional as The Pale Blue Eye may be, the character of Edgar Allan Poe rings the most sincere and genuine. Cooper’s writing, paired with Harry Melling’s vibrant and enthusiastic portrayal, makes Poe the source of great interest in the movie. At best, he is the Watson to Landor’s Sherlock. In his own right, Landor is a compelling character, but one that Bale has already played. There is very little surprise or excitement in his performance or in Cooper’s writing of the character that garners intense attention.

The Pale Blue Eye is an example of a film being the wrong medium to tell this particular story. With a mystery that involves so many people, with nuanced relationships and narrative threads at play, Cooper stumbles on how to lay out his narrative to end with a thrilling and satisfying end. The final act is rushed and discombobulating. With little done to integrate compelling characterizations into the narrative, the finale lands with a thud. As the third act closes, the two-hour runtime will feel simultaneously too long and too short. Cooper could have ramped up the pacing to create a sense of urgency and drama, or flesh out his ideas and characters in a miniseries. Either way, his growth as a filmmaker needs to extend to his writing, or his partnership with Bale will continue to offer diminishing returns.

For The Pale Blue Eye to succeed, Cooper needed to reconfigure its narrative to center Edgar Allan Poe, allowing the poet’s famed dark and macabre disposition to be the foundation of the grisly gothic mystery. Poe is a feature, not a fixture. Ultimately, The Pale Blue Eye feels like more of a missed opportunity than a story worth enjoying on its own. As far as historical fiction goes, the film fails to capitalize on its central historical figure, especially with Melling’s performance a beacon of light.

NEXT: Matilda The Musical Review: A Magical Movie That Does The Stage Show Justice

The Pale Blue Eye released in limited theaters December 23, 2022, and is streaming on Netflix January 6. The film is 128 minutes long and rated R for some violent content and bloody images.