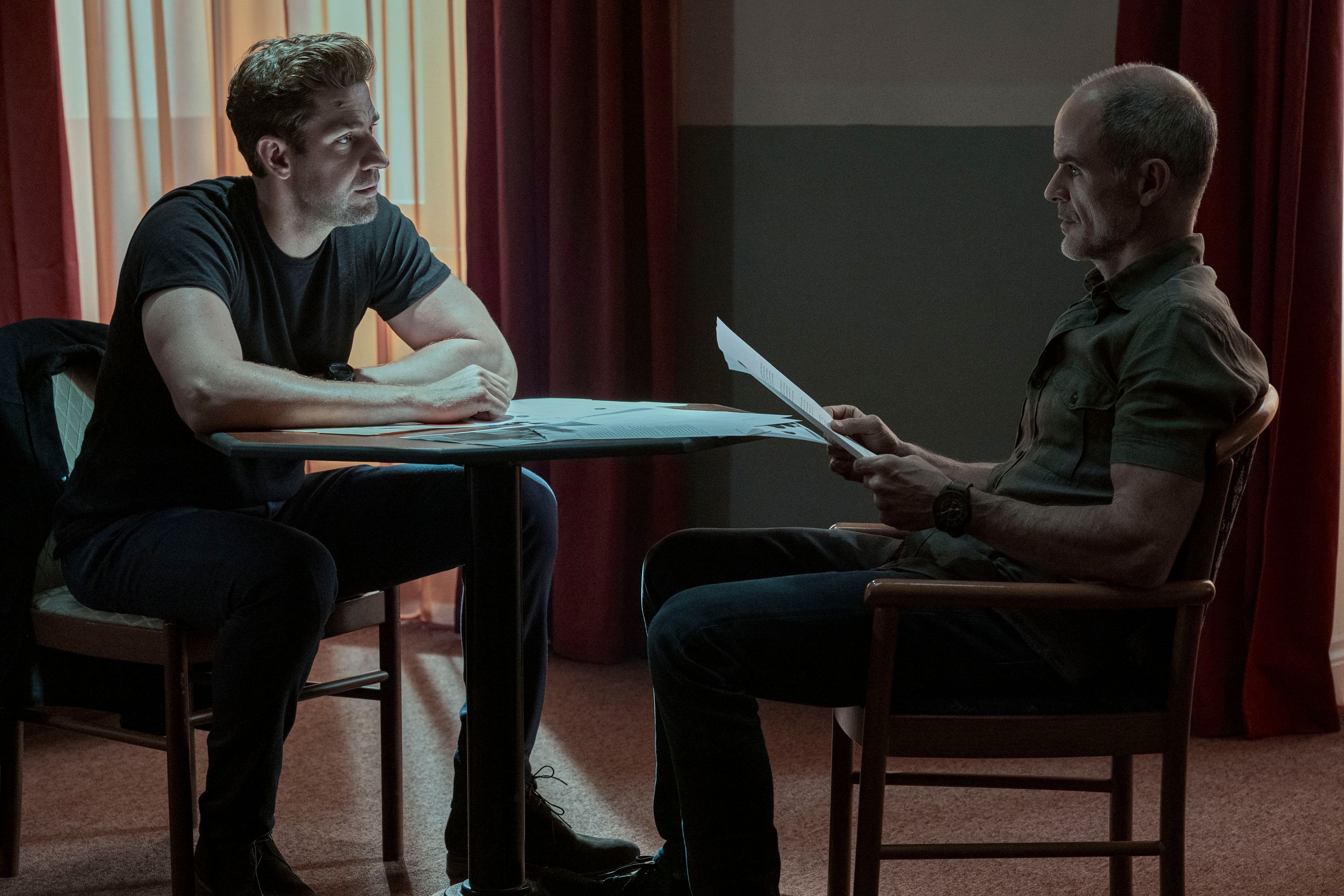 They say art imitates life. Probably that explains how all of a sudden, three decades after the end of the Cold War, American mainstream entertainment has rediscovered Russia as the big bad in their action and espionage stories. Russia’s incursions in Ukraine and Crimea have made it a threat again and Jack Ryan season 3 exploits that quite well. The titular hero is up against a new but old threat – some old Russian loyalists trying to bring back the Soviet Republic to life. The concept is old but the treatment has finesse. On top of that is John Krasinski’s screen presence and earnestness that makes it all the more believable. Also read: John Krasinski on Jack Ryan S3 and why he’ll always be ‘Jim from The Office’

Jack Ryan, the analyst-turned-agent of CIA, has discovered a new threat. Some Russian loyalists have revived the Sokol Project, a Cold War-era secret plan to strengthen and revive the USSR. The catch is that his agency seniors don’t believe him. So he must go rogue and alone (with the help of a few old friends) in a bid to foil the plan and potentially avert a nuclear war.

The first two seasons of the Prime Video show received praise for their tone, action, and of course, lead star John Krasinski’s performance. The Jack Ryan we meet in season 3 is much more confident and seasoned. His wisecracks and jokes are more measured. But he also looks wearier as the weight of mission after mission is bearing down on him. John Krasinski was born to play this role, just as he was born to play Jim Halpert. The actor further strengthens his credentials as a versatile chameleon with a competent performance that reels in the audience and keeps them engaged. If he was British, Jack Ryan season 3 could very well have been John’s James Bond audition.

The choice to keep Ryan out of his comfort zone this time makes the season different from the previous ones and also keeps the audiences guessing. The writing is as good as the plot allows it to be. There is only so much a stale and predictable plot can give room for but the writers still manage with some brilliant action set pieces and chase sequences. One particular sequence, involving a convoy, a tunnel and a nuclear bomb (no spoilers) was cleverly written and well executed. However, in between the action, the politics of the plot is lazy and boring. The players are predictable and their motives very old. US needs to look at a new bogeyman that isn’t the Soviet Union. Everything there has been done to death.

Despite the absence of novelty, Jack Ryan is a good show and season 3, in parts, surpasses even its predecessors. That is largely due to the cinematography, direction, and a brilliant primary cast. The highlight of the season, for me, is the chemistry between Ryan and Mike November (played smoothly by Michael Kelly). Just like John is discovering his action star range, Michael is discovering hidden talent at situational comedy. Their one-liners and jokes infuse new life in the show and keep it entertaining.

Jack Ryan season 3 is a show that succeeds despite its source material and because of its performers. Even though it has its handicaps of predictable character arcs and stereotypical villains, the show remains engaging, thrilling, and maintains good pace throughout its run. In the end, it is a fun watch that manages to stand out in the cacophony of spy thrillers populating the streaming world today. Season 3 begins streaming on Prime Video from December 21.

Aditya Roy Kapur: We were there shooting in the desert in the middle of nowhere