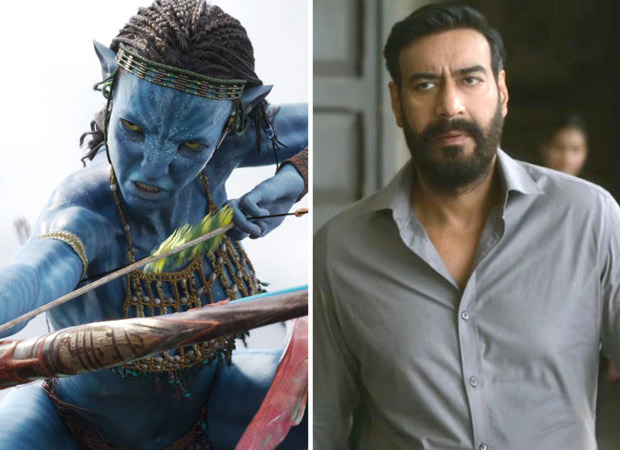 This is going to be week of records for Hollywood biggie Avatar: The Way of Water and Bollywood blockbuster Drishyam 2. Both the films would be chasing records set by their counterpart blockbusters and that too in the post-pandemic era, which is a big deal in itself. While Avatar: The Way of Water is aiming to go past Avengers: End Game, Drishyam 2 is eyeing Simmba records.

Let’s talk about the James Cameron directed sci-fi action drama first. The film had yet another huge day with Sunday collections coming to Rs. 8 crores*. It’s excellent indeed as such kind of numbers are hard to come by for the biggest of the films in their second week and here it’s all happening in the fourth week. Now something like this can happen only in case of genuine blockbusters and Avatar: The Way of Water is one such huge film which has been doing excellent business globally. The film had collected Rs. 362 crores* so far and today, it should go past Avengers: End Game lifetime of Rs. 364 crores.

On the other hand Drishyam 2 had another excellent day as the collections nearly went past the Rs. 1 crore mark all over again. To think of it, this is eighth week in the running for the Ajay Devgn starrer and soon the film will also be available on OTT. Still, the footfalls are continuing to be quite good at the theatres where the film is running and that resulted in yet another growth in collections from Friday to Saturday and now Sunday. So far, the film’s haul stands at Rs. 238.66 crores and soon enough, it will go past the lifetime score of another huge success, Simmba [Rs. 240.31 crores].