Athiya Shetty, KL Rahul are now married; Suniel Shetty says ‘like to be a father, not father-in-law’ 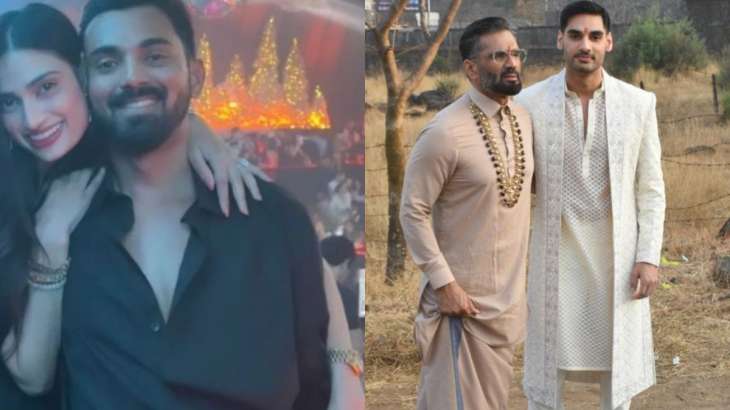 Athiya Shetty and KL Rahul sealed their love forever in the holy bond of matrimony on January 23 in Suniel Shetty’s Khandala home. The intimate wedding ceremony saw only the couple’s close friends and family members in attendance. The couple opted for a low-key and private wedding ceremony and guests had to follow a strict no-phone policy. After they tied the knot on Monday evening, Athiya and KL will pose for photos for the media stationed in the vicinity of the venue.

Athiya Shetty and KL Rahul are now a married couple

For the longest time, Athiya Shetty and KL Rahul had kept the fans guessing about their romantic link-up. Even as they were snapped together, the Bollywood actress accompanied the Indian cricketer on his tours and they dropped in love-filled comments on each other’s social media uploads, Athiya and KL never really confirmed their romance in public. Now, they have made it official after tying the knot as per the Mangalorean rituals. They will soon pose for photos as a married couple.

Athiya and KL Rahul wed as per Mangalorean rituals

The shubh muhurat for Athiya and KL Rahul’s wedding was set for 4.30 pm. The celebrity lovebirds are now man and wife. The marriage was solemnised in a traditional manner in Mangalorean style. Members of both families were present in their marriage. Apart from this, KL Rahul’s friends cricketers Ishant Sharma and Varun Aaron, and Athiya’s friends Diana Penty, Anshula Kapoor and Krishna Shroff attended the marriage ceremony in Khandala on Monday.

After the wedding, Suniel Shetty and his son Ahan Shetty greeted the media stationed outside the venue and said that he would like to be a father to KL and not a father-in-law. They also distributed sweets to those waiting outside the venue for a glimpse of the newly married couple.