Rakhi Sawant reveals she suffered a miscarriage: ‘Everyone thought it was a joke’ 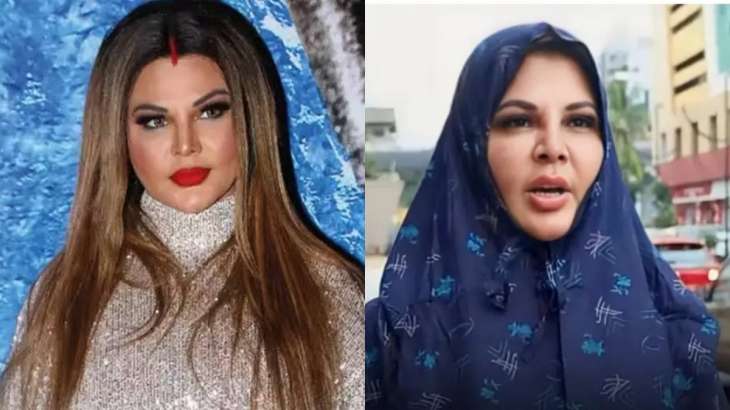 It seems Rakhi Sawant is not going to stop being the queen of controversies. Days after announcing her marriage to boyfriend Adil Khan Durrani, Rakhi revealed that she had a miscarriage. The actress shared the heartbreaking news while talking to the popular paparazzo Viral Bhayani. She talked about how she announced her pregnancy on Bigg Boss Marathi but everyone thought ‘it was a joke’.

According to the post shared by the celebrity photographer Viral Bhayani on his Instagram handle, the TV actress said that “everyone thought it was a joke,” when she announced about her her pregnancy on Bigg Boss Marathi. During the conversation with him, she revealed, “Yes bhai I was pregnant and I had announced the same on Bigg Boss Marathi show. But everyone thought it was a joke and did not take it very seriously. Rakhi Sawant also confirmed she had a miscarriage.

After her marriage, Rakhi claimed that Adil called their wedding ‘fake’. She broke down while talking to the shutterbugs but she later revealed that it was Salman Khan who saved their marriage. “Bhai (Salman) inko bohut pyaar karte hai. Bhai se mile bhi hai. Definitely bhai ka phone toh aaya hi hai inko. Aap jaante hi hai karwaya hi hai (My brother loves him a lot. He has met my brother also. Definitely he got a call from my brother. You know it was done),” Rakhi said.

Besides this, a video took over social media in which Rakhi was seen interacting with paparazzi outside the hospital where her mother is currently admitted. She told them that Ambani who was referred to be Mukesh Ambani, has been helping her with her mother’s treatment.

Rakhi’s wedding stirred the internet after she was seen sobbing about being betrayed, Rakhi told ETimes that they had a court wedding in 2022 after knowing each other for three months. “We had a nikaah ceremony and a court marriage. Since he stopped me from disclosing it, I remained tightlipped for the past seven months. He felt that it would be difficult to find a suitor for his sister if people knew about our marriage. According to him, tum Rakhi Sawant ke saath judoge toh tumne badnaami lee hai (If you associate yourself with Rakhi Sawant then that means you have invited shame).” However, in an interview, Adil refuted the news, claiming that they are not married.

Following Adil’s reactions, Rakhi Sawant was left with teary eyes, she said “Is he mad? I have given all the proof of marriage. I don’t know the reason behind his denial. I trusted him blindly and got married seven months ago. He asked me not to reveal their marriage for a year because of his sister’s wedding. I trusted him and went to Bigg Boss Marathi 4 house.”

Also Read: Bigg Boss 16: Ekta Kapoor to announce collaboration with Dibakar Banerjee for LSD 2 on the show? Deets inside