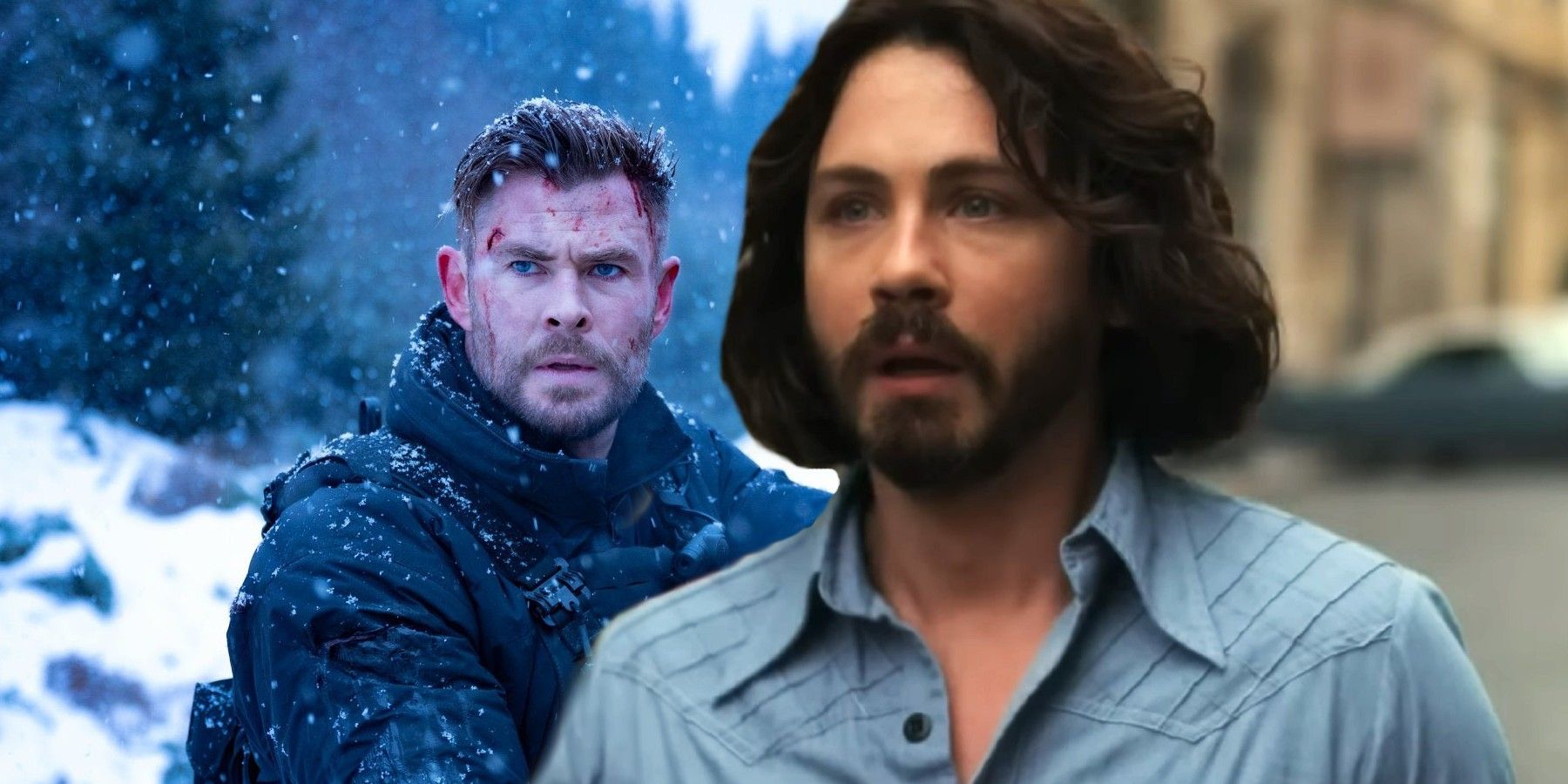 Hunters star Logan Lerman let Chris Hemsworth believe he was an Extraction 2 stuntman after the Thor actor failed to recognize him in a gym.

Logan Lerman hilariously didn’t correct Chris Hemsworth after the Extraction 2 star mistakenly thought Lerman was a stuntman on the film. Extraction premiered in 2020 on Netflix, quickly becoming one of the most successful original movies for the streamer by gathering a staggering 99 million households in its first month of release, the best ever premiere for a Netflix original movie at the time. Extraction was directed by Sam Hargrave in his feature directorial debut and had a script penned by Joe Russo based on the comic book Ciudad. Its sequel, Extraction 2, will debut this year.

During an interview on The Tonight Show Starring Jimmy Fallon, Lerman recalled his funny encounter with Hemsworth in Prague.

Lerman was there to shoot Hunters season 2 when he stumbled upon Hemsworth, who was in town filming Extraction 2. According to Lerman, Hemsworth had no idea of who he was and thought the actor actually was a stuntman on Extraction 2. Check out the full quote below:

Yeah, we were shooting in Prague, and they had another production. This is so funny. But Chris Hemsworth was staying there, and he’s filming. Basically, they’re doing like Extraction 2, and we’re filming out there. This is an action show, so you have to do — you know, to continue working out and things like that. So I’d always go to the gym, and I’d be stuck, just me and Chris Hemsworth. And there’s nothing more emasculating than working out next to Chris Hemsworth. And mind you, mind you, he has no idea who I am. And we’re down there often, and we start talking. And for some reason he thought I was a stunt guy on his movie. And so — I never told him that I wasn’t, so I just, like, told — like, pretended I was just the stunt guy, you know, on his film, like, showing up every day. I’m like, “Yeah, work was crazy yesterday in the prison set.” “Yeah, for sure. Definitely. I know what you mean.”

Related: Extraction: Netflix Almost Made One Mistake That Would’ve Killed The Movie

Extraction‘s ending didn’t confirm whether Hemsworth’s Tyler was dead. The Netflix movie ended ambiguously, with the mercenary Tyler Rake being shot in the neck and falling from a bridge into a river below, seemingly dying. However, following an 8-month time jump, the teenager Rake had saved, Ovi, was seen in his school’s swimming pool practicing holding his breath, in a scene that mirrored Hemsworth’s first in the movie. Ovi surfaces to see a blurred vision of a man, who appears to be Tyler, watching him.

Extraction was so successful for Netflix that the Russo brothers have started to actively plan the expansion of the franchise, not just through Extraction 2, but through a bona fide cinematic universe. Extraction 2‘s intense action scenes got a special preview through a behind-the-scenes teaser trailer shown at Netflix’s 2022 TUDUM event. With Hemsworth going all in on the franchise’s stunts, it stands to reason that he, as an actor who loves physicality in his movies, would be game to stay in the Extraction universe for the long run. Therefore, it seems likely that Extraction 2 will lay the groundwork for additional installments, whether it be by setting up spinoffs or leaving dangling threads for a third movie.

Before expansion plans begin to take form for the Extraction universe, there’s a big question that Extraction 2 has to answer: How is Tyler Rake alive? Extraction 2 confirmed Hemsworth’s character survived through its teaser trailer, but audiences last saw Tyler badly injured and shot in the neck, falling from a bridge into a river. The Russo brothers and Hargrave will hopefully give audiences a plausible explanation for such a far-fetched “resurrection” of Tyler Rake when Extraction 2 premieres in 2023.

Next: Hemsworth’s Extraction 2 Action Scenes Beat Anything The MCU’s Thor Did